What are the spectroscopic binaries with high-mass functions near the Gaia DR3 main sequence?

The third data release of the Gaia mission includes orbital solutions for >105 single-lined spectroscopic binaries, representing more than an order of magnitude increase in sample size over all previous studies. This data set is a treasure trove for searches for quiescent black hole + normal star binaries. We investigate one population of black hole candidate binaries highlighted in the data release: sources near the main sequence in the colour-magnitude diagram (CMD) with dynamically inferred companion masses M2 larger than the CMD-inferred mass of the luminous star. We model light curves, spectral energy distributions, and archival spectra of the 14 such objects in DR3 with high-significance orbital solutions and inferred $M_2 \gt 3\, {\rm M}_{\odot }$. We find that 100 per cent of these sources are mass-transfer binaries containing a highly stripped lower giant donor (0.2 ≲ M/M⊙ ≲ 0.4) and much more massive (2 ≲ M/M⊙ ≲ 2.5) main-sequence accretor. The Gaia orbital solutions are for the donors, which contribute about half the light in the Gaia RVS bandpass but only $\lesssim 20{{\ \rm per\ cent}}$ in the g band. The accretors' broad spectral features likely prevented the sources from being classified as double-lined. The donors are all close to Roche lobe filling ($R/R_{\rm Roche\, lobe}\gt 0.8$), but modelling suggests that a majority are detached ($R/R_{\rm Roche\, lobe}\lt 1$). Binary evolution models predict that these systems will soon become detached helium white dwarf + main-sequence 'EL CVn' binaries. Our investigation highlights both the power of Gaia data for selecting interesting subpopulations of binaries and the ways in which binary evolution can bamboozle standard CMD-based stellar-mass estimates. 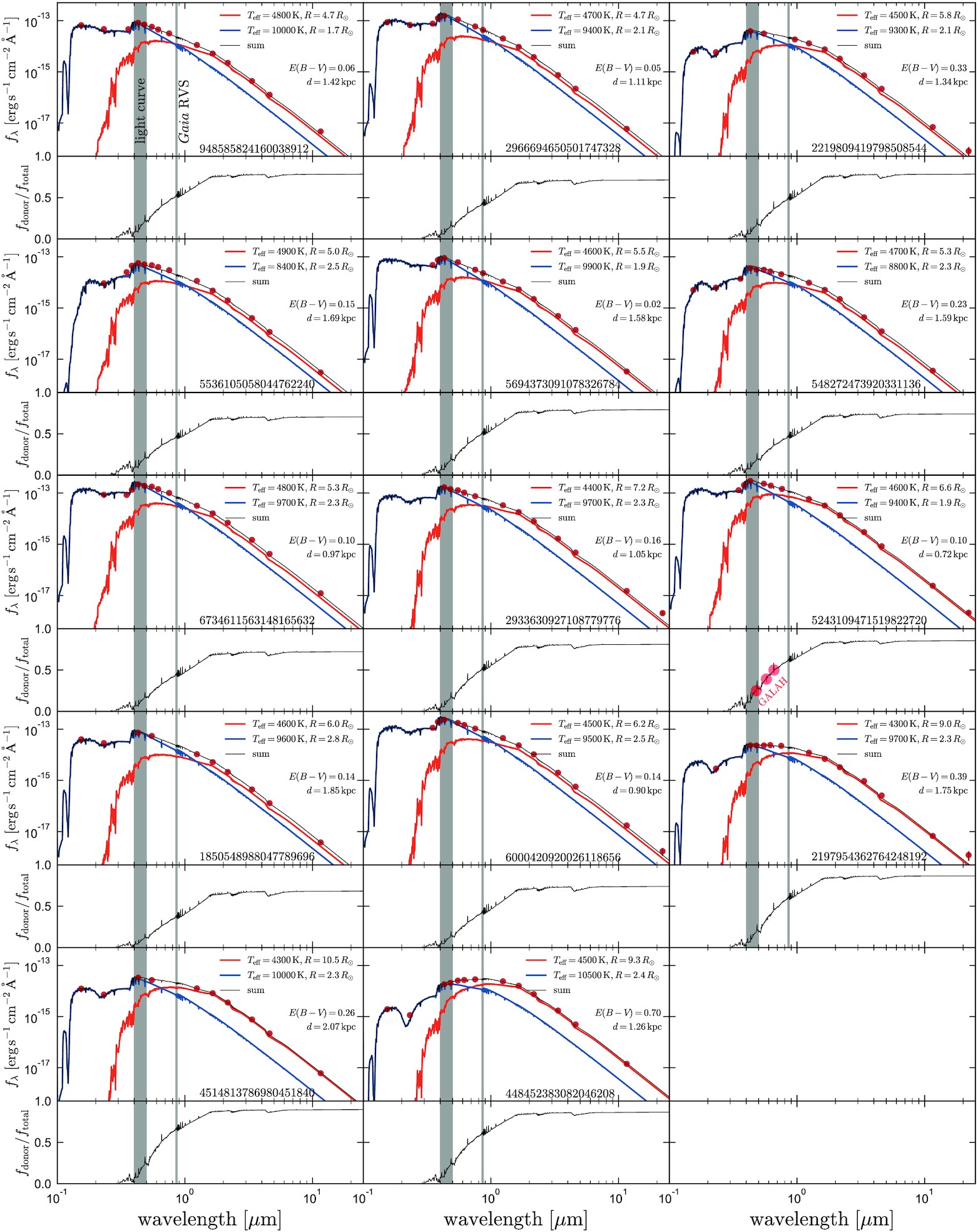