Planet formation in protoplanetary discs requires dust grains to coagulate from the sub-micron sizes that are found in the interstellar medium into much larger objects. For the first time, we study the growth of dust grains during the earliest phases of star formation using three-dimensional hydrodynamical simulations. We begin with a typical interstellar dust grain size distribution and study dust growth during the collapse of a molecular cloud core and the evolution of the first hydrostatic core, prior to the formation of the stellar core. We examine how the dust size distribution evolves both spatially and temporarily. We find that the envelope maintains its initial population of small dust grains with little growth during these phases, except that in the inner few hundreds of au the smallest grains are depleted. However, once the first hydrostatic core forms rapid dust growth to sizes in excess of 100 μm occurs within the core (before stellar core formation). Progressively larger grains are produced at smaller distances from the centre of the core. In rapidly rotating molecular cloud cores, the 'first hydrostatic core' that forms is better described as a pre-stellar disc that may be gravitationally unstable. In such cases, grain growth is more rapid in the spiral density waves leading to the larger grains being preferentially found in the spiral waves even though there is no migration of grains relative to the gas. Thus, the grain size distribution can vary substantially in the first core/pre-stellar disc even at these very early times. 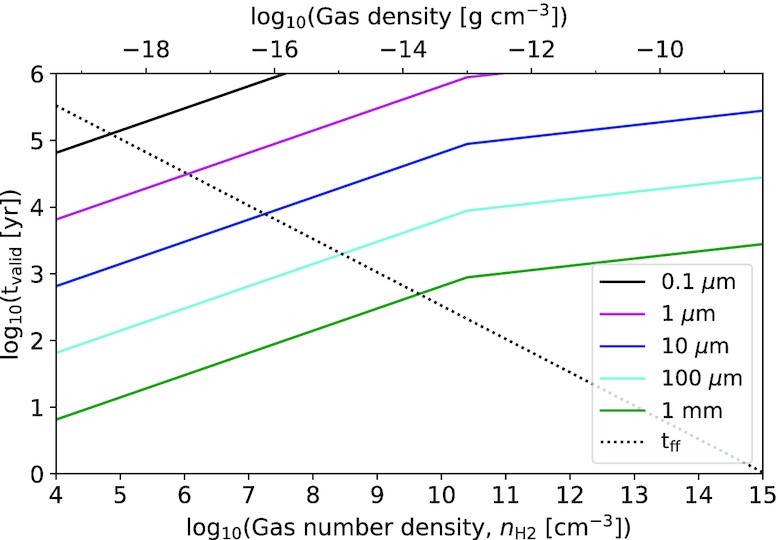