The Great Planetary Heist: theft and capture in star-forming regions

Gravitational interactions in star-forming regions are capable of disrupting and destroying planetary systems, as well as creating new ones. In particular, a planet can be stolen, where it is directly exchanged between passing stars during an interaction; or captured, where a planet is first ejected from its birth system and is free-floating for a period of time, before being captured by a passing star. We perform sets of direct N-body simulations of young, substructured star-forming regions, and follow their evolution for 10 Myr in order to determine how many planets are stolen and captured, and their respective orbital properties. We show that in high-density star-forming regions, stolen and captured planets have distinct properties. The semimajor axis distribution of captured planets is significantly skewed to wider orbits compared to the semimajor axis distribution of stolen planets and planets that are still orbiting their parent star (preserved planets). However, the eccentricity and inclination distributions of captured and stolen planets are similar, but in turn very different to the inclination and eccentricity distributions of preserved planets. In low-density star-forming regions these differences are not as distinct but could still, in principle, be used to determine whether observed exoplanets have likely formed in situ or have been stolen or captured. We find that the initial degree of spatial and kinematic substructure in a star-forming region is as important a factor as the stellar density in determining whether a planetary system will be altered, disrupted, captured, or stolen. 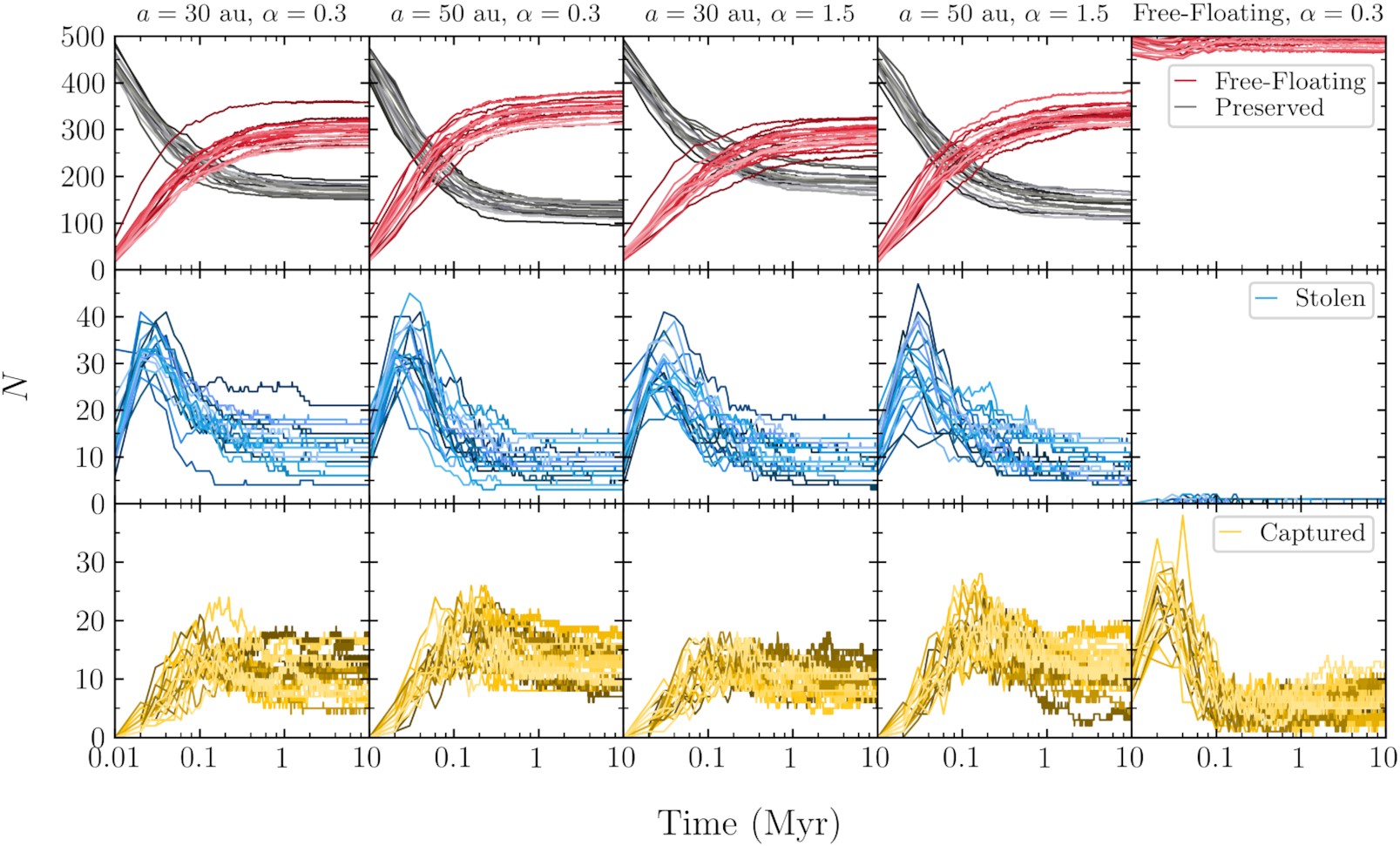