Supernova (SN) feedback plays a crucial role in simulations of galaxy formation. Because blast waves from individual SNe occur on scales that remain unresolved in modern cosmological simulations, SN feedback must be implemented as a subgrid model. Differences in the manner in which SN energy is coupled to the local interstellar medium and in which excessive radiative losses are prevented have resulted in a zoo of models used by different groups. However, the importance of the selection of resolution elements around young stellar particles for SN feedback has largely been overlooked. In this work, we examine various selection methods using the smoothed particle hydrodynamics code SWIFT. We run a suite of isolated disc galaxy simulations of a Milky Way-mass galaxy and small cosmological volumes, all with the thermal stochastic SN feedback model used in the EAGLE simulations. We complement the original mass-weighted neighbour selection with a novel algorithm guaranteeing that the SN energy distribution is as close to isotropic as possible. Additionally, we consider algorithms where the energy is injected into the closest, least dense, or most dense neighbour. We show that different neighbour-selection strategies cause significant variations in star formation rates, gas densities, wind mass-loading factors, and galaxy morphology. The isotropic method results in more efficient feedback than the conventional mass-weighted selection. We conclude that the manner in which the feedback energy is distributed among the resolution elements surrounding a feedback event is as important as changing the amount of energy by factors of a few. 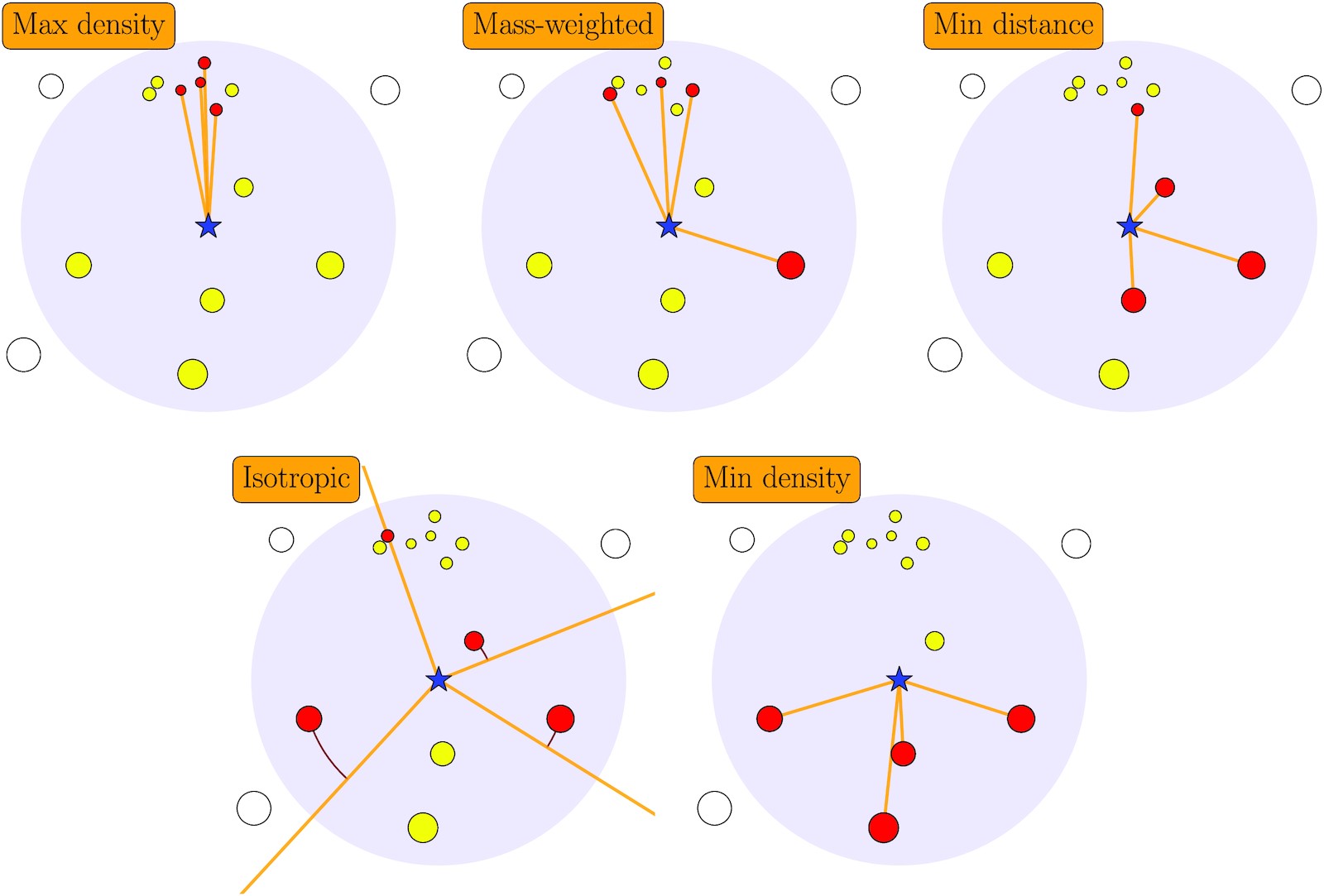