Planets that closely orbit magnetically active stars are thought to be able to interact with their magnetic fields in a way that modulates stellar activity. This modulation in phase with the planetary orbit, such as enhanced X-ray activity, chromospheric spots, radio emission, or flares, is considered the clearest sign of magnetic star-planet interaction (SPI). However, the magnitude of this interaction is poorly constrained, and the intermittent nature of the interaction is a challenge for observers. AU Mic is an early M dwarf, and the most actively flaring planet host detected to date. Its innermost companion, AU Mic b, is a promising target for magnetic SPI observations. We used optical light curves of AU Mic obtained by the Transiting Exoplanet Survey Satellite to search for signs of flaring SPI with AU Mic b using a customized Anderson-Darling test. In the about 50 d of observations, the flare distributions with orbital, rotational, and synodic periods were generally consistent with intrinsic stellar flaring. We found the strongest deviation (p = 0.07, n = 71) from intrinsic flaring with the orbital period of AU Mic b, in the high-energy half of our sample (ED > 1 s). If it reflects the true SPI signal from AU Mic b, extending the observing time by a factor of 2-3 will yield a >3σ detection. Continued monitoring of AU Mic may therefore reveal flaring SPI with orbital phase, while rotational modulation will smear out due to the star's strong differential rotation. 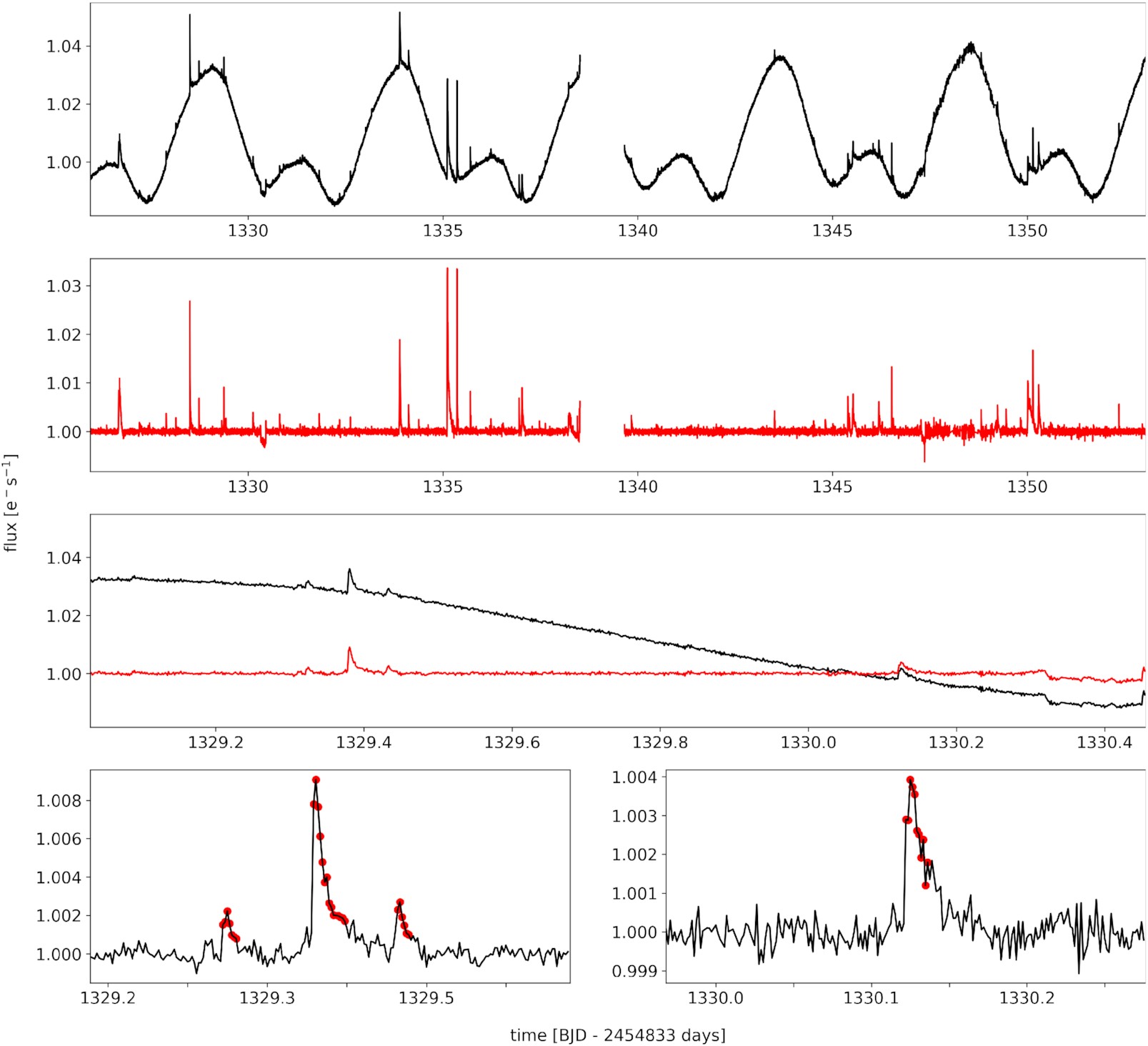