Discoveries and timing of pulsars in NGC 6440

Using the MeerKAT radio telescope, a series of observations have been conducted to time the known pulsars and search for new pulsars in the globular cluster NGC 6440. As a result, two pulsars have been discovered, NGC 6440G and NGC 6440H, one of which is isolated and the other a non-eclipsing (at frequencies above 962 MHz) 'Black Widow', with a very low mass companion (Mc > 0.006 M⊙). It joins the other binary pulsars discovered so far in this cluster that all have low companion masses (Mc < 0.30 M⊙). We present the results of long-term timing solutions obtained using data from both Green Bank and MeerKAT telescopes for these two new pulsars and an analysis of the pulsars NGC 6440C and NGC 6440D. For the isolated pulsar NGC 6440C, we searched for planets using a Markov chain Monte Carlo technique. We find evidence for significant unmodelled variations but they cannot be well modelled as planets nor as part of a power-law red-noise process. Studies of the eclipses of the 'Redback' pulsar NGC 6440D at two different frequency bands reveal a frequency dependence with longer and asymmetric eclipses at lower frequencies (962-1283 MHz). 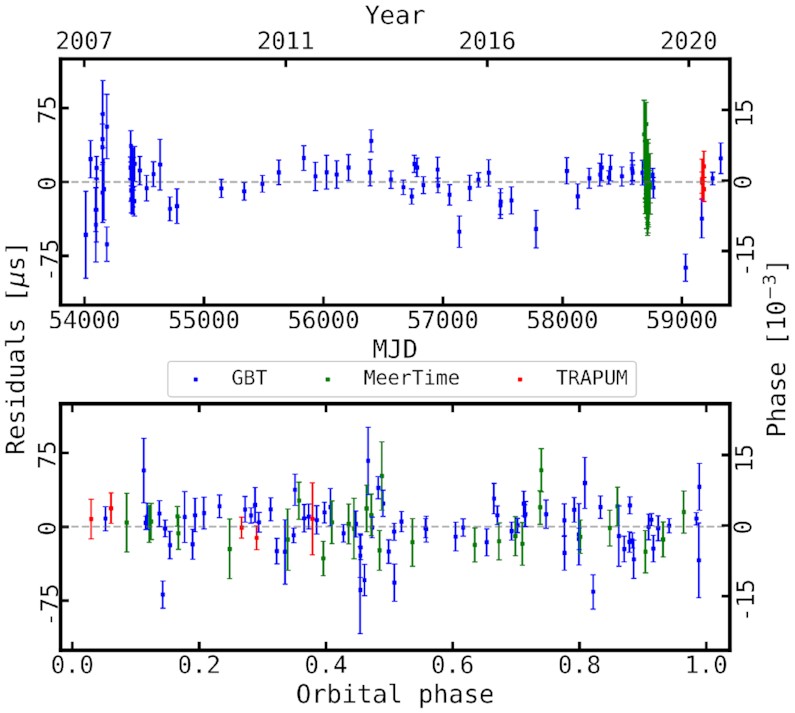