A dynamics-based density profile for dark haloes - I. Algorithm and basic results

The density profiles of dark matter haloes can potentially probe dynamics, fundamental physics, and cosmology, but some of the most promising signals reside near or beyond the virial radius. While these scales have recently become observable, the profiles at large radii are still poorly understood theoretically, chiefly because the distribution of orbiting matter (the one-halo term) is partially concealed by particles falling into haloes for the first time. We present an algorithm to dynamically disentangle the orbiting and infalling contributions by counting the pericentric passages of billions of simulation particles. We analyse dynamically split profiles out to 10 R200m across a wide range of halo mass, redshift, and cosmology. We show that the orbiting term experiences a sharp truncation at the edge of the orbit distribution. Its sharpness and position are mostly determined by the mass accretion rate, confirming that the entire profile shape primarily depends on halo dynamics and secondarily on mass, redshift, and cosmology. The infalling term also depends on the accretion rate for fast-accreting haloes but is mostly set by the environment for slowly accreting haloes, leading to a diverse array of shapes that does not conform to simple theoretical models. While the resulting scatter in the infalling term reaches 1 dex, the scatter in the orbiting term is only between 0.1 and 0.4 dex and almost independent of radius. We demonstrate a tight correspondence between the redshift evolution in Λ cold dark matter (ΛCDM) and the slope of the matter power spectrum. Our code and data are publicly available. 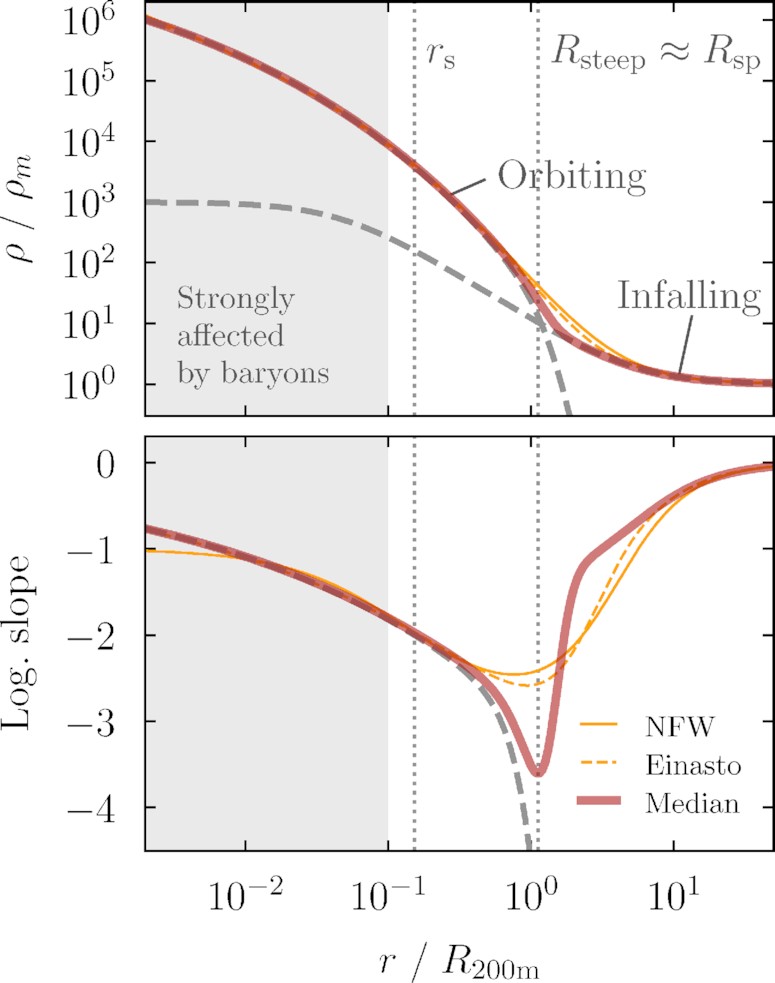