Rapidly quenched galaxies in the SIMBA cosmological simulation and observations

Galaxies with little star formation are found to have quenched over a variety of time-scales, which provides insights into the physical mechanisms responsible. Here, we examine the population of rapidly quenched galaxies (RQGs) in the SIMBA cosmological hydrodynamic simulation at 0.5 < z < 2, and compare them directly to observed post-starburst galaxies in the UKIDSS Ultra Deep Survey (UDS) via their colour distributions and mass functions. We find that the fraction of quiescent galaxies that are rapidly quenched in SIMBA at z = 1 is 59 ± 3 per cent, contributing 48 ± 5 per cent to the total mass of the red sequence, which is at the upper end of the ~25-50 per cent derived from the UDS. A similar 'downsizing' of RQGs is observed in both SIMBA and the UDS, with RQGs at higher redshift having a higher average mass. However, SIMBA produces too many RQGs at 1 < zq < 1.5 and too few low mass RQGs at 0.5 < zq < 1. Comparing colour distributions further suggests discrepancies in star formation and/or chemical enrichment histories, including an absence of short, intense starbursts in SIMBA. Our results will help inform the next generation of galaxy evolution models, particularly with respect to the quenching mechanisms employed. 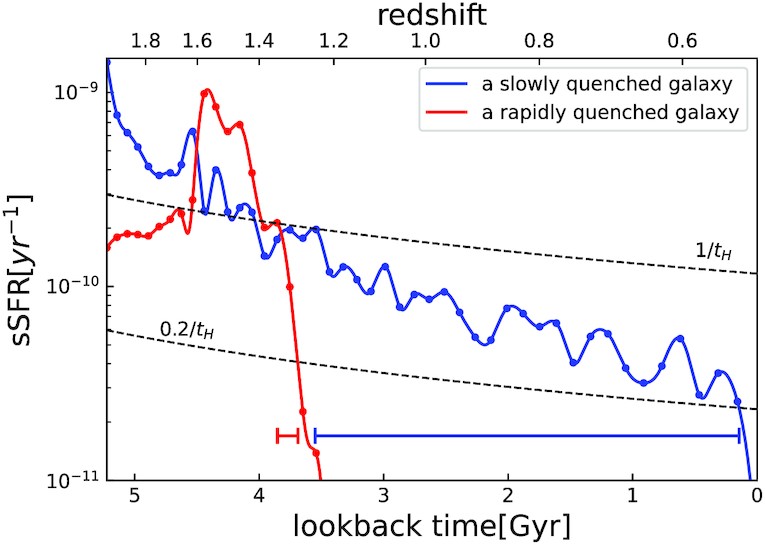