Unicorns and giraffes in the binary zoo: stripped giants with subgiant companions

We analyse two binary systems containing giant stars, V723 Mon ('the Unicorn') and 2M04123153+6738486 ('the Giraffe'). Both giants orbit more massive but less luminous companions, previously proposed to be mass-gap black holes. Spectral disentangling reveals luminous companions with star-like spectra in both systems. Joint modelling of the spectra, light curves, and spectral energy distributions robustly constrains the masses, temperatures, and radii of both components: the primaries are luminous, cool giants ($T_{\rm eff,\, giant} = 3800$ and $4000\, \rm K$, $R_{\rm giant}= 22.5$ and $25\, {\rm R}_{\odot }$) with exceptionally low masses ($M_{\rm giant} \approx 0.4\, {\rm M}_{\odot }$) that likely fill their Roche lobes. The secondaries are only slightly warmer subgiants ($T_{\rm eff,\, 2} = 5800$ and $5150\, \rm K$, $R_2= 8.3$ and $9\, {\rm R}_{\odot }$) and thus are consistent with observed UV limits that would rule out main-sequence stars with similar masses ($M_2 \approx 2.8$ and ${\approx}1.8\, {\rm M}_{\odot }$). In the Unicorn, rapid rotation blurs the spectral lines of the subgiant, making it challenging to detect even at wavelengths where it dominates the total light. Both giants have surface abundances indicative of CNO processing and subsequent envelope stripping. The properties of both systems can be reproduced by binary evolution models in which a $1{-}2\, {\rm M}_{\odot }$ primary is stripped by a companion as it ascends the giant branch. The fact that the companions are also evolved implies either that the initial mass ratio was very near unity, or that the companions are temporarily inflated due to rapid accretion. The Unicorn and Giraffe offer a window into into a rarely observed phase of binary evolution preceding the formation of wide-orbit helium white dwarfs, and eventually, compact binaries containing two helium white dwarfs. 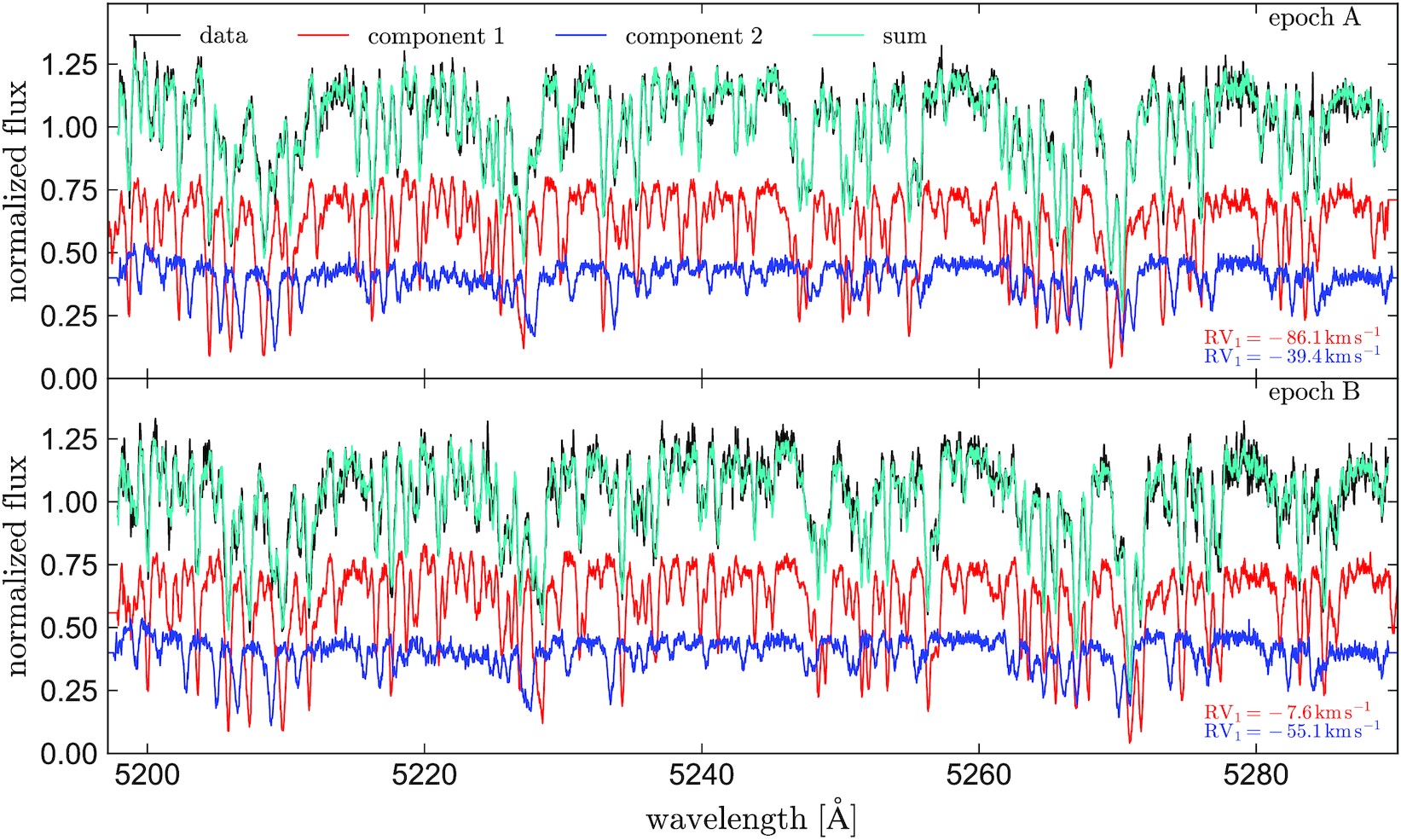