Resonant locking of two planets is an expected outcome of convergent disc migration. The planets subsequently migrate together as a resonant pair. In the context of circumbinary planets, the disc is truncated internally by the binary. If there were only a single planet, then this inner disc edge would provide a natural parking location. However, for two planets migrating together in resonance there will be a tension between the inner planet stopping at the disc edge and the outer planet continuing to be torqued inwards. In this paper, we study this effect, showing that the outcome is a function of the planet-planet mass ratio. Smaller outer planets tend to be parked in a stable exterior 2:1 or 3:2 resonance with the inner planet, which remains near the disc edge. Equal or larger mass outer planets tend to push the inner planet past the disc edge and too close to the binary, causing it to be ejected or sometimes flipped to an exterior orbit. Our simulations show that this process may explain an observed dearth of small (<3 R⊕) circumbinary planets, since small planets are frequently ejected or left on long-period orbits, for which transit detection is less likely. This may also be an effective mechanism for producing free-floating planets and interstellar interlopers like 'Oumuamua. 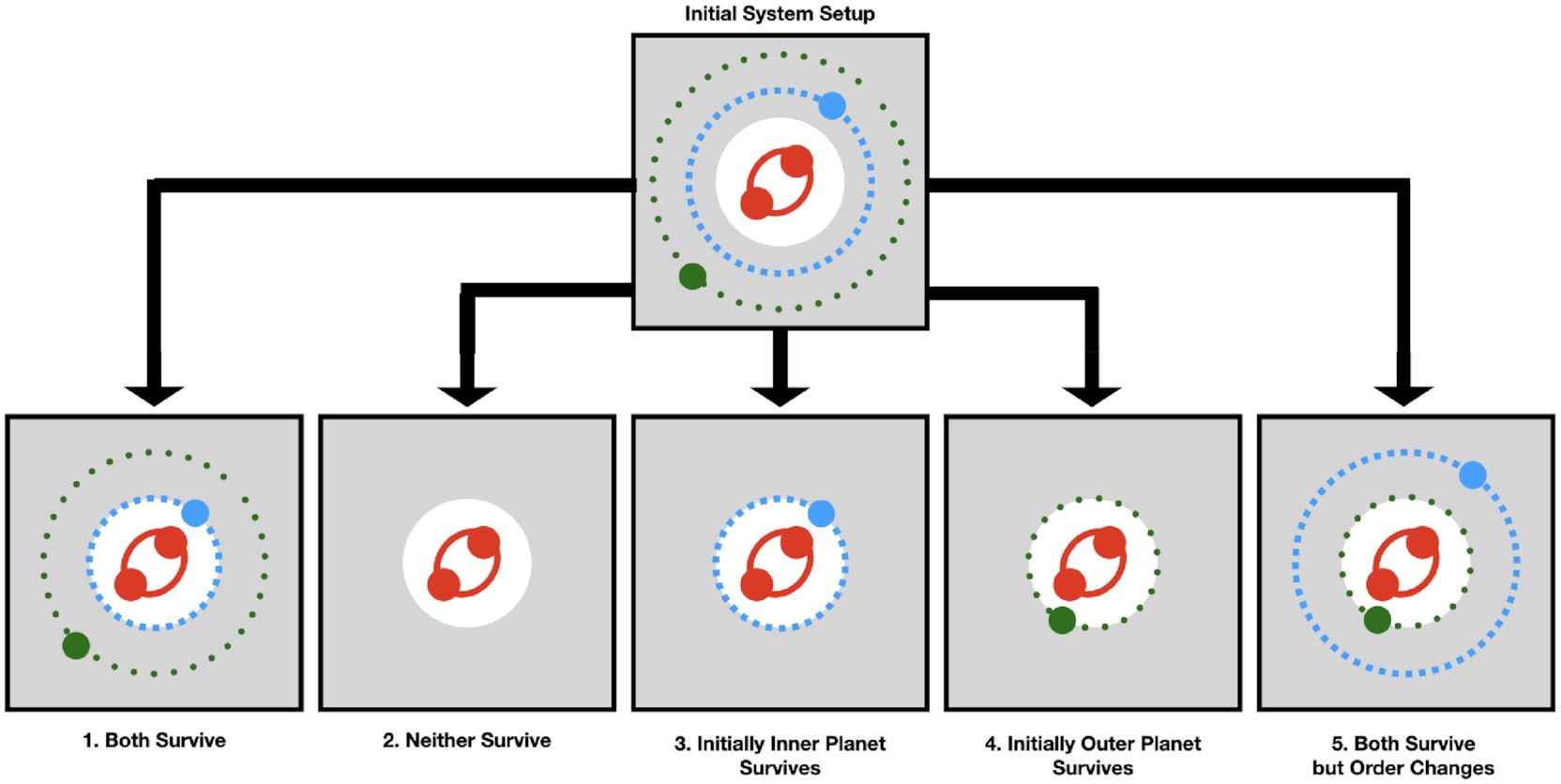