From giant clumps to clouds - II. The emergence of thick disc kinematics from the conditions of star formation in high redshift gas rich galaxies

High-redshift disc galaxies are more gas rich, clumpier, and more turbulent than local Universe galaxies. This early era of galaxy formation imprints the distribution and kinematics of the stars that we observe today, but it is not yet well established how. In this work, we use simulations of isolated Milky Way-mass disc galaxies to study how kinematic properties of stars change when varying the gas fraction. This allows us to quantify the roles played by internal processes, e.g. gas turbulence and gravitational scattering off massive gas clumps, in establishing the observed stellar velocity dispersions and orbital eccentricities. We find that models with gas fractions >20 per cent feature a turbulent and clumpy interstellar medium (ISM), leading to zero-age stellar velocity dispersions $\sim 20\!-\!30\, {\rm km\, s}^{-1}$ and high-mean orbital eccentricities. Low eccentricities cannot arise from these physical conditions. For gas fractions below 20 per cent, the ISM becomes less turbulent, with stellar velocity dispersions $\lt 10\, {\rm km\, s}^{-1}$, and nearly circular orbits for young stars. The turbulence present in gas-rich high redshift galaxies hence acts as a 'barrier' against the formation of thin discs. We compare our findings to the Milky Way's age-velocity dispersion relation and argue that velocity dispersions imprinted already at star formation by the ISM contribute significantly at all times. Finally, we show that observed orbital eccentricities in the Milky Way's thick and thin discs can be explained entirely as imprints by the star-forming ISM, rather than by mergers or secular processes. 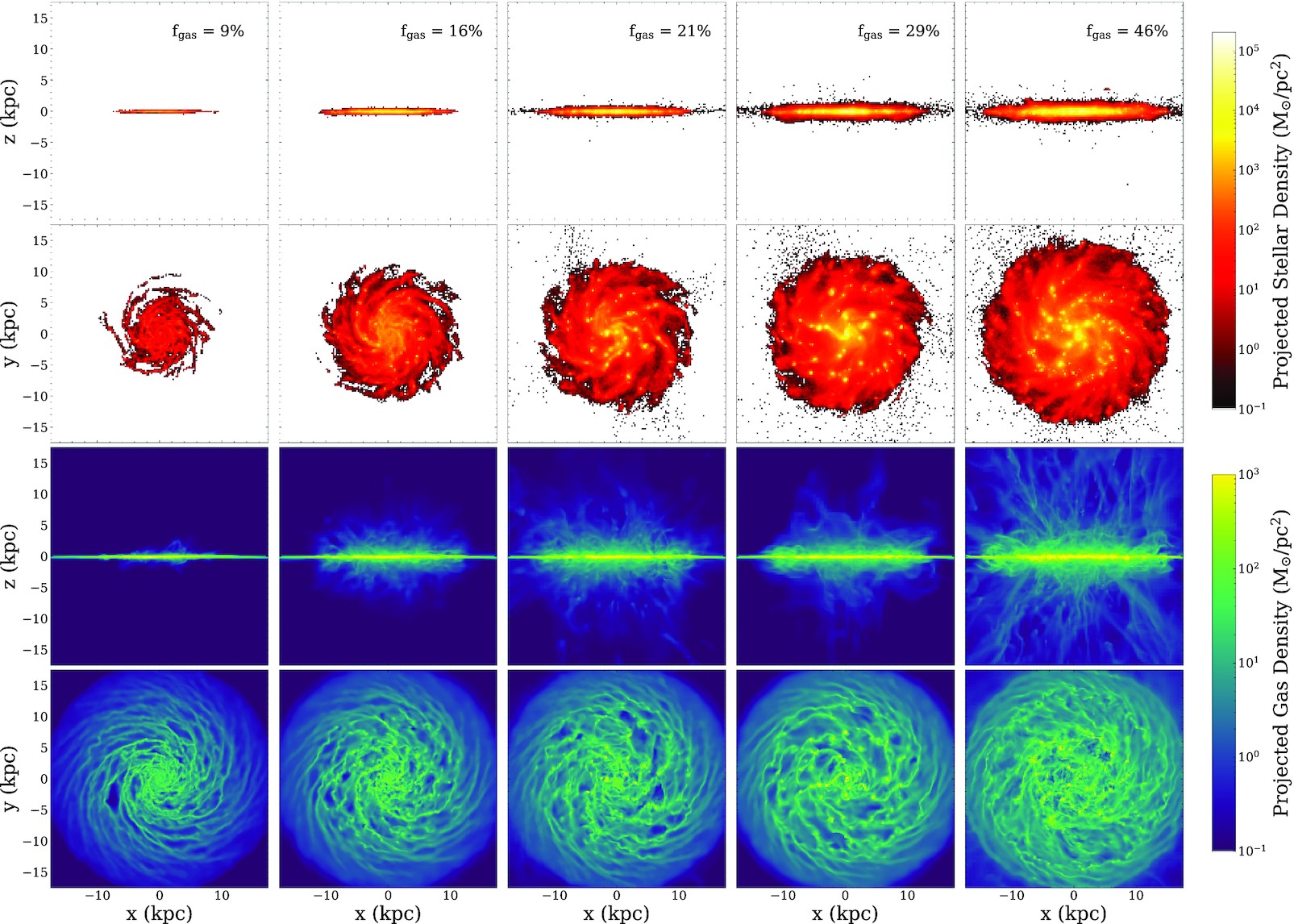