H II regions in CALIFA survey: II. The relation between their physical properties and galaxy evolution

We present here the exploration of the physical properties of the sample of H II regions and aggregations of the last H II regions catalogue of the Calar Alto Legacy Integral Field Area (CALIFA) survey. This sample comprises the optical spectroscopic properties of more than ~26 000 ionized regions corresponding to 924 galaxies from the Integral Field Spectroscopy data, including the flux intensity and equivalent widths and the properties of their underlying stellar population. In the current study, we derive a set of physical quantities for all these regions based on those properties, including (i) the fraction of young stars; (ii) the ionization strength (using six different estimations); (iii) the oxygen abundance (using 25 different calibrators); (iv) the nitrogen and nitrogen-to-oxygen abundance; (v) the dust extinction; and (vi) the electron density. Using this data set, we explore how the loci in the classical diagnostic diagrams are connected with those quantities, the radial distributions of these parameters, and the interrelations between themselves and with the properties of the underlying stellar populations. We conclude that many properties of the H II regions are tightly related to the galactic stellar evolution at the location where those regions are observed. Those properties are modulated only as a second-order effect by the properties of the ionizing stars and the ionized nebulae that do not depend on the astrophysical context in which they are formed. Our results highlight the importance of H II regions to explore the chemical evolution in galaxies, clarifying which of their properties can be used as proxies of that evolution. 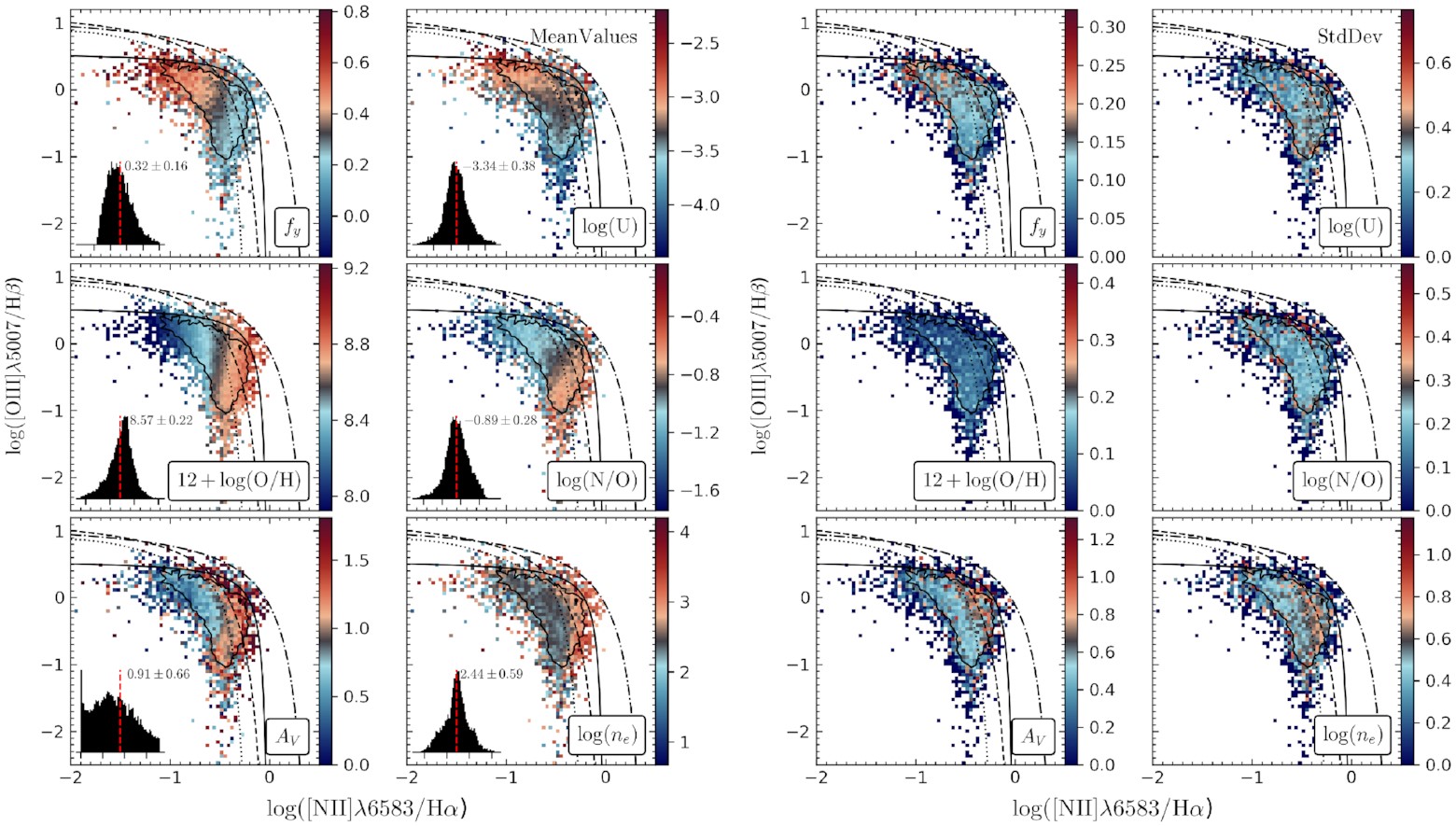