Gas inflows in the polar ring of NGC 4111: the birth of an AGN

We have used Hubble Space Telescope (HST) images, SAURON Integral Field Spectroscopy (IFS), and adaptative optics assisted Gemini NIFS near-infrared K-band IFS to map the stellar and gas distribution, excitation and kinematics of the inner few kpc of the nearby edge-on S0 galaxy NGC 4111. The HST images map its ≍450 pc diameter dusty polar ring, with an estimated gas mass ≥107 M⊙. The NIFS data cube maps the inner 110 pc radius at ≍7 pc spatial resolution, revealing a ≍220 pc diameter polar ring in hot (2267 ± 166 K) molecular H2 1-0 S(1) gas embedded in the polar ring. The stellar velocity field shows disc-dominated kinematics along the galaxy plane both in the SAURON large scale and in the NIFS nuclear-scale data. The large-scale [O III] λ5007 Å velocity field shows a superposition of two disc kinematics: one similar to that of the stars and another along the polar ring, showing non-circular motions that seem to connect with the velocity field of the nuclear H2 ring, whose kinematics indicate accelerated inflow to the nucleus. The estimated mass inflow rate is enough not only to feed an active galactic nucleus (AGN) but also to trigger circumnuclear star formation in the near future. We propose a scenario in which gas from the polar ring, which probably originated from the capture of a dwarf galaxy, is moving inwards and triggering an AGN, as supported by the local X-ray emission, which seems to be the source of the H2 1-0 S(1) excitation. The fact that we see neither near-UV nor Br γ emission suggests that the nascent AGN is still deeply buried under the optically thick dust of the polar ring. 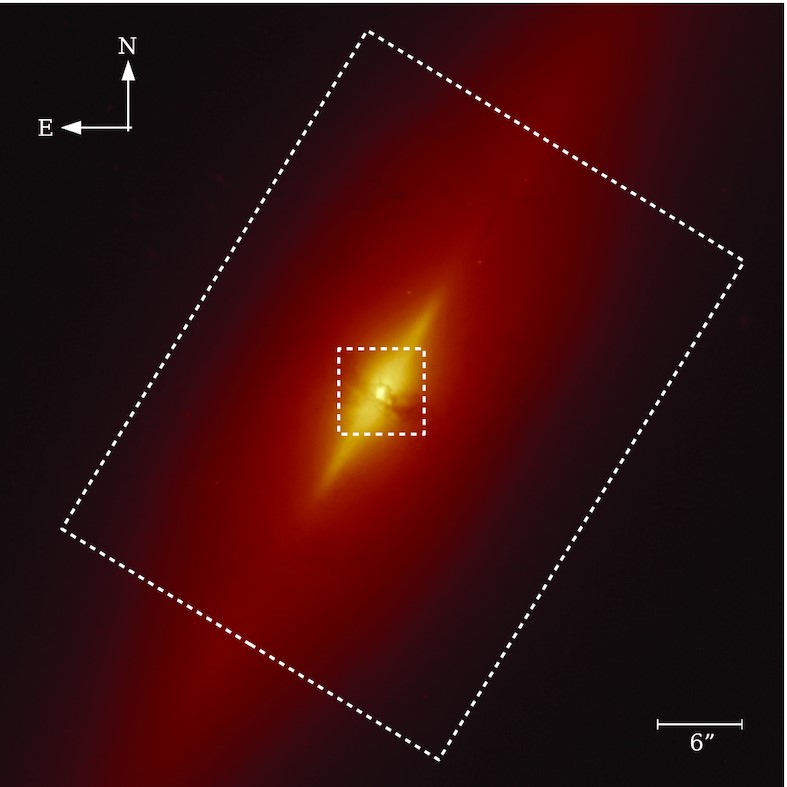