We present a new moment-based energy-integrated neutrino transport code for neutron star merger simulations in general relativity. In the merger context, ours is the first code to include Doppler effects at all orders in υ/c, retaining all non-linear neutrino-matter coupling terms. The code is validated with a stringent series of tests. We show that the inclusion of full neutrino-matter coupling terms is necessary to correctly capture the trapping of neutrinos in relativistically moving media, such as in differentially rotating merger remnants. We perform preliminary simulations proving the robustness of the scheme in simulating ab-initio mergers to black hole collapse and long-term neutron star remnants up to ${\sim }70\,$ ms. The latter is the longest dynamical space-time, 3D, general relativistic simulations with full neutrino transport to date. We compare results obtained at different resolutions and using two different closures for the moment scheme. We do not find evidences of significant out-of-thermodynamic equilibrium effects, such as bulk viscosity, on the post-merger dynamics or gravitational wave emission. Neutrino luminosities and average energies are in good agreement with theory expectations and previous simulations by other groups using similar schemes. We compare dynamical and early wind ejecta properties obtained with M1 and with our older neutrino treatment. We find that the M1 results have systematically larger proton fractions. However, the differences in the nucleosynthesis yields are modest. This work sets the basis for future detailed studies spanning a wider set of neutrino reactions, binaries, and equations of state. 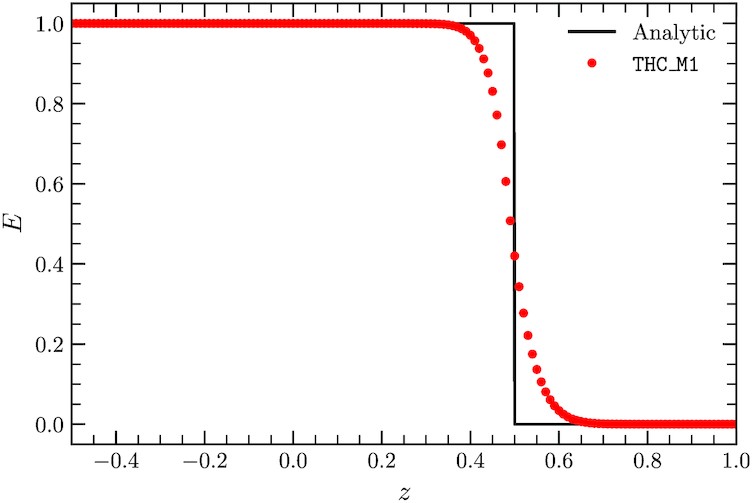