The VMC survey - XLVIII. Classical cepheids unveil the 3D geometry of the LMC

We employed the VISTA near-infrared YJKssurvey of the Magellanic System (VMC) to analyse the $Y,\, J,~\mathrm{ and}~ K_\mathrm{s}$ light curves of δ Cepheid stars (DCEPs) in the Large Magellanic Cloud (LMC). Our sample consists of 4408 objects accounting for 97 per cent of the combined list of OGLE IV and Gaia DR2 DCEPs. We determined a variety of period-luminosity (PL) and period-Wesenheit PW relationships for Fundamental (F) and First Overtone (1O) pulsators. We discovered for the first time a break in these relationships for 1O DCEPs at P= 0.58 d. We derived relative individual distances for DCEPs in the LMC with a precision of ~1 kpc, calculating the position angle of the line of nodes and inclination of the galaxy: θ = 145.6 ± 1.0 deg and i = 25.7 ± 0.4 deg. The bar and the disc are seen under different viewing angles. We calculated the ages of the pulsators, finding two main episodes of DCEP formation lasting ~40 Myr which happened 93 and 159 Myr ago. Likely as a result of its past interactions with the SMC, the LMC shows a non-planar distribution, with considerable structuring: the bar is divided into two distinct portions, the eastern and the western displaced by more than 1 kpc from each other. Similar behaviour is shown by the spiral arms. The LMC disc appears 'flared' and thick, with a disc scale height of h ~ 0.97 kpc. This feature can be explained by strong tidal interactions with the Milky Way and/or the Small Magellanic Cloud or past merging events with now disrupted LMC satellites. 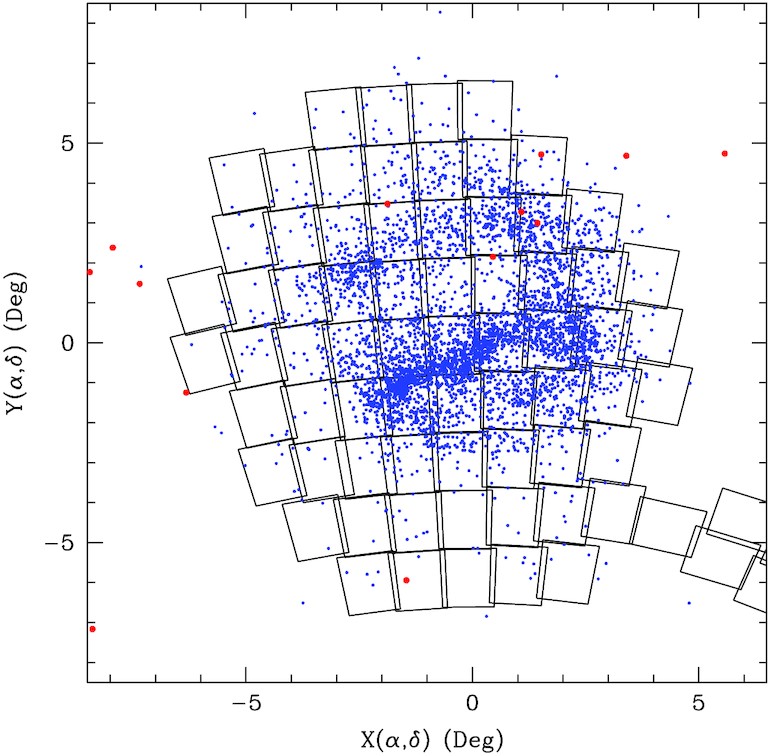