The dynamics and outcome of star formation with jets, radiation, winds, and supernovae in concert

We analyse the first giant molecular cloud (GMC) simulation to follow the formation of individual stars and their feedback from jets, radiation, winds, and supernovae, using the STARFORGE framework in the GIZMO code. We evolve the GMC for $\sim 9 \rm Myr$, from initial turbulent collapse to dispersal by feedback. Protostellar jets dominate feedback momentum initially, but radiation and winds cause cloud disruption at $\sim 8{{\ \rm per\ cent}}$ star formation efficiency (SFE), and the first supernova at $8.3\, \rm Myr$ comes too late to influence star formation significantly. The per-free-fall SFE is dynamic, accelerating from 0 per cent to $\sim 18{{\ \rm per\ cent}}$ before dropping quickly to <1 per cent, but the estimate from YSO counts compresses it to a narrower range. The primary cluster forms hierarchically and condenses to a brief ($\sim 1\, \mathrm{Myr}$) compact ($\sim 1\, \rm pc$) phase, but does not virialize before the cloud disperses, and the stars end as an unbound expanding association. The initial mass function resembles the Chabrier (2005) form with a high-mass slope α = -2 and a maximum mass of 55 M⊙. Stellar accretion takes $\sim 400\, \rm kyr$ on average, but $\gtrsim 1\,\rm Myr$ for >10 M⊙ stars, so massive stars finish growing latest. The fraction of stars in multiples increase as a function of primary mass, as observed. Overall, the simulation much more closely resembles reality, compared to previous versions that neglected different feedback physics entirely. But more detailed comparison with synthetic observations will be needed to constrain the theoretical uncertainties. 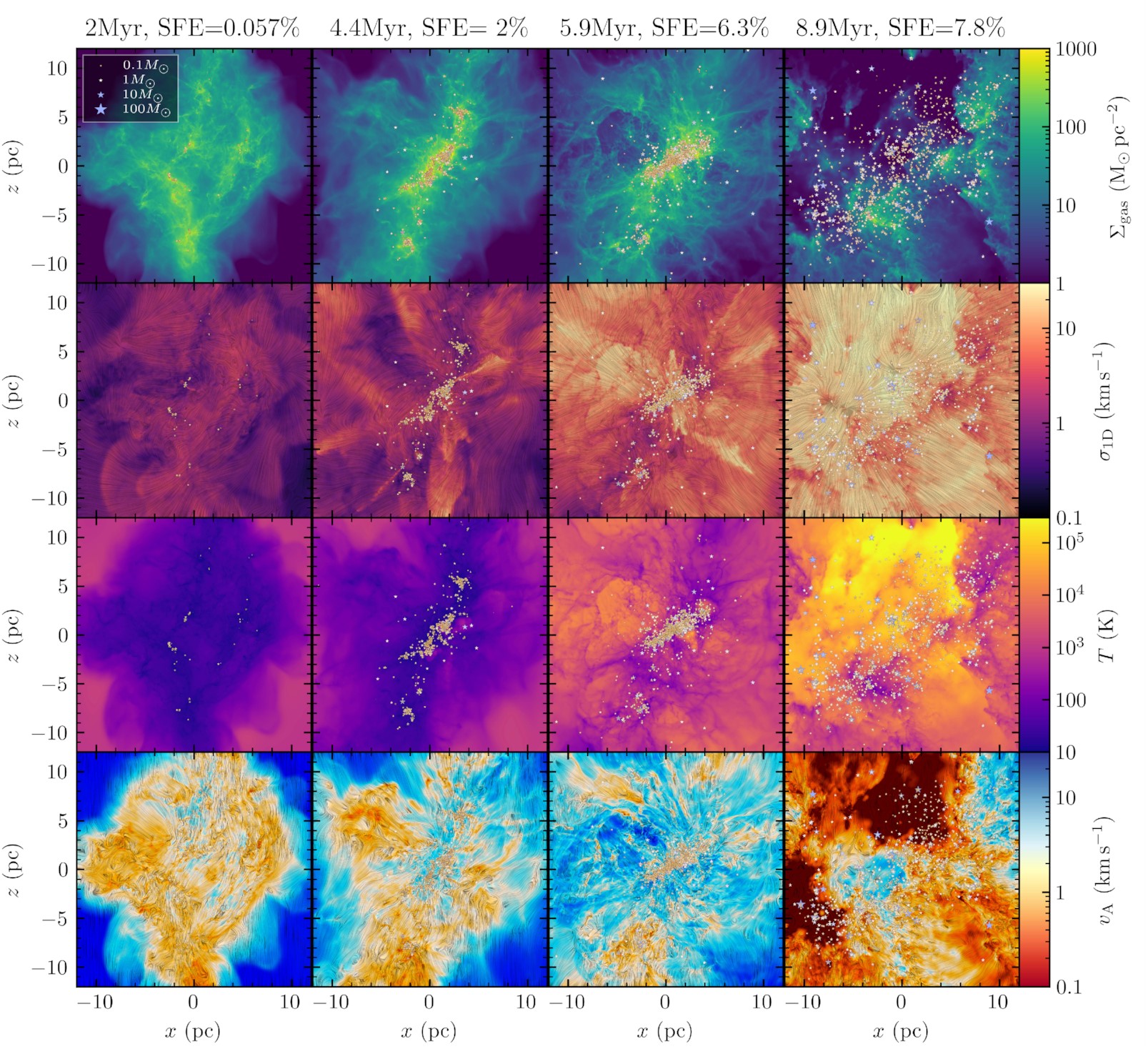