Using numerical simulations of the formation and evolution of stellar clusters within molecular clouds (MCs), we show that the stars in clusters formed within collapsing MC clumps exhibit a constant velocity dispersion regardless of their mass, as expected in violent relaxation processes. In contrast, clusters formed in turbulence-dominated environments exhibit an inverse mass segregated velocity dispersion, where massive stars exhibit larger velocity dispersions than low-mass cores, consistent with massive stars formed in massive clumps, which, in turn, are formed through strong shocks. We furthermore use Gaia EDR3 to show that the stars in the Orion Nebula Cluster exhibit a constant velocity dispersion as a function of mass, suggesting that it has been formed by collapse within one free-fall time of its parental cloud, rather than in a turbulence-dominated environment during many free-fall times of a supported cloud. Additionally, we have addressed several of the criticisms of models of collapsing star-forming regions: namely, the age spread of the ONC, the comparison of the ages of the stars to the free-fall time of the gas that formed it, the star formation efficiency, and the mass densities of clouds versus the mass densities of stellar clusters, showing that observational and numerical data are consistent with clusters forming in clouds undergoing a process of global, hierarchical and chaotic collapse, rather than being supported by turbulence. 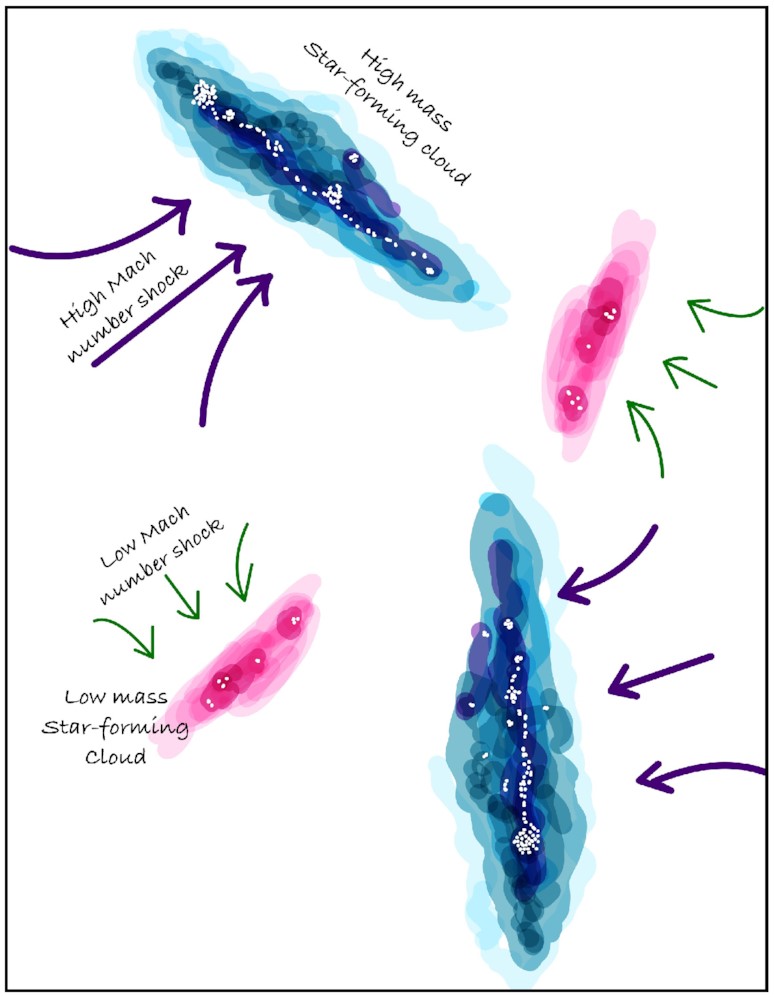