Baryonic mass budgets for haloes in the EAGLE simulation, including ejected and prevented gas

Feedback processes are expected to shape galaxy evolution by ejecting gas from galaxies and their associated dark matter haloes, and also by preventing diffuse gas from ever being accreted. We present predictions from the EAGLEsimulation project for the mass budgets associated with 'ejected' and 'prevented' gas, as well as for ejected metals. We find that most of the baryons that are associated with haloes of mass $10^{11} \lt M_{200} \, /\mathrm{M_\odot } \lt 10^{13}$ at z = 0 have been ejected beyond the virial radius after having been accreted. When the gas ejected from satellites (and their progenitors) is accounted for, the combined ejected mass represents half of the total baryon budget even in the most massive simulated galaxy clusters ($M_{200} \approx 10^{14.5} \, \mathrm{M_\odot }$), with the consequence that the total baryon budget exceeds the cosmic average if ejected gas is included. We find that gas is only prevented from being accreted on to haloes for $M_{200} \lt 10^{12} \, \mathrm{M_\odot }$, and that this component accounts for about half the total baryon budget for $M_{200} \lt 10^{11} \, \mathrm{M_\odot }$, with ejected gas making up most of the remaining half. For metals, most of the mass that is not locked into stars has been ejected beyond the virial radius, at least for $M_{200} \lt 10^{13} \, \mathrm{M_\odot }$. Finally, within the virial radius we find that most of the mass in the circumgalactic medium (CGM) has not passed through the ISM of a progenitor galaxy, for all halo masses and redshifts. About half of the CGM within half the virial radius has passed through the ISM in the past however. 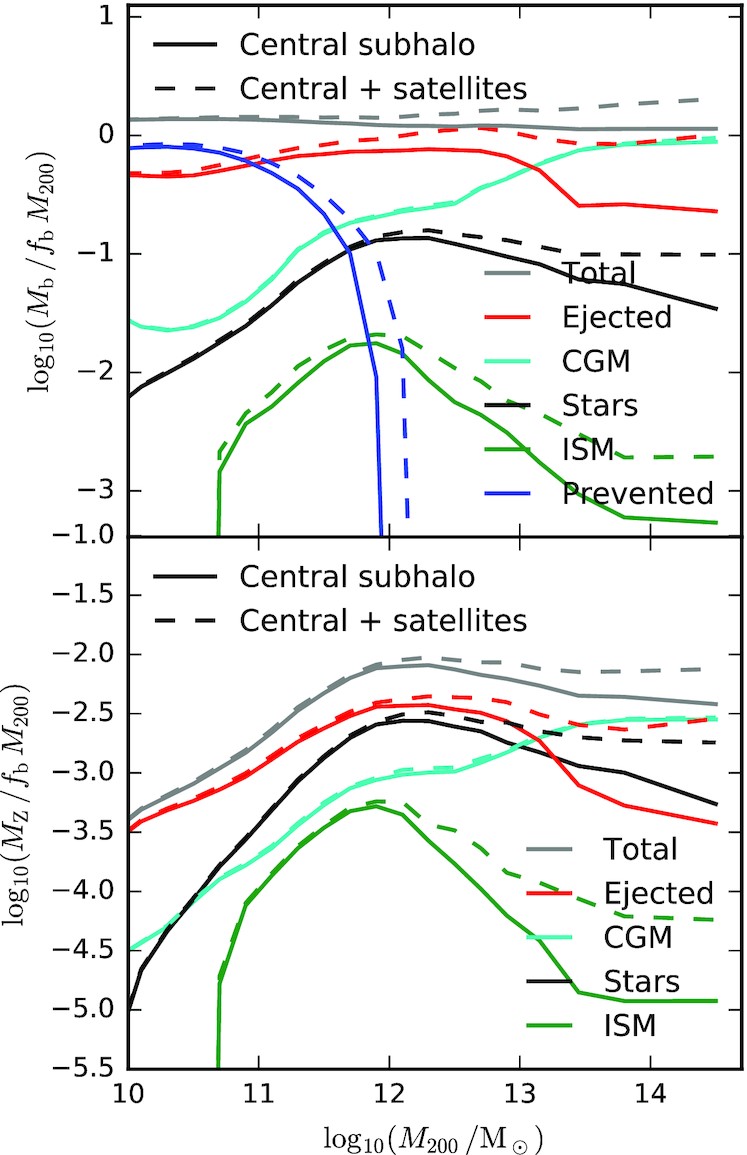