The structure of accreted stellar streams

Many of the Milky Way's globular clusters are likely accreted from satellite galaxies that have long since merged with the Milky Way. When these globular clusters are susceptible to tidal disruption, this process likely starts already inside the parent satellite leading to an early stellar stream within the satellite. When the parent satellite merges with the Milky Way, the globular cluster and its pre-merger stellar stream are accreted in a somewhat chaotic process. Here, we investigate the properties of the accreted stream after the merger as we would see it today using a suite of simulations of accretion events. We find that the accretion process leads to a wide range of behaviours, but generally scatters the accreted stream over a wide, 2D area of the sky. The behaviour ranges from a set of a few or more well-defined 'sub-streams' extending out from the post-merger thin stream by tens of degrees to more widely dispersed debris over much of the sky, depending on how close to the centre of the Milky Way the merger happened. Using mock Gaia-like observations of the simulated streams, we demonstrate that an accreted-stream component can explain the off-track features observed in the GD-1 stream. Sub-streams can appear like thin tidal streams themselves that are seemingly unassociated with the post-merger stream, raising the possibility that some of the progenitor-less streams observed in the Milky Way are part of a single or a few accreted streams created in an ancient merger event. 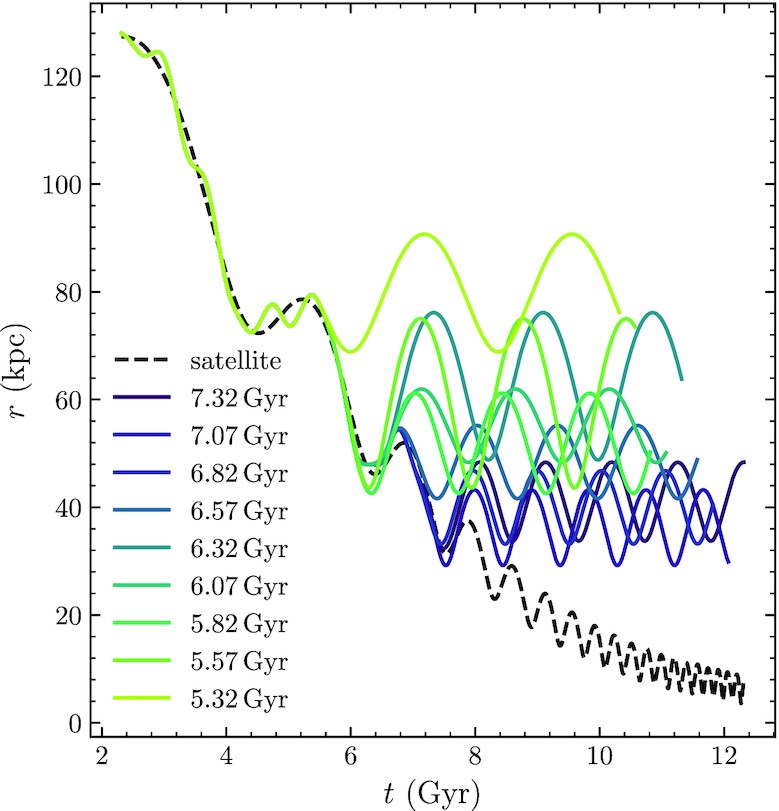