On the origin of magnetic fields in stars - II. The effect of numerical resolution

Are the kG-strength magnetic fields observed in young stars a fossil field left over from their formation or are they generated by a dynamo? Our previous numerical study concluded that magnetic fields must originate by a dynamo process. Here, we continue that investigation by performing even higher numerical resolution calculations of the gravitational collapse of a 1 M⊙ rotating, magnetized molecular cloud core through the first and second collapse phases until stellar densities are reached. Each model includes Ohmic resistivity, ambipolar diffusion, and the Hall effect. We test six numerical resolutions, using between 105 and 3 × 107 particles to model the cloud. At all but the lowest resolutions, magnetic walls form in the outer parts of the first hydrostatic core, with the maximum magnetic field strength located within the wall rather than at the centre of the core. At high resolution, this magnetic wall is disrupted by the Hall effect, producing a magnetic field with a spiral-shaped distribution of intensity. As the second collapse occurs, this field is dragged inward and grows in strength, with the maximum field strength increasing with resolution. As the second core forms, the maximum field strength exceeds 1 kG in our highest resolution simulations, and the stellar core field strength exceeds this threshold at the highest resolution. Our resolution study suggests that kG-strength magnetic fields may be implanted in low-mass stars during their formation, and may persist over long time-scales given that the diffusion time-scale for the magnetic field exceeds the age of the Universe. 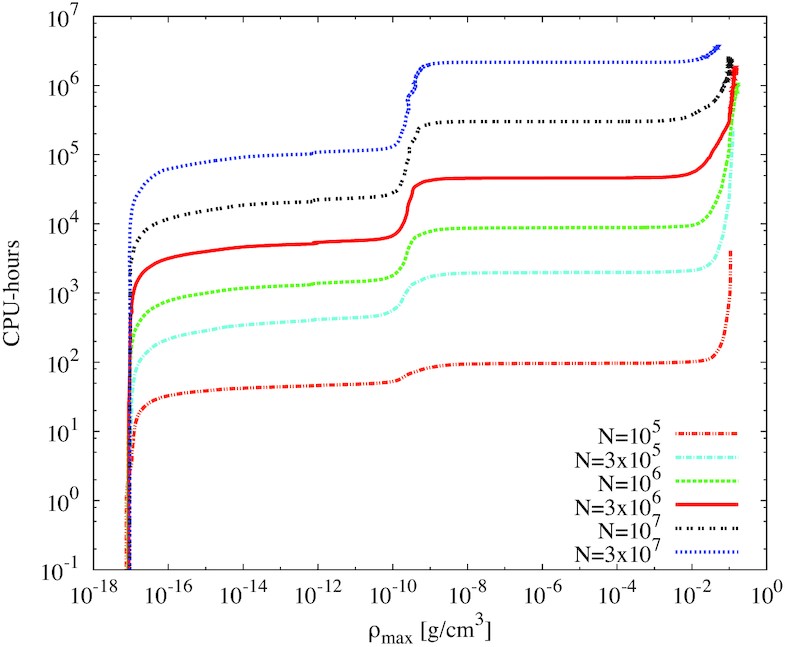