We present a narrow-band [O III] imaging survey of 111 active galactic nucleus (AGN) hosts and 17 merging-galaxy systems, in search of distant extended emission-line regions (EELRs) around AGNs (either extant or faded). Our data reach deeper than detection from the broad-band SDSS data and cover a wider field than some early emission-line surveys used to study extended structure around AGNs. Spectroscopic follow-up confirms two new distant AGN-ionized clouds, in the merging systems NGC 235 and NGC 5514, projected at 26 and 75 kpc from the nuclei (respectively). We also recover the previously known region in NGC 7252. These results strengthen the connection between EELRs and tidal features; kinematically quiescent distant EELRs are virtually always photoionized tidal debris. We see them in ≍10 per cent of the galaxies in our sample with tidal tails. Energy budgets suggest that the AGN in NGC 5514 has faded by >3 times during the extra light traveltime ≍250 000 yr from the nucleus to the cloud and then to the observer; strong shock emission in outflows masks the optical signature of the AGN. For NGC 235 our data are consistent with but do not unequivocally require variation over ≍85 000 yr. In addition to these very distant ionized clouds, we find luminous and extensive line emission within four galaxies - IC 1481, ESO 362-G08, NGC 5514, and NGC 7679. Among these, IC 1481 shows apparent ionization cones, a rare combination with its LINER AGN spectrum. In NGC 5514, we measure a 7-kpc shell expanding at ≍370 km s-1 west of the nucleus. 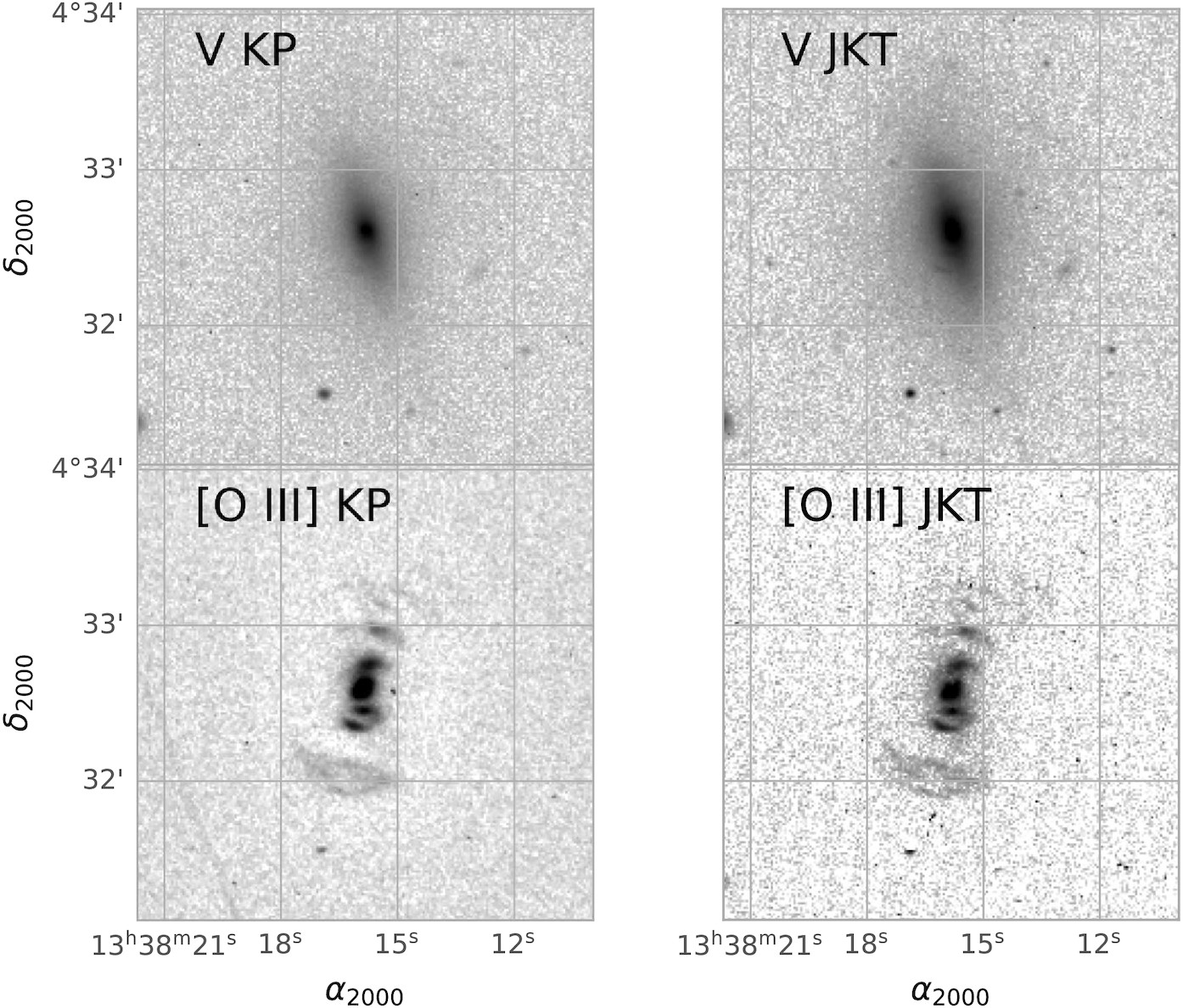