The MAVERIC Survey: The first radio and X-ray limits on the detached black holes in NGC 3201

The Galactic globular cluster (GC) NGC 3201 is the first Galactic GC observed to host dynamically confirmed stellar-mass black holes (BHs), containing two confirmed and one candidate BH. This result indicates that GCs can retain BHs, which has important implications for GC evolution. NGC 3201 has been observed as part of the MAVERIC survey of Galactic GCs. We use these data to confirm that there is no radio or X-ray detection of the three BHs, and present the first radio and X-ray limits on these sources. These limits indicate that any accretion present is at an extremely low rate and may be extremely inefficient. In particular, for the system ACS ID #21859, by assuming the system is tidally locked and any accretion is through the capture of the companion's winds, we constrain the radiative efficiency of any accretion to ≲ 1.5 × 10-5. We also combine the radio and X-ray source catalogues from the MAVERIC survey with the existing MUSE spectroscopic surveys and the HUGS catalogue of NGC 3201 to provide a catalogue of 42 multiwavelength sources in this cluster. We identify a new red straggler source with X-ray emission, and investigate the multiwavelength properties of the sub-subgiant population in the cluster. 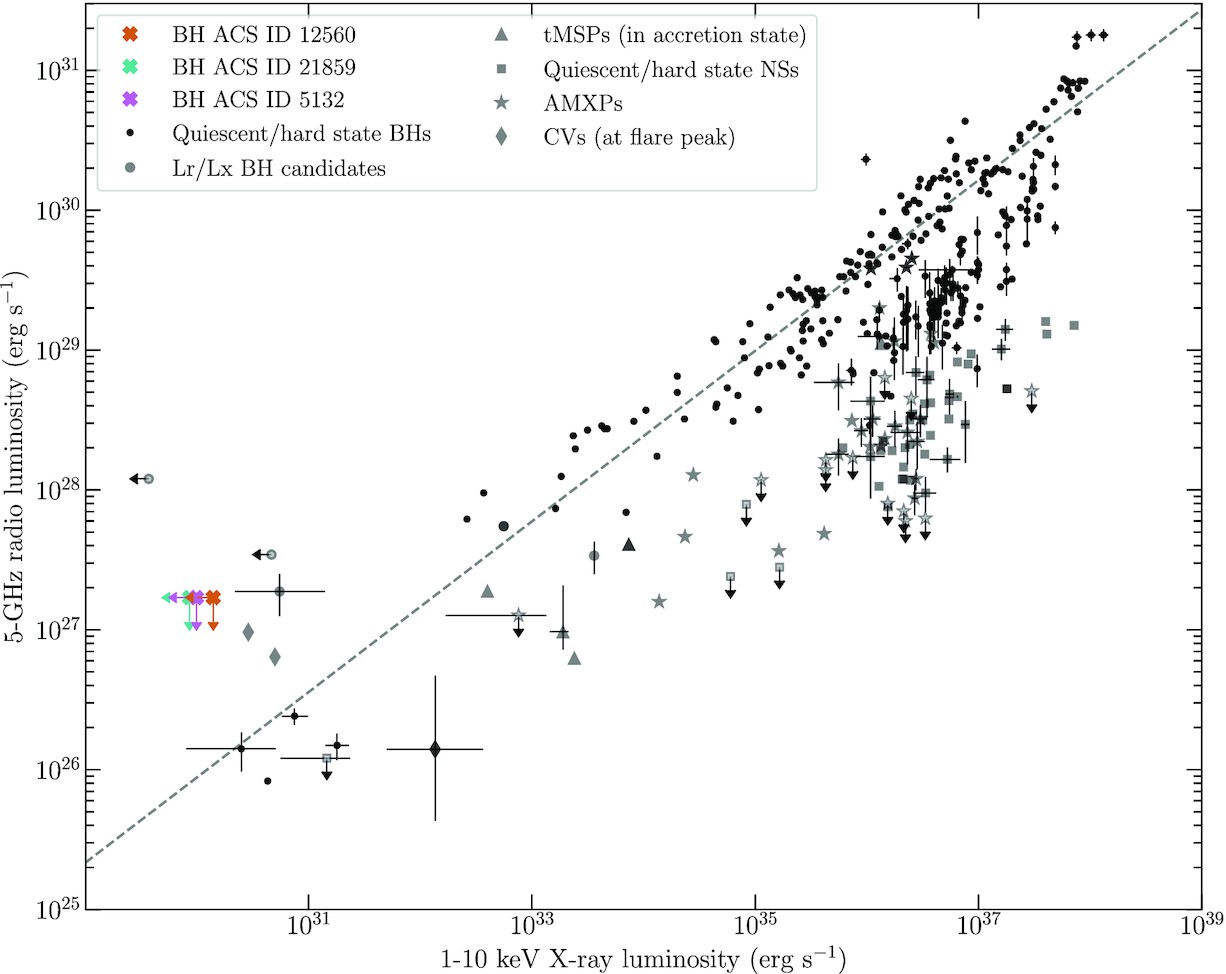