The radiative counterpart of the supermassive black hole at the Galactic Centre, Sagittarius A*, displays flaring emission in the X-ray band atop a steady, quiescent level. Flares are also observed in the near-infrared band. The physical process producing the flares is not fully understood and it is unclear if the flaring rate varies, although some recent works suggest it has reached unprecedented variability in recent years. Using over a decade of regular X-ray monitoring of Neil Gehrels Swift Observatory, we studied the variations in count rate of Sgr A* on time-scales of years. We decomposed the X-ray emission into quiescent and flaring emission, modelled as a constant and power-law process, respectively. We found that the complete, multiyear data set cannot be described by a stationary distribution of flare fluxes, while individual years follow this model better. In three of the ten studied years, the data is consistent with a purely Poissonian quiescent distribution, while for 5 yr, only an upper limit of the flare flux distribution parameter could be determined. We find that these possible changes cannot be explained fully by the different number of observations per year. Combined, these results are instead consistent with a changing flaring rate of Sgr A*, appearing more active between 2006-2007 and 2017-2019, than between 2008-2012. Finally, we discuss this result in the context of flare models and the passing of gaseous objects, and discuss the extra statistical steps taken, for instance, to deal with the background in the Swift observations. 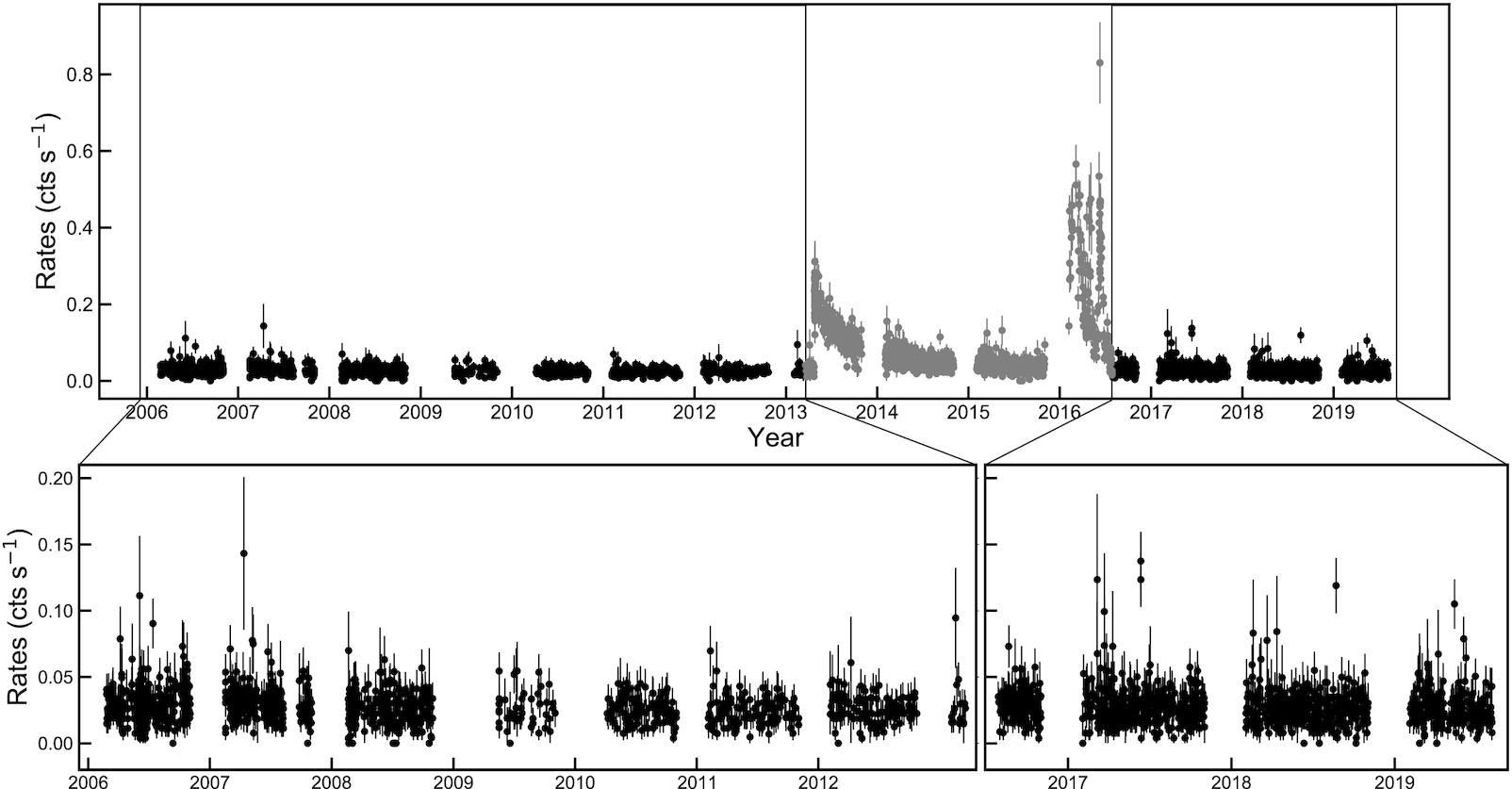