We present the results of two years of radio and X-ray monitoring of the magnetar XTE J1810 - 197 since the radio re-activation in late 2018. Single pulse analysis of radio observations from the Lovell and MkII telescopes at 1564 MHz and the Effelsberg telescope at 6 GHz has resulted in the detection of a total of 91 giant pulses (GPs) between MJDs 58858 and 59117. These GPs appear to be confined to two specific phase ranges (0.473 ≤ ϕ ≤ 0.502 and 0.541 ≤ ϕ ≤ 0.567). We also observe that the first detection of GP emission corresponds to a minimum in the spin-down rate. Simultaneous radio and X-ray observations were performed on MJDs 59009 and 59096. The 0.5-10 keV X-ray spectrum from NICER is well characterized by a two-component blackbody model that can be interpreted as two hot spots on the polar cap of the neutron star. The blackbody temperature decreases with time, consistent with the previous outburst, while the change in the pulsed fraction does not follow the same trend as was seen in the previous outburst. The radio and X-ray flux of XTE J1810 - 197 are correlated during the initial phase of the outburst (MJD 58450 - MJD 58550) and an increase in the radio flux is observed later that may be correlated to the onset of GPs. We argue that the disparity in the evolution of the current outburst compared to the previous one can be attributed to a change in geometry of the neutron star. 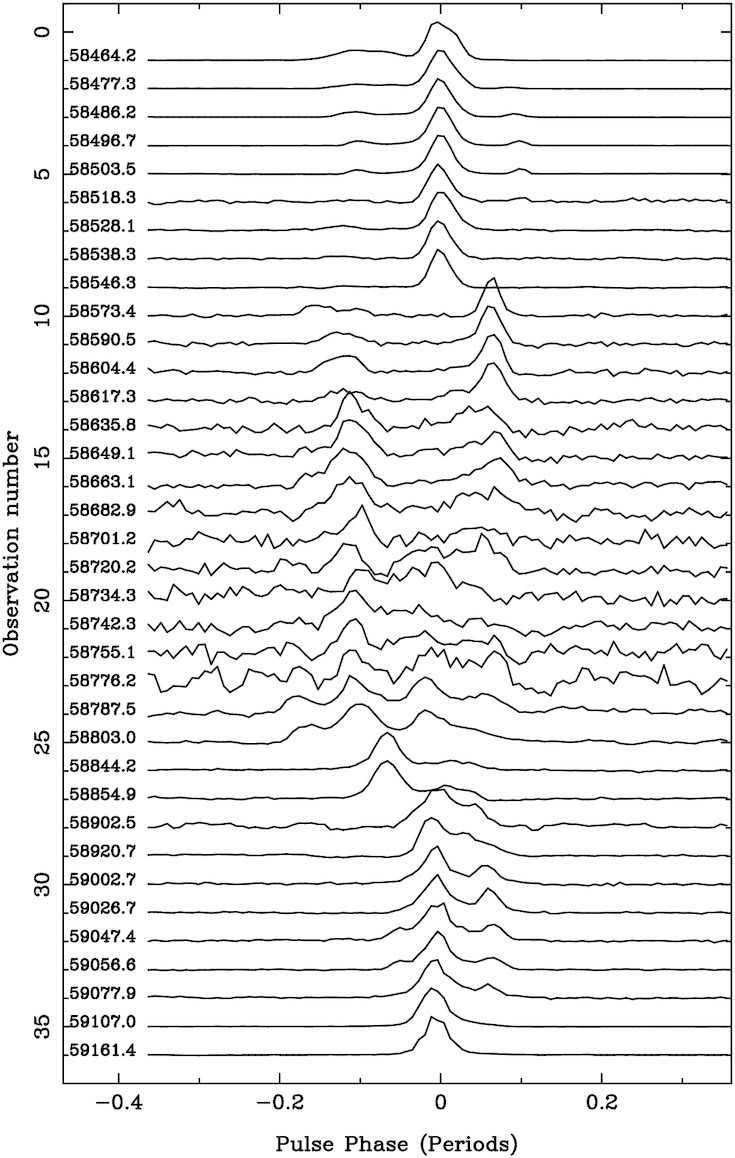