We investigate the origins of the uniquely elongated (1067 kpc in length and 97 kpc in width) association of galaxies known as NGC 3109, positioned at ~ 1 Mpc from the Local Group (LG). To understand its likely origins, we have conducted a series of numerical simulations where the NGC 3109 association is represented as a regular, gravitationally bound N-body system of five galaxies, stripped from most of their dark matter due to previous tidal effects. The association evolves for 10 Gyr in an analytical potential representing the influence of the LG. We find that a loosely gravitationally bound system of five galaxies in a hyperbolic orbit toward the LG evolves into a tidally elongated structure similar to recent observations of NGC 3109. In this proof of concept model, the N-body simulations can reproduce the observations of the NGC 3109 association, such as its dimensions, as well as the radial velocity and distance from the LG. 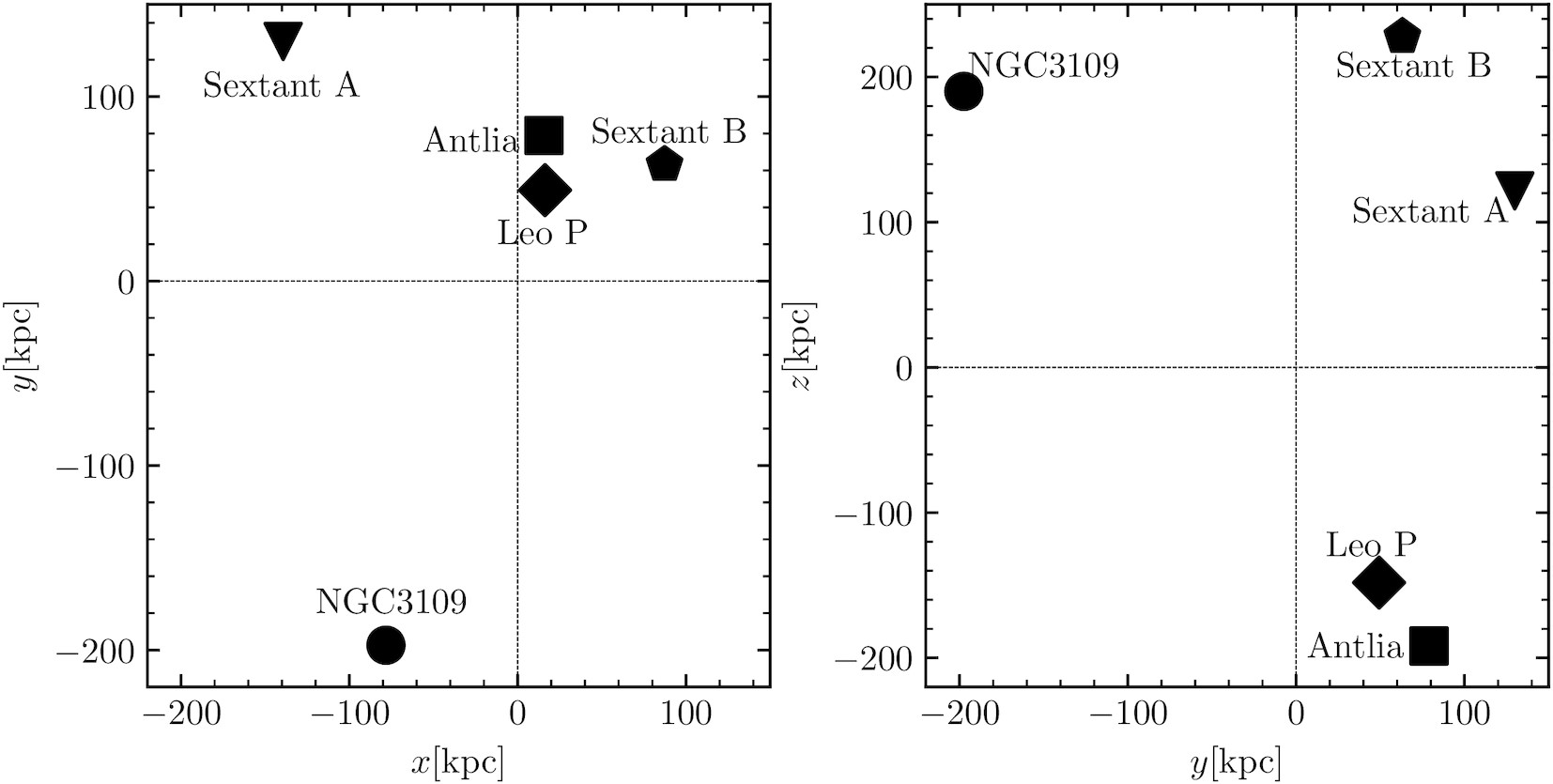