The presence of charged dust grains is known to have a profound impact on the physical evolution of the multiphase interstellar medium (ISM). Despite its importance, this process is still poorly explored in numerical simulations due to its complex physics and the tight dependence on the environment. Here, we introduce a novel implementation of grain charging in the cosmological radiative transfer code CRASH. We first benchmark the code predictions on a series of idealized dusty H II regions created by a single star, in order to assess the impact of grain properties on the resulting spatial distribution of charges. Secondly, we perform a realistic radiative transfer simulation of a star-forming region extracted from a dusty galaxy evolving in the Epoch of Reionization. We find that ~13 per cent of the total dust mass gets negatively charged, mainly silicate and graphite grains of radius 10-3 $\mu$m. A complex spatial distribution of grain charges is also found, primarily depending on the exposure to stellar radiation and strongly varying along different lines of sight, as a result of radiative transfer effects. We finally assess the impact of grain properties (both chemical composition and size) on the resulting charge distribution. The new implementation described here will open up a wide range of possible studies investigating the physical evolution of the dusty ISM, nowadays accessible to observations of high- and low- redshift galaxies. 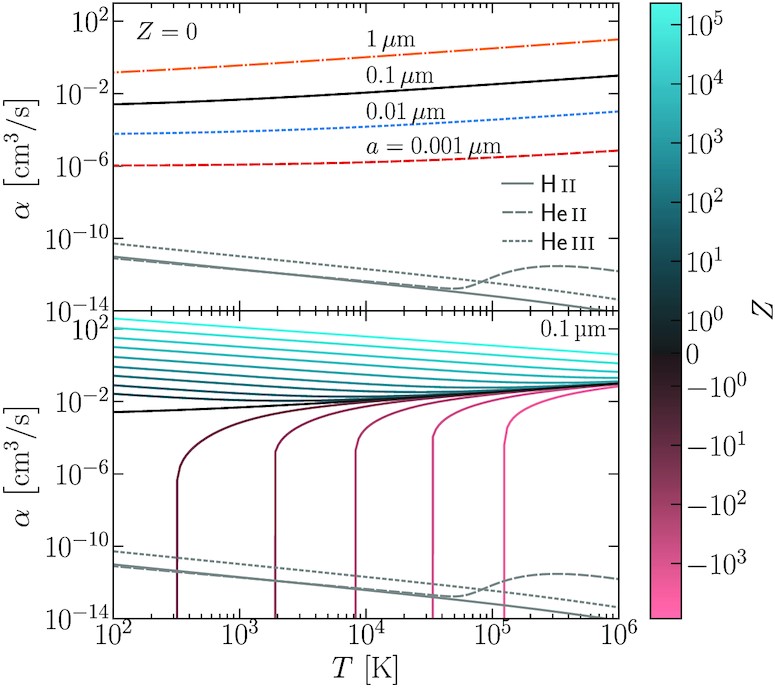