The Cold Spot is a puzzling large-scale feature in the Cosmic Microwave Background temperature maps and its origin has been subject to active debate. As an important foreground structure at low redshift, the Eridanus supervoid was recently detected, but it was subsequently determined that, assuming the standard ΛCDM model, only about 10-20 per cent of the observed temperature depression can be accounted for via its Integrated Sachs-Wolfe imprint. However, R ≳ 100 h-1Mpc supervoids elsewhere in the sky have shown ISW imprints AISW ≍ 5.2 ± 1.6 times stronger than expected from ΛCDM (AISW = 1), which warrants further inspection. Using the Year-3 redMaGiC catalogue of luminous red galaxies from the Dark Energy Survey, here we confirm the detection of the Eridanus supervoid as a significant underdensity in the Cold Spot's direction at z < 0.2. We also show, with S/N ≳ 5 significance, that the Eridanus supervoid appears as the most prominent large-scale underdensity in the dark matter mass maps that we reconstructed from DES Year-3 gravitational lensing data. While we report no significant anomalies, an interesting aspect is that the amplitude of the lensing signal from the Eridanus supervoid at the Cold Spot centre is about 30 per cent lower than expected from similar peaks found in N-body simulations based on the standard ΛCDM model with parameters Ωm = 0.279 and σ8 = 0.82. Overall, our results confirm the causal relation between these individually rare structures in the cosmic web and in the CMB, motivating more detailed future surveys in the Cold Spot region. 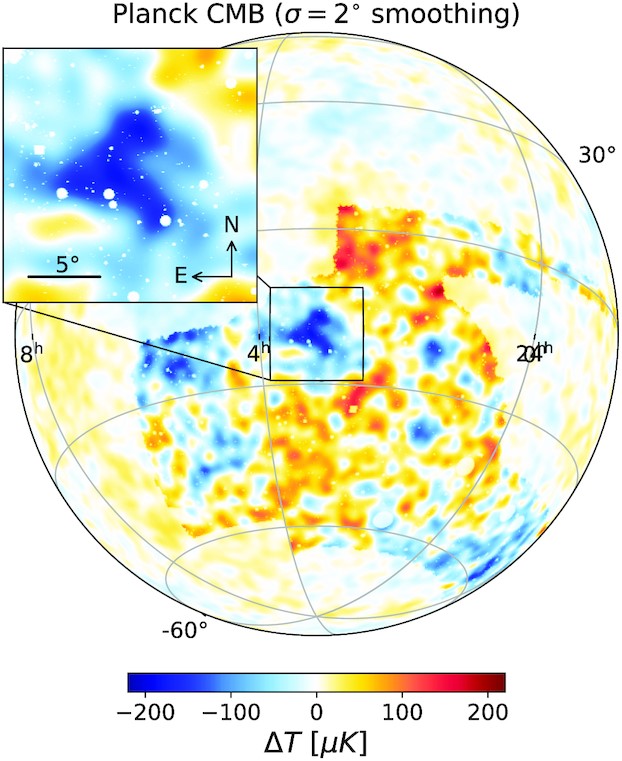