The inspiral of supermassive black hole (BH) binaries in a gas-rich environment is driven by the presence of an accretion disc and viscous interactions tend to align the spin of the BHs with the orbital angular momentum of the disc. Recent work introduced a new iterative approach to describe the alignment process and the resulting non-linear evolution of the surrounding warped accretion disc. Their model predicted that BH spins reach either full alignment or a 'critical obliquity' where solutions to the warp equations cease to exist. In this paper, we show that this critical region corresponds to the disc breaking phenomenon, where the disc is disrupted into two or more discrete sections. We use 3D hydrodynamical simulations to (i) recover the predictions of the semi-analytic model and (ii) unveil a richer phenomenology where the disc exhibits either unsuccessful, single and multiple breaks. We additionally identify hydrodynamic effects such as spiral arms that are able to stabilize the disc against breaking beyond criticality. Our results show that when disc breaking occurs, the ability of BHs and disc to align is compromised and in some cases even prevented as the binary inspirals. 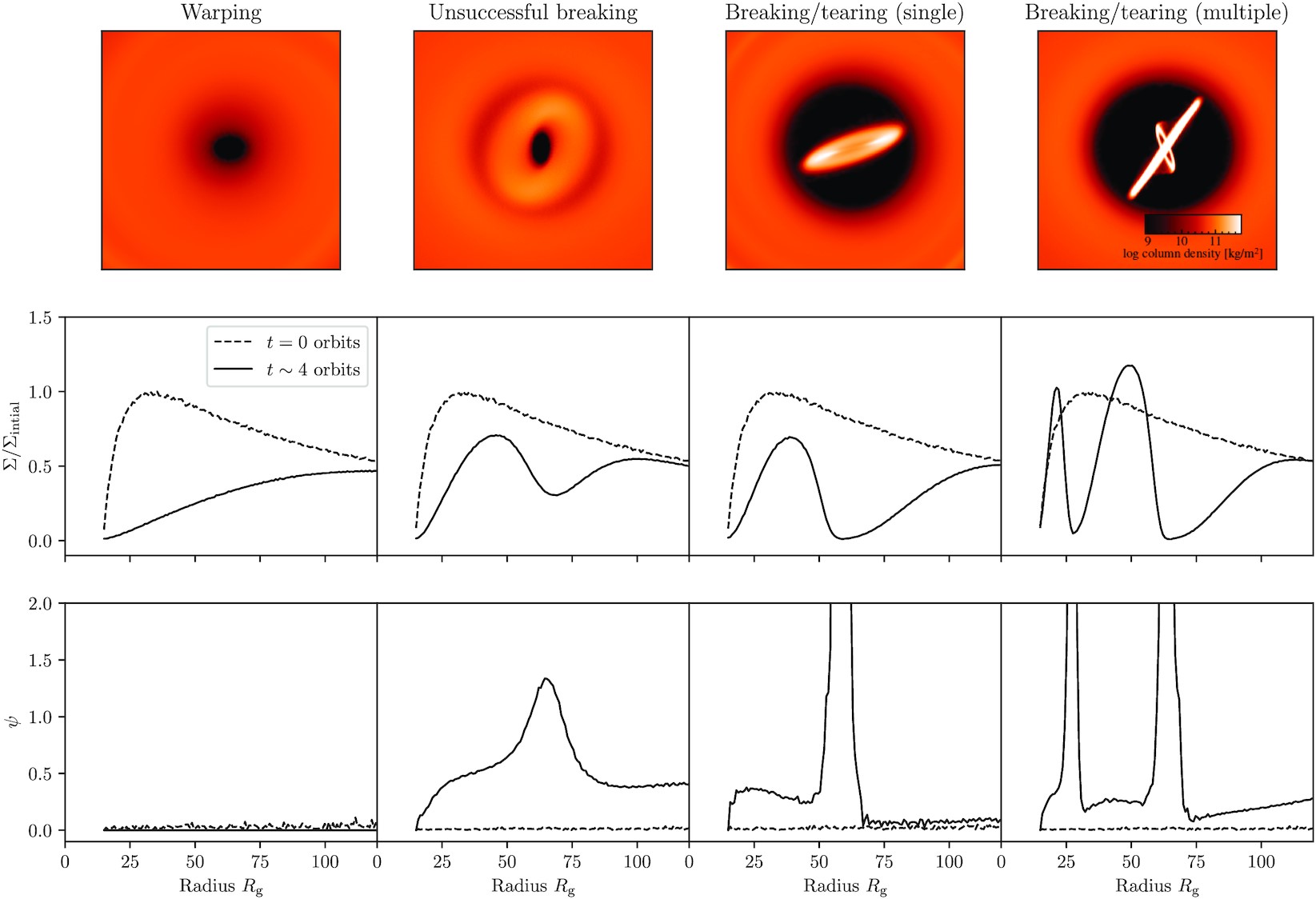