Quenched, bulge-dominated, but dynamically cold galaxies in IllustrisTNG and their real-world counterparts

Galaxy morphologies, kinematics, and stellar populations are thought to be linked to each other. However, both simulations and observations have pointed out mismatches therein. In this work, we study the nature and origin of the present-day quenched, bulge-dominated, but dynamically cold galaxies within a stellar mass range of $10.3\, \leqslant \, \log \, M_{\ast }/\mathrm{M_{\odot }}\, \leqslant \, 11.2$ in the IllustrisTNG-100 Simulation. We compare these galaxies with a population of normal star-forming dynamically cold disc galaxies and a population of normal quenched dynamically hot elliptical galaxies within the same mass range. The populations of the present-day quenched and bulge-dominated galaxies (both being dynamically cold and hot) used to have significantly higher star formation rates and flatter morphologies at redshift of z ~ 2. They have experienced more frequent larger mass-ratio mergers below z ~ 0.7 in comparison to their star-forming disc counterparts, which is responsible for the formation of their bulge-dominated morphologies. The dynamically cold populations (both being star forming and quenched) have experienced more frequent prograde and tangential mergers especially below z ~ 1, in contrast to the dynamically hot ellipticals, which have had more retrograde and radial mergers. Such different merging histories can well explain the differences on the cold and hot dynamical status among these galaxies. We point out that the real-world counterparts of these dynamically cold and hot bulge-dominated quenched populations are the fast- and slow-rotating early-type galaxies, respectively, as seen in observations and hence reveal the different evolution paths of these two distinct populations of early-type galaxies. 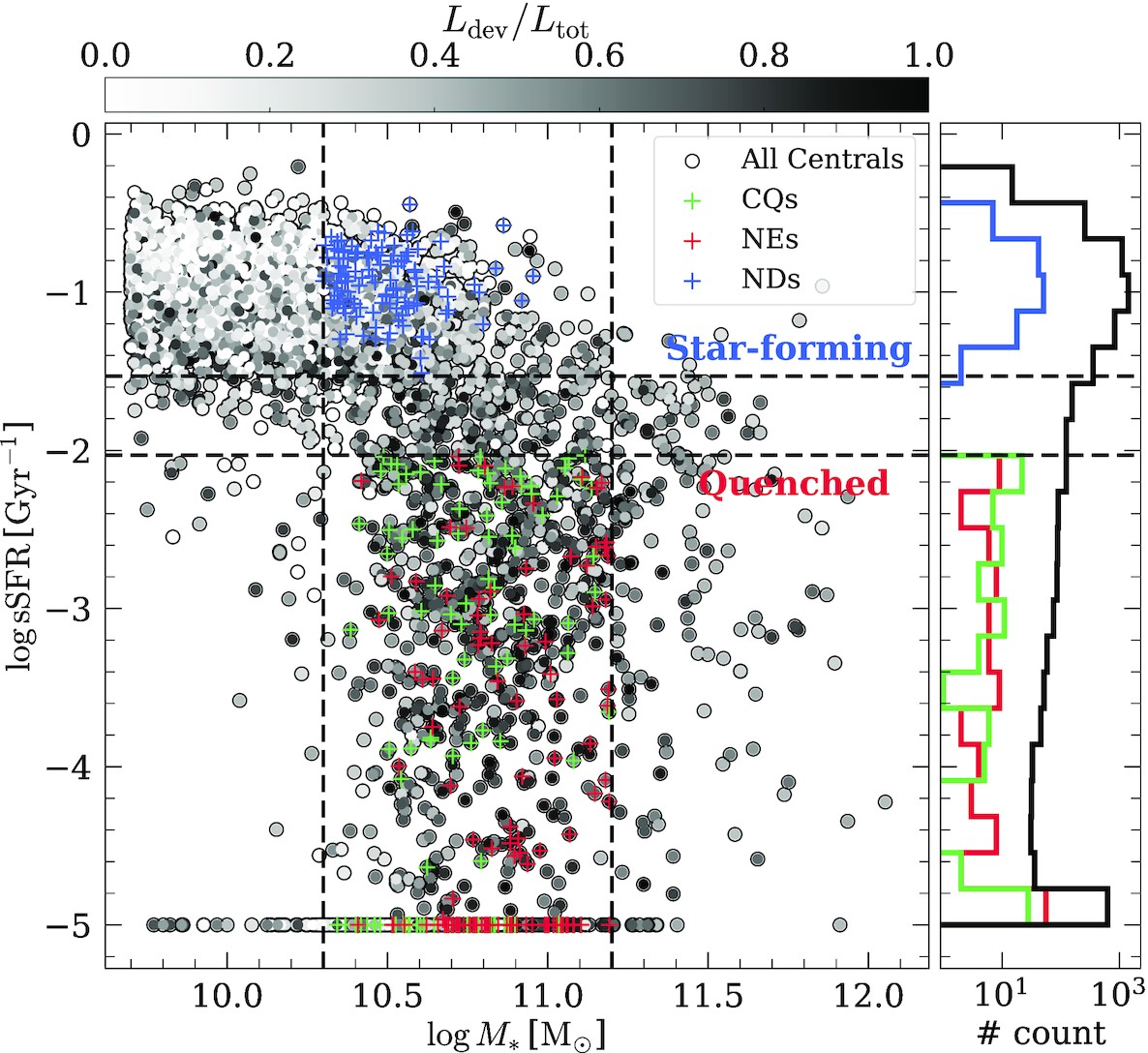