Multiphase outflows in post-starburst E+A galaxies - I. General sample properties and the prevalence of obscured starbursts

E+A galaxies are believed to be a short phase connecting major merger ultraluminous infrared galaxies (ULIRGs) with red and dead elliptical galaxies. Their optical spectrum suggests a massive starburst that was quenched abruptly, and their bulge-dominated morphologies with tidal tails suggest that they are merger remnants. Active galactic nucleus (AGN)-driven winds are believed to be one of the processes responsible for the sudden quenching of star formation and for the expulsion and/or destruction of the remaining molecular gas. Little is known about AGN-driven winds in this short-lived phase. In this paper, we present the first and unique sample of post-starburst galaxy candidates with AGNs that show indications of ionized outflows in their optical emission lines. Using Infrared Astronomical Satellite-far infrared (IRAS-FIR) observations, we study the star formation in these systems and find that many systems selected to have post-starburst signatures in their optical spectrum are in fact obscured starbursts. Using SDSS spectroscopy, we study the stationary and outflowing ionized gas. We also detect neutral gas outflows in 40 per cent of the sources with mass outflow rates 10-100 times more massive than in the ionized phase. The mean mass outflow rate and kinetic power of the ionized outflows in our sample ($\dot{M}\sim 1\, \mathrm{M_{\odot }\, yr^{-1}}$, $\dot{E}\sim 10^{41}\, \mathrm{erg\, s}^{-1}$) are larger than those derived for active galaxies of similar AGN luminosity and stellar mass. For the neutral outflow ($\dot{M}\sim 10\, \mathrm{M_{\odot }\, yr^{-1}}$, $\dot{E}\sim 10^{42}\, \mathrm{erg\, s}^{-1}$), their mean is smaller than that observed in (U)LIRGs with and without AGN. 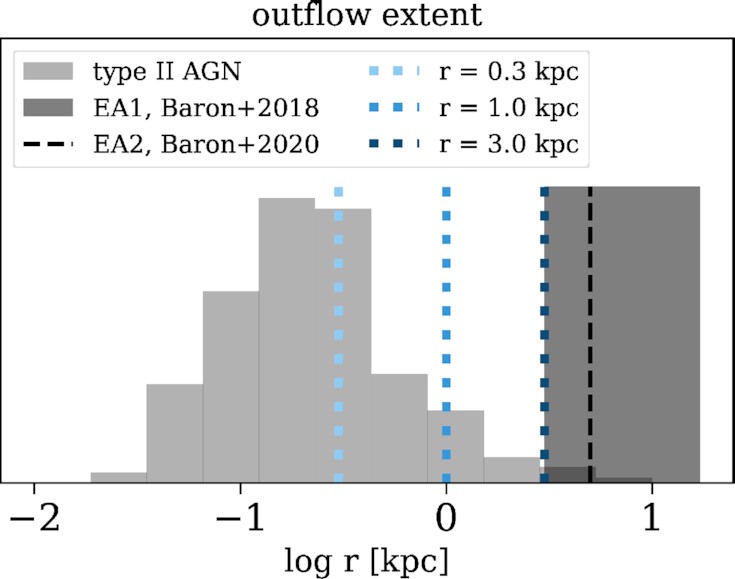