3C 84 (NGC 1275) is the radio source at the centre of the Perseus cluster and exhibits a bright radio jet. We observed the source with the Global Millimeter VLBI Array (GMVA) between 2008 and 2015, with a typical angular resolution of ~50 $\mu$as. The observations revealed a consistent double nuclear structure separated by ~770 gravitational radii assuming a black hole mass of 3.2 × 108 M⊙. The region is likely too broad and bright to be the true jet base anchored in the accretion disc or black hole ergosphere. A cone and parabola were fit to the stacked (time averaged) image of the nuclear region. The data did not strongly prefer either fit, but combined with a jet/counter-jet ratio analysis, an upper limit on the viewing angle to the inner jet region of ≤35° was found. This provides evidence for a variation of the viewing angle along the jet (and therefore a bent jet) within ~0.5 pc of the jet launching region. In the case of a conical jet, the apex is located ~2400 gravitational radii upstream of the bright nuclear region and up to ~600 gravitational radii upstream in the parabolic case. We found a possible correlation between the brightness temperature and relative position angle of the double nuclear components, which may indicate rotation within the jet. 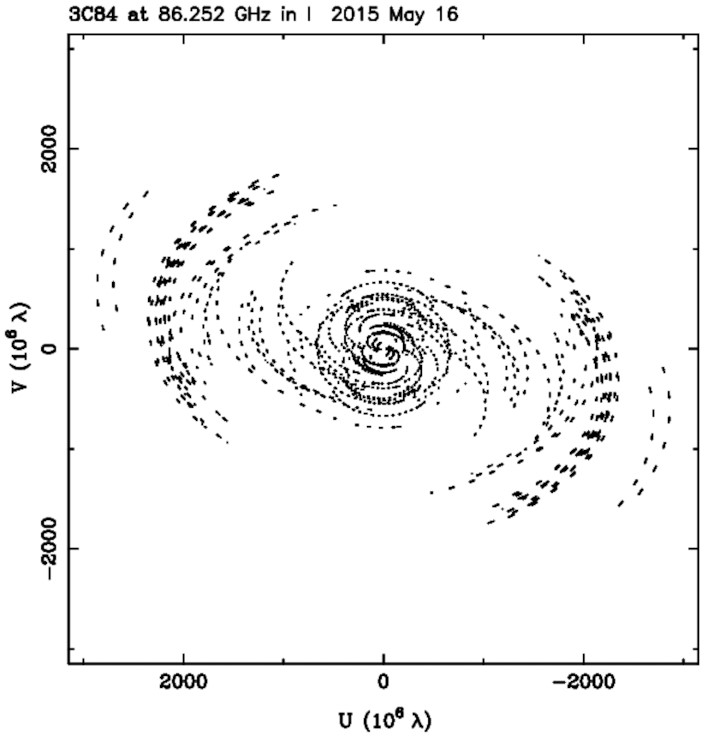