Context. Despite being a prominent subset of the exoplanet population discovered in the past three decades, the nature and provenance of sub-Neptune-sized planets is still one of the open questions in exoplanet science.
Aims: For planets orbiting bright stars, precisely measuring the orbital and planet parameters of the system is the best approach to distinguish between competing theories regarding their formation and evolution.
Methods: We obtained 69 new radial velocity observations of the mid-M dwarf G 9-40 with the CARMENES instrument to measure for the first time the mass of its transiting sub-Neptune planet, G 9-40 b, discovered in data from the K2 mission.
Results: Combined with new observations from the TESS mission during Sectors 44, 45, and 46, we are able to measure the radius of the planet to an uncertainty of 3.4% (Rb = 1.900 ± 0.065 R⊕) and determine its mass with a precision of 16% (Mb = 4.00 ± 0.63 M⊕). The resulting bulk density of the planet is inconsistent with a terrestrial composition and suggests the presence of either a water-rich core or a significant hydrogen-rich envelope.
Conclusions: G 9-40 b is referred to as a keystone planet due to its location in period-radius space within the radius valley. Several theories offer explanations for the origin and properties of this population and this planet is a valuable target for testing the dependence of those models on stellar host mass. By virtue of its brightness and small size of the host, it joins L 98-59 d as one of the two best warm (Teq ~ 400 K) sub-Neptunes for atmospheric characterization with JWST, which will probe cloud formation in sub-Neptune-sized planets and break the degeneracies of internal composition models. 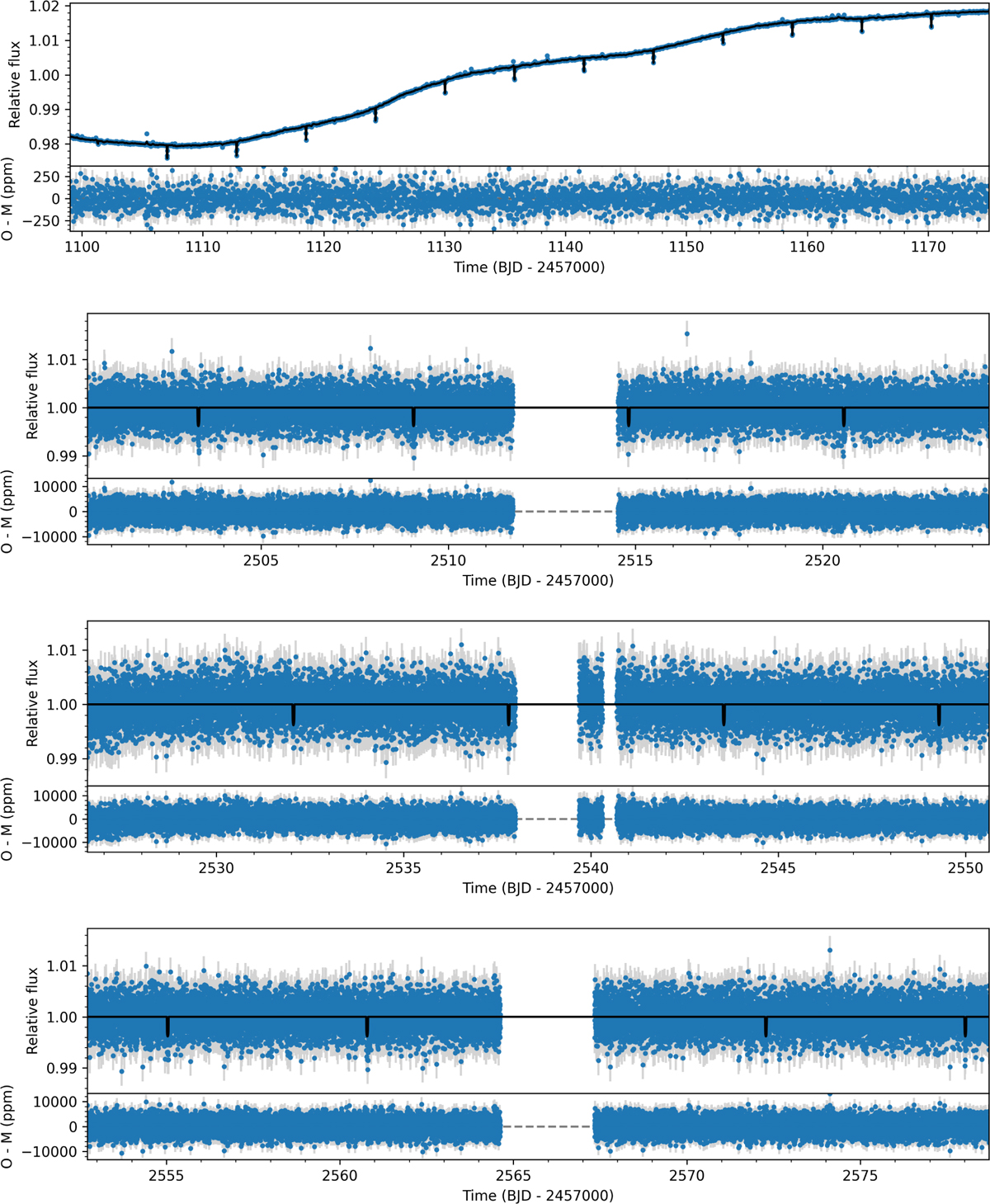