Context. Long-period transiting planets provide the opportunity to better understand the formation and evolution of planetary systems. Their atmospheric properties remain largely unaltered by tidal or radiative effects of the host star, and their orbital arrangement reflects a different and less extreme migrational history compared to close-in objects. The sample of long-period exoplanets with well-determined masses and radii is still limited, but a growing number of long-period objects reveal themselves in the Transiting Exoplanet Survey Satellite (TESS) data.
Aims: Our goal is to vet and confirm single-transit planet candidates detected in the TESS space-based photometric data through spectroscopic and photometric follow-up observations with ground-based instruments.
Methods: We used high-resolution spectrographs to confirm the planetary nature of the transiting candidates and measure their masses. We also used the Next Generation Transit Survey (NGTS) to photometrically monitor the candidates in order to observe additional transits. Using a joint modeling of the light curves and radial velocities, we computed the orbital parameters of the system and were able to precisely measure the mass and radius of the transiting planets.
Results: We report the discovery of two massive, warm Jupiter-size planets, one orbiting the F8-type star TOI-5153 and the other orbiting the G1-type star NGTS-20 (=TOI-5152). From our spectroscopic analysis, both stars are metal rich with a metallicity of 0.12 and 0.15, respectively. Only TOI-5153 presents a second transit in the TESS extended mission data, but NGTS observed NGTS-20 as part of its mono-transit follow-up program and detected two additional transits. Follow-up high-resolution spectroscopic observations were carried out with CORALIE, CHIRON, FEROS, and HARPS. TOI-5153 hosts a planet with a period of 20.33 days, a planetary mass of 3.26−0.17+0.18 Jupiter masses (MJ), a radius of 1.06−0.04+0.04 RJ, and an orbital eccentricity of 0.091−0.026+0.024. NGTS-20 b is a 2.98−0.15+0.16 MJ planet with a radius of 1.07−0.04+0.04 RJ on an eccentric 0.432−0.023+0.023 orbit with an orbital period of 54.19 days. Both planets are metal enriched and their heavy element content is in line with the previously reported mass-metallicity relation for gas giants.
Conclusions: Both warm Jupiters orbit moderately bright host stars, making these objects valuable targets for follow-up studies of the planetary atmosphere and measurement of the spin-orbit angle of the system. 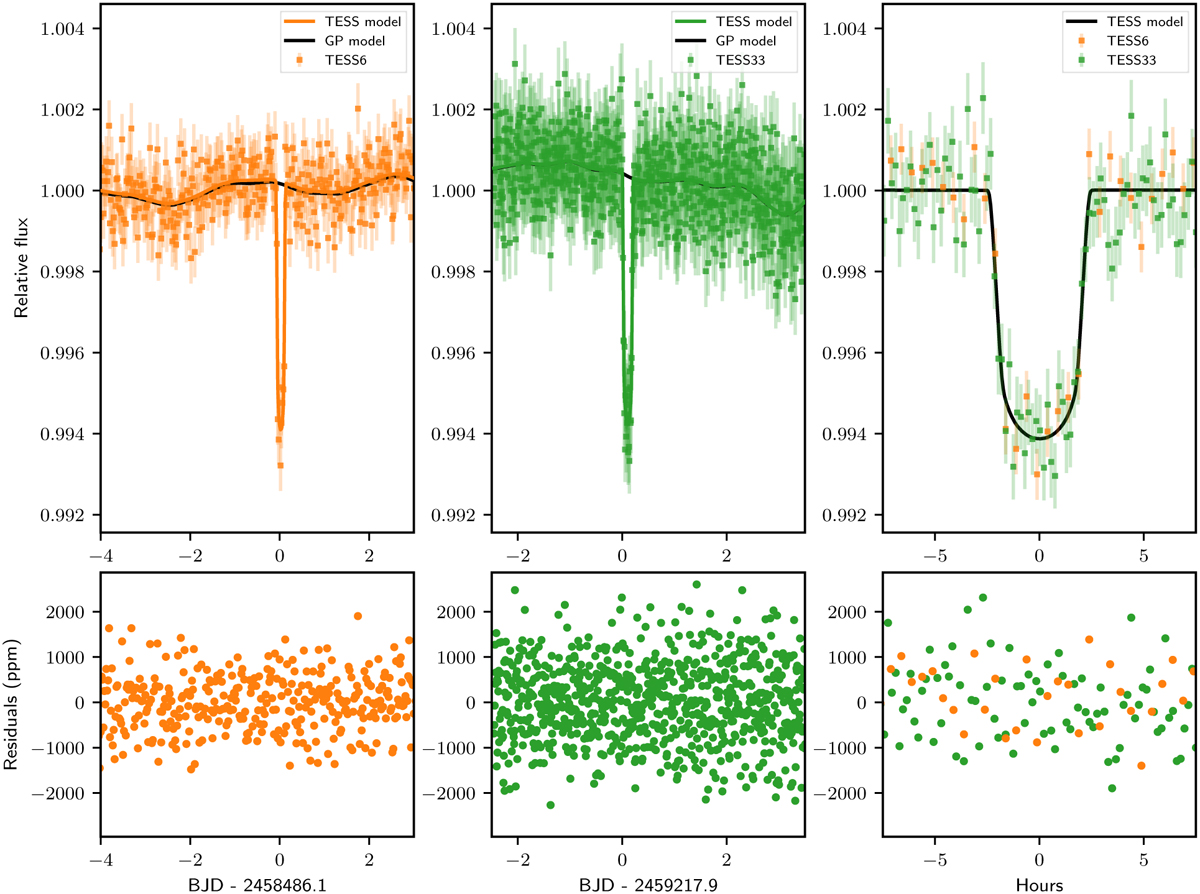