Aims: We explore correlations between the strength of metallicity gradients in Local Group dwarf galaxies and their stellar mass, star formation history timescales, and environment.
Methods: We performed a homogeneous analysis of literature spectroscopic data of red giant stars and determined radial metallicity profiles for 30 Local Group dwarf galaxies. This is the largest compilation of this type to date.
Results: The dwarf galaxies in our sample show a variety of metallicity profiles, most of them decreasing with radius and some with rather steep profiles. The derived metallicity gradients as a function of the half-light radius, ∇[Fe/H](R/Re), show no statistical differences when compared with the morphological type of the galaxies, nor with their distance from the Milky Way or M31. No correlations are found with either stellar mass or star formation timescales. In particular, we do not find the linear relation between ∇[Fe/H](R/Re) and the galaxy median age t50, which has been reported in the literature for a set of simulated systems. On the other hand, the high angular momentum in some of our galaxies does not seem to affect the gradient strengths. The strongest gradients in our sample are observed in systems that are likely to have experienced a past merger event. When these merger candidates are excluded, the analysed dwarf galaxies show mild gradients (∼−0.1 dex Re−1) with little scatter between them, regardless of their stellar mass, dynamical state, and their star formation history. These results agree well with different sets of simulations presented in the literature that were analysed using the same method as for the observed dwarf galaxies.
Conclusions: The interplay between the multitude of factors that could drive the formation of metallicity gradients likely combine in complex ways to produce in general comparable mild ∇[Fe/H](R/Re) values, regardless of stellar mass and star formation history. The strongest driver of steep gradients seems to be previous dwarf-dwarf merger events in a system. 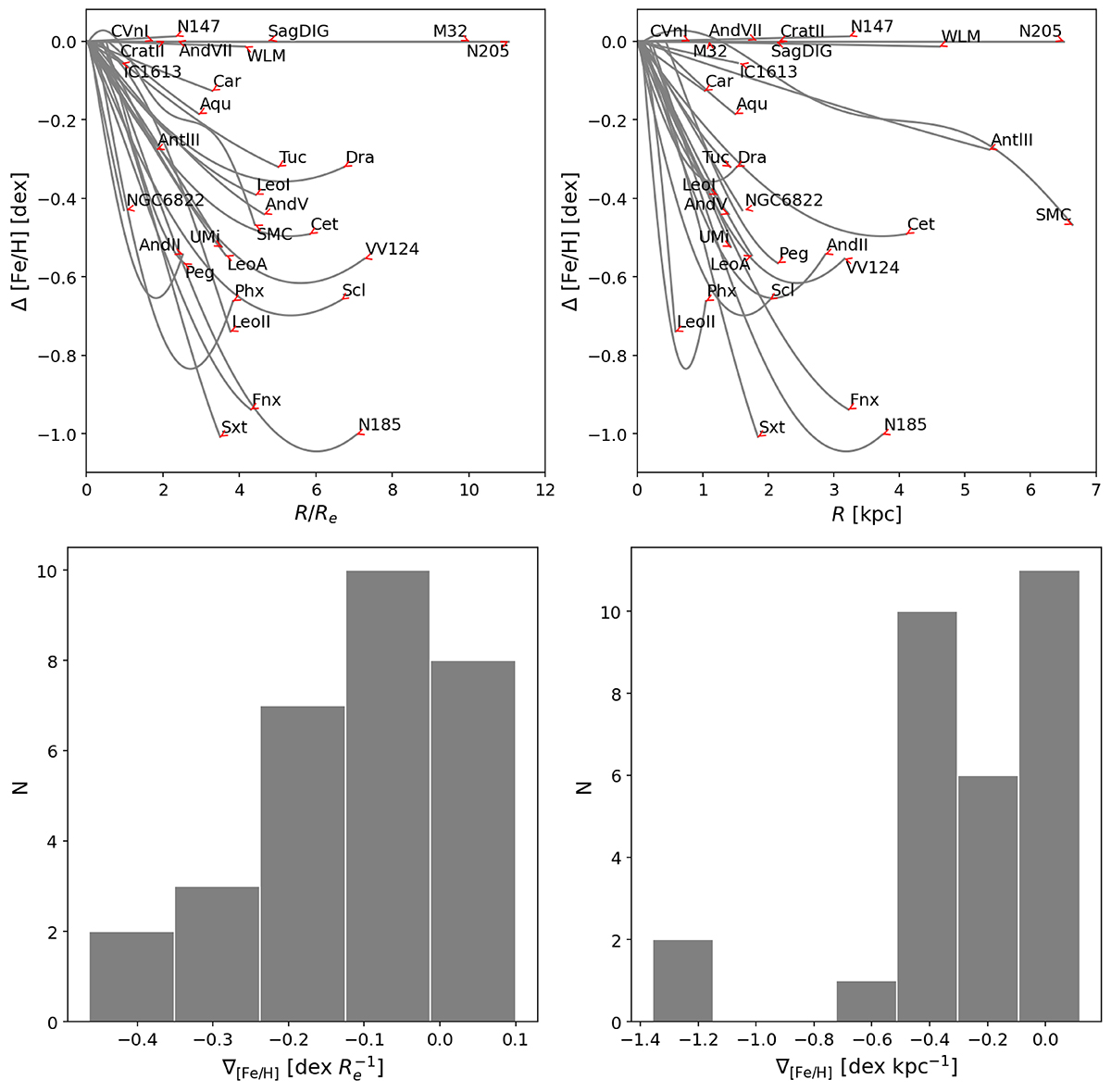