CO line observations of OH/IR stars in the inner Galactic Bulge: Characteristics of stars at the tip of the AGB

Context. OH/IR stars are examples of late stellar evolution on the asymptotic giant branch (AGB), and they are, as such, important objects to study. They are also excellent probes of stellar populations, in particular in regions of high interstellar extinction such as the central regions of our Galaxy.
Aims: Our goal is to characterise the stellar and circumstellar properties of high-mass-loss-rate OH/IR stars in the inner Galactic Bulge using the Atacama Large Millimeter/submillimeter Interferometer (ALMA).
Methods: Rotational lines of 12CO and 13CO, as well as a millimetre-wave continuum, have been observed for a sample of 22 OH/IR stars in directions within 2° of the Galactic Centre. Photometry data (≈1-30 µm) have been gathered from the literature to construct spectral energy distributions (SEDs) and to determine pulsational variability. Radiative transfer models have been used to interpret the line and photometry data.
Results: All stars in the sample were detected in at least one CO line, and eight objects were detected in 324 GHz continuum. Based on luminosity criteria, the sample is divided into 17 objects that most likely lie within the inner Galactic Bulge, and five objects that are most likely foreground objects. The median luminosity of the inner-Galactic-Bulge sub-sample, 5600 L⊙, corresponds to an initial mass in the range 1.2-1.6 M⊙, indicating that these inner-Galactic-Bulge OH/IR stars descend from solar-type stars. The objects in this sub-sample are further divided into two classes based on their SED characteristics: Eleven objects have SEDs that are well matched by models invoking dust envelopes extending from a few stellar radii and outwards, while six objects are better modelled as having detached dust envelopes with inner radii in the range 200-600 au and warmer central stars. The former objects have periodic variability, while the latter objects are predominantly non-periodic. The median gas-mass-loss rate, gas terminal expansion velocity, gas-to-dust mass ratio, and circumstellar 12CO/13CO abundance ratio have been estimated to be 2 × 10−5 M⊙ yr−1, 18 km s−1, 200 (excluding the sources with detached dust envelopes, which show markedly lower gas-to-dust ratios), and 5, respectively, for the inner-Galactic-Bulge sub-sample. All line brightness distributions are resolved at an angular scale of ≈0″.15, but only two objects show a structure in their circumstellar envelopes at our resolution and sensitivity. In both cases, this structure takes the form of a cavity and a bipolar morphology.
Conclusions: The inner-Galactic-Bulge sub-sample consists of high mass-loss-rate stars that descend from solar-type progenitors and that lie near the tip of the AGB. Some of the sample stars may have recently ceased mass loss and, hence, have begun to evolve beyond the AGB, as evidenced by a change in circumstellar characteristics and indications of warmer central stars. The inferred very low stellar 12C/13C isotope ratios are indicative of CNO-cycle nuclear processing, and they are most likely established at the surfaces of the stars during the first dredge-up on the red giant branch since these stars are not expected to experience hot-bottom burning. The inner-Galactic-Bulge OH/IR stars studied here constitute an excellent sample of equidistant objects for the purpose of understanding the evolution of the mass-loss-rate characteristics at the tip of the AGB. 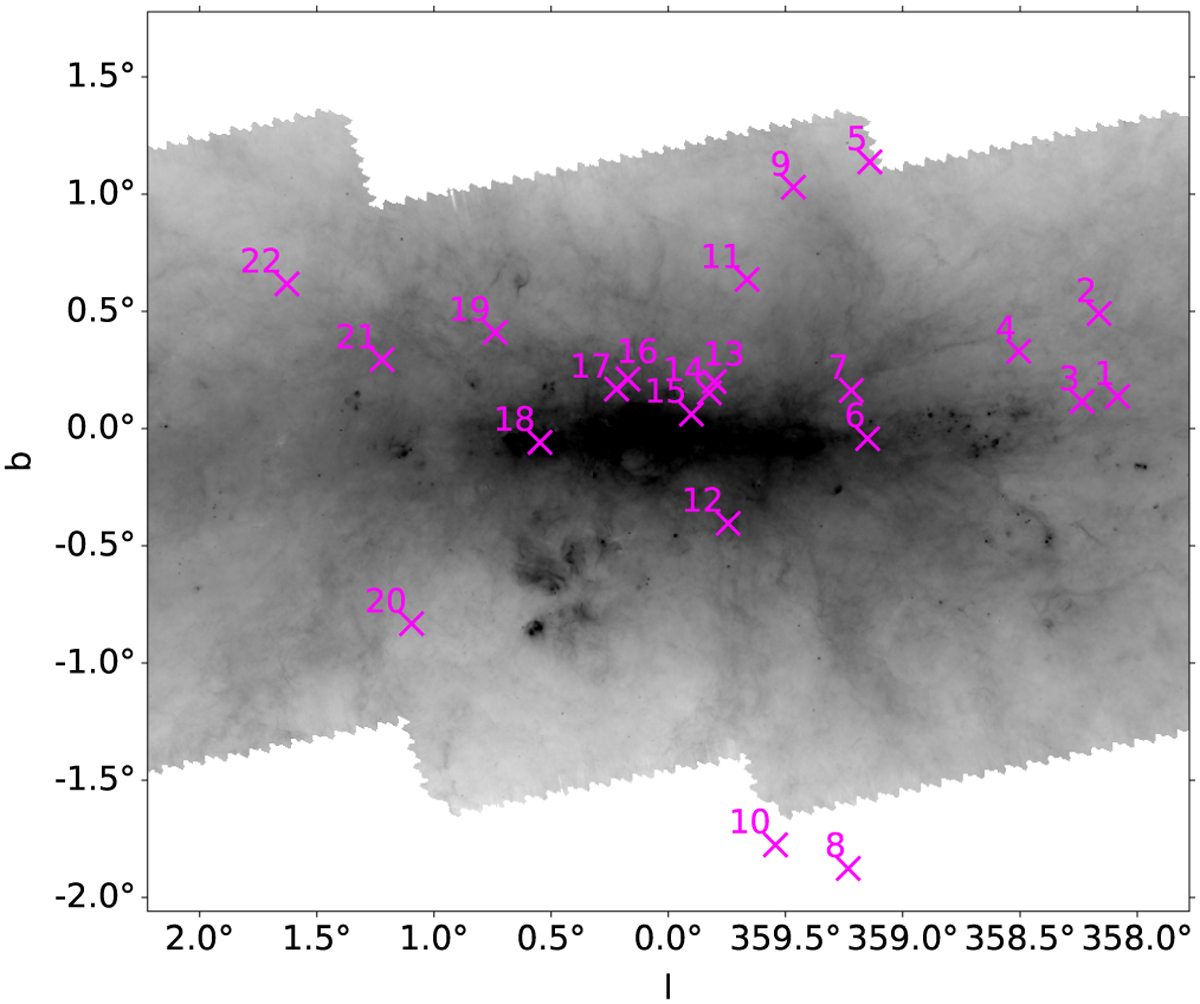