Scaling relations of z ∼ 0.25-1.5 galaxies in various environments from the morpho-kinematics analysis of the MAGIC sample

Context. The evolution of galaxies is influenced by many physical processes, which may vary depending on their environment.
Aims: We combine Hubble Space Telescope (HST) and Multi-Unit Spectroscopic Explorer (MUSE) data of galaxies at 0.25 ≲ z ≲ 1.5 to probe the impact of environment on the size-mass relation, the main sequence (MS) relation, and the Tully-Fisher relation (TFR).
Methods: We perform a morpho-kinematics modelling of 593 [O II] emitters in various environments in the COSMOS area from the MUSE-gAlaxy Groups In Cosmos survey. The HST F814W images are modelled with a bulge-disk decomposition to estimate their bulge-disk ratio, effective radius, and disk inclination. We use the [O II]λλ3727, 3729 doublet to extract the galaxies' ionised gas kinematics maps from the MUSE cubes, and we model those maps for a sample of 146 [O II] emitters, including bulge and disk components constrained from morphology and a dark matter halo.
Results: We find an offset of 0.03 dex (1σ significant) on the size-mass relation zero point between the field and the large structure sub-samples, with a richness threshold of N = 10 to separate between small and large structures, and of 0.06 dex (2σ) with N = 20. Similarly, we find a 0.1 dex (2σ) difference on the MS relation with N = 10 and 0.15 dex (3σ) with N = 20. These results suggest that galaxies in massive structures are smaller by 14% and have star formation rates reduced by a factor of 1.3 − 1.5 with respect to field galaxies at z ≈ 0.7. Finally, we do not find any impact of the environment on the TFR, except when using N = 20 with an offset of 0.04 dex (1σ). We discard the effect of quenching for the largest structures, which would lead to an offset in the opposite direction. We find that, at z ≈ 0.7, if quenching impacts the mass budget of galaxies in structures, these galaxies would have been affected quite recently and for roughly 0.7 − 1.5 Gyr. This result holds when including the gas mass but vanishes once we include the asymmetric drift correction. 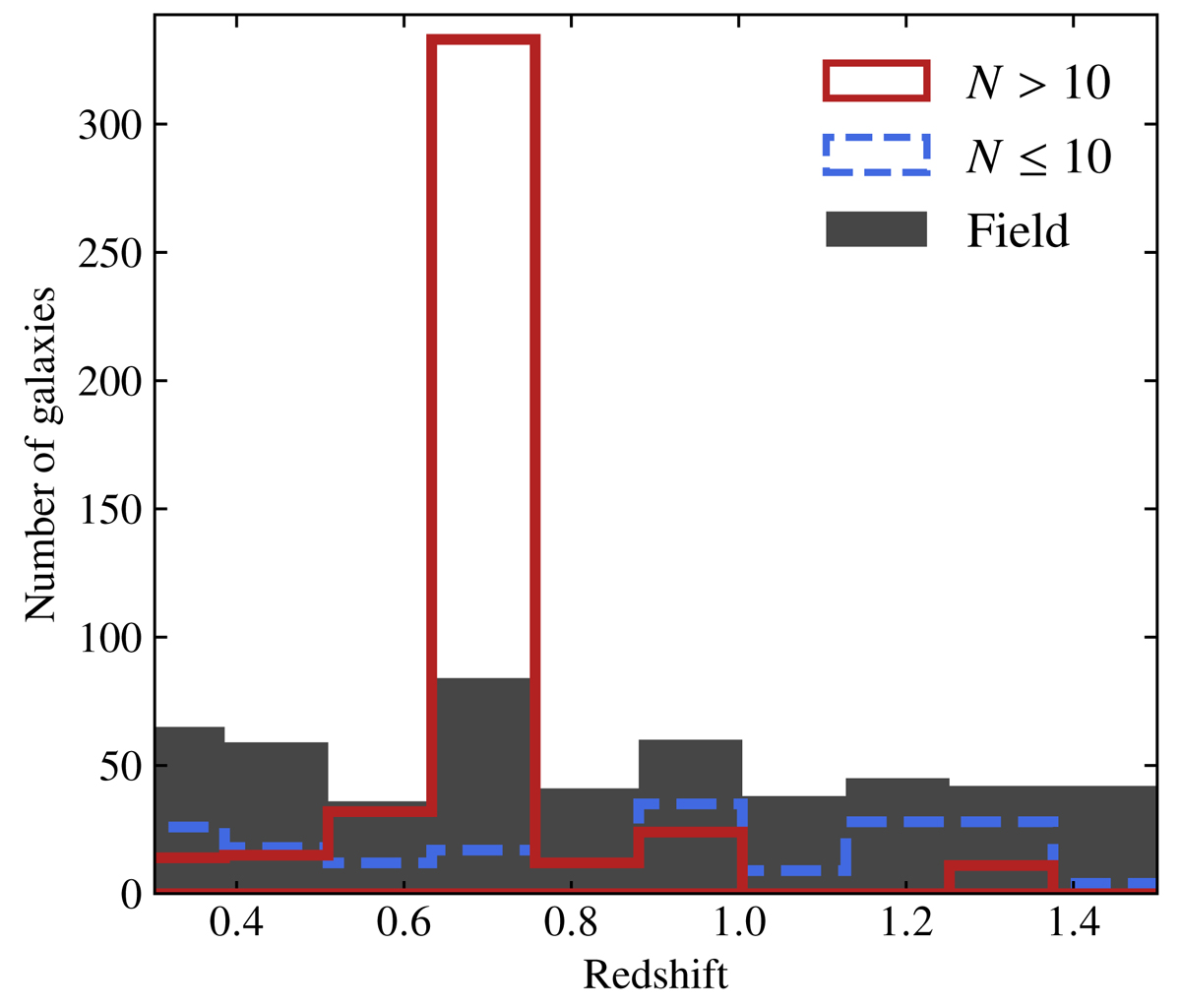