Context. TOI-2076 is a transiting three-planet system of sub-Neptunes orbiting a bright (G = 8.9 mag), young (340 ± 80 Myr) K-type star. Although a validated planetary system, the orbits of the two outer planets were unconstrained as only two non-consecutive transits were seen in TESS photometry. This left 11 and 7 possible period aliases for each.
Aims: To reveal the true orbits of these two long-period planets, precise photometry targeted on the highest-probability period aliases is required. Long-term monitoring of transits in multi-planet systems can also help constrain planetary masses through TTV measurements.
Methods: We used the MonoTools package to determine which aliases to follow, and then performed space-based and ground-based photometric follow-up of TOI-2076 c and d with CHEOPS, SAINT-EX, and LCO telescopes.
Results: CHEOPS observations revealed a clear detection for TOI-2076 c at P = 21.02538 - 0.00074 + 0.00084 d, and allowed us to rule out three of the most likely period aliases for TOI-2076 d. Ground-based photometry further enabled us to rule out remaining aliases and confirm the P = 35.12537 ± 0.00067 d alias. These observations also improved the radius precision of all three sub-Neptunes to 2.518 ± 0.036, 3.497 ± 0.043, and 3.232 ± 0.063 R⊕. Our observations also revealed a clear anti-correlated TTV signal between planets b and c likely caused by their proximity to the 2:1 resonance, while planets c and d appear close to a 5:3 period commensurability, although model degeneracy meant we were unable to retrieve robust TTV masses. Their inflated radii, likely due to extended H-He atmospheres, combined with low insolation makes all three planets excellent candidates for future comparative transmission spectroscopy with JWST. 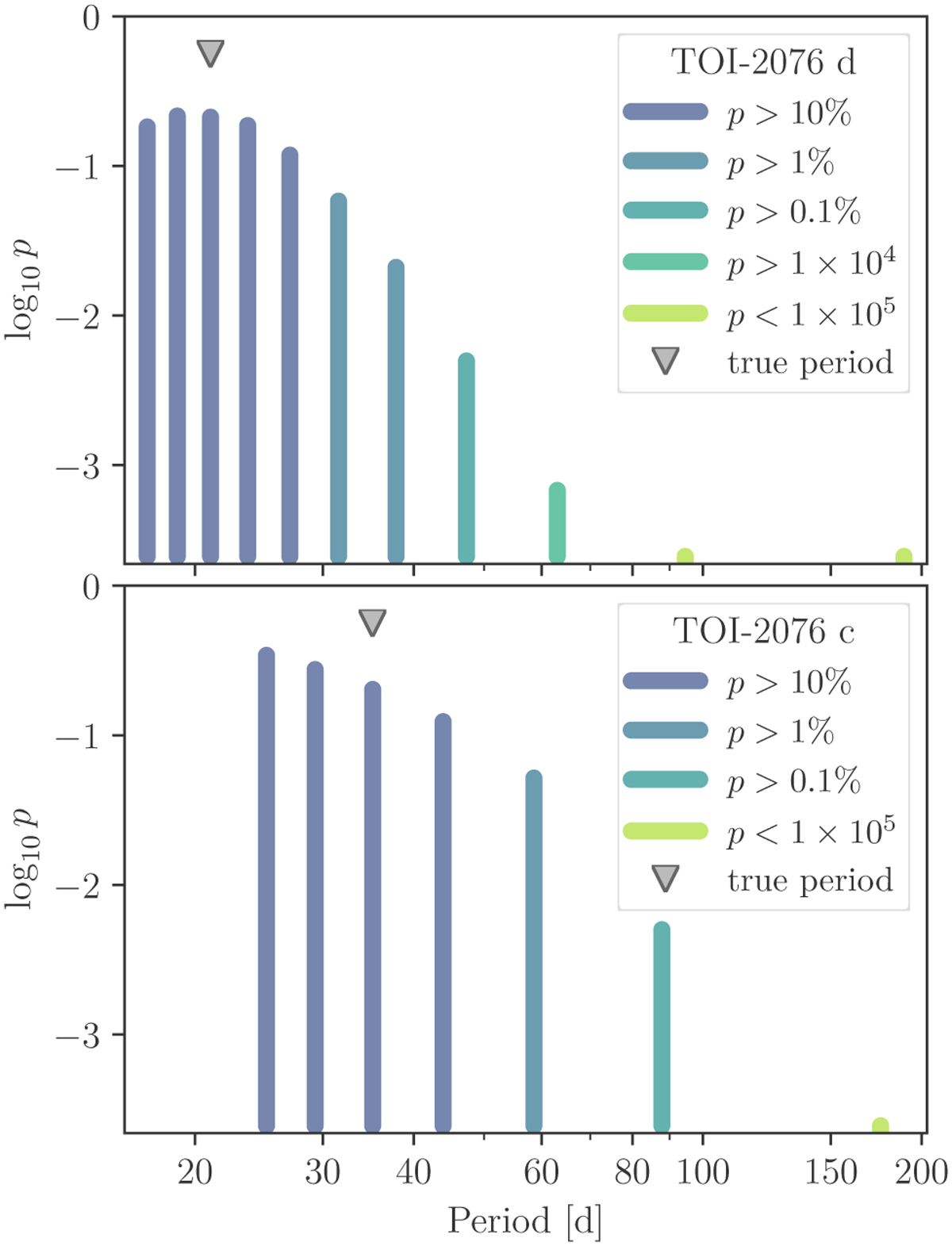