Context. Extragalactic globular clusters (GCs) are key objects in studies of galactic histories. The advent of wide-field surveys, such as the Javalambre Photometric Local Universe Survey (J-PLUS), offers new possibilities for the study of these systems.
Aims: We performed the first study of GCs in J-PLUS to recover information on the history of NGC 1023, taking advantage of wide-field images and 12 filters.
Methods: We developed the semiautomatic pipeline GCFinder for detecting GC candidates in J-PLUS images, which can also be adapted to similar surveys. We studied the stellar population properties of a sub-sample of GC candidates using spectral energy distribution (SED) fitting.
Results: We found 523 GC candidates in NGC 1023, about 300 of which are new. We identified subpopulations of GC candidates, where age and metallicity distributions have multiple peaks. By comparing our results with the simulations, we report a possible broad age-metallicity relation, supporting the notion that NGC 1023 has experienced accretion events in the past. With a dominating age peak at 1010 yr, we report a correlation between masses and ages that suggests that massive GC candidates are more likely to survive the turbulent history of the host galaxy. Modeling the light of NGC 1023, we find two spiral-like arms and detect a displacement of the galaxy's photometric center with respect to the outer isophotes and center of GC distribution (~700pc and ~1600pc, respectively), which could be the result of ongoing interactions between NGC 1023 and NGC 1023A.
Conclusions: By studying the GC system of NGC 1023 with J-PLUS, we showcase the power of multi-band surveys for these kinds of studies and we find evidence to support the complex accretion history of the host galaxy.

A table containing the GC candidates presented in this work as well as their magnitudes is only available at the CDS via anonymous ftp to cdsarc.u-strasbg.fr (ftp://130.79.128.5) or via http://cdsarc.u-strasbg.fr/viz-bin/cat/J/A+A/664/A129 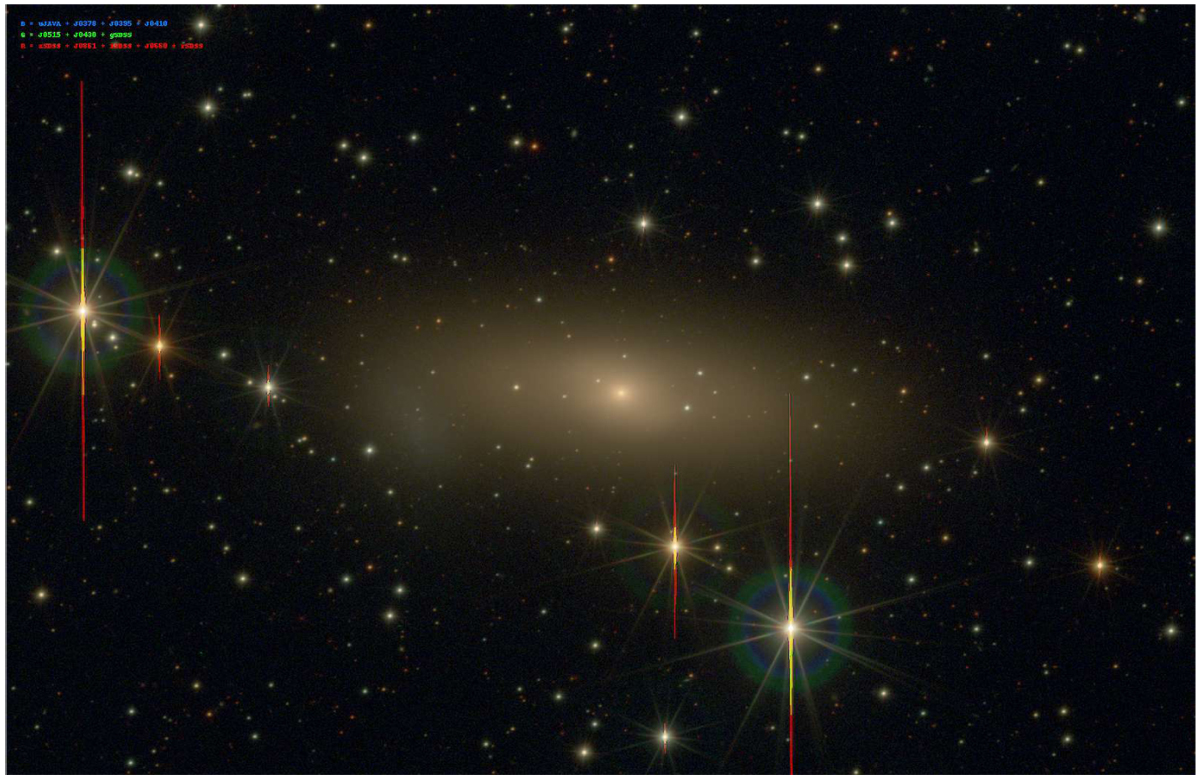