Aims: The light curve of the microlensing event KMT-2021-BLG-0240 exhibits a short-lasting anomaly with complex features near the peak at the 0.1 mag level from a single-lens single-source model. We conducted modeling of the lensing light curve under various interpretations to reveal the nature of the anomaly.
Methods: It is found that the anomaly cannot be explained with the usual model based on a binary-lens (2L1S) or a binary-source (1L2S) interpretation. However, a 2L1S model with a planet companion can describe part of the anomaly, suggesting that the anomaly may be deformed by a tertiary lens component or a close companion to the source. From the additional modeling, we find that all the features of the anomaly can be explained with either a triple-lens (3L1S) model or a binary-lens binary-source (2L2S) model. However, it is difficult to validate the 2L2S model because the light curve does not exhibit signatures induced by the source orbital motion and the ellipsoidal variations expected by the close separation between the source stars according to the model. We, therefore, conclude that the two interpretations cannot be distinguished with the available data, and either can be correct.
Results: According to the 3L1S solution, the lens is a planetary system with two sub-Jovian-mass planets in which the planets have masses of 0.32-0.47 MJ and 0.44-0.93 MJ, and they orbit an M dwarf host. According to the 2L2S solution, on the other hand, the lens is a single planet system with a mass of ~0.21 MJ orbiting a late K-dwarf host, and the source is a binary composed of a primary of a subgiant or a turnoff star and a secondary of a late G dwarf. The distance to the planetary system varies depending on the solution: ~7.0 kpc according to the 3L1S solution and ~6.6 kpc according to the 2L2S solution. 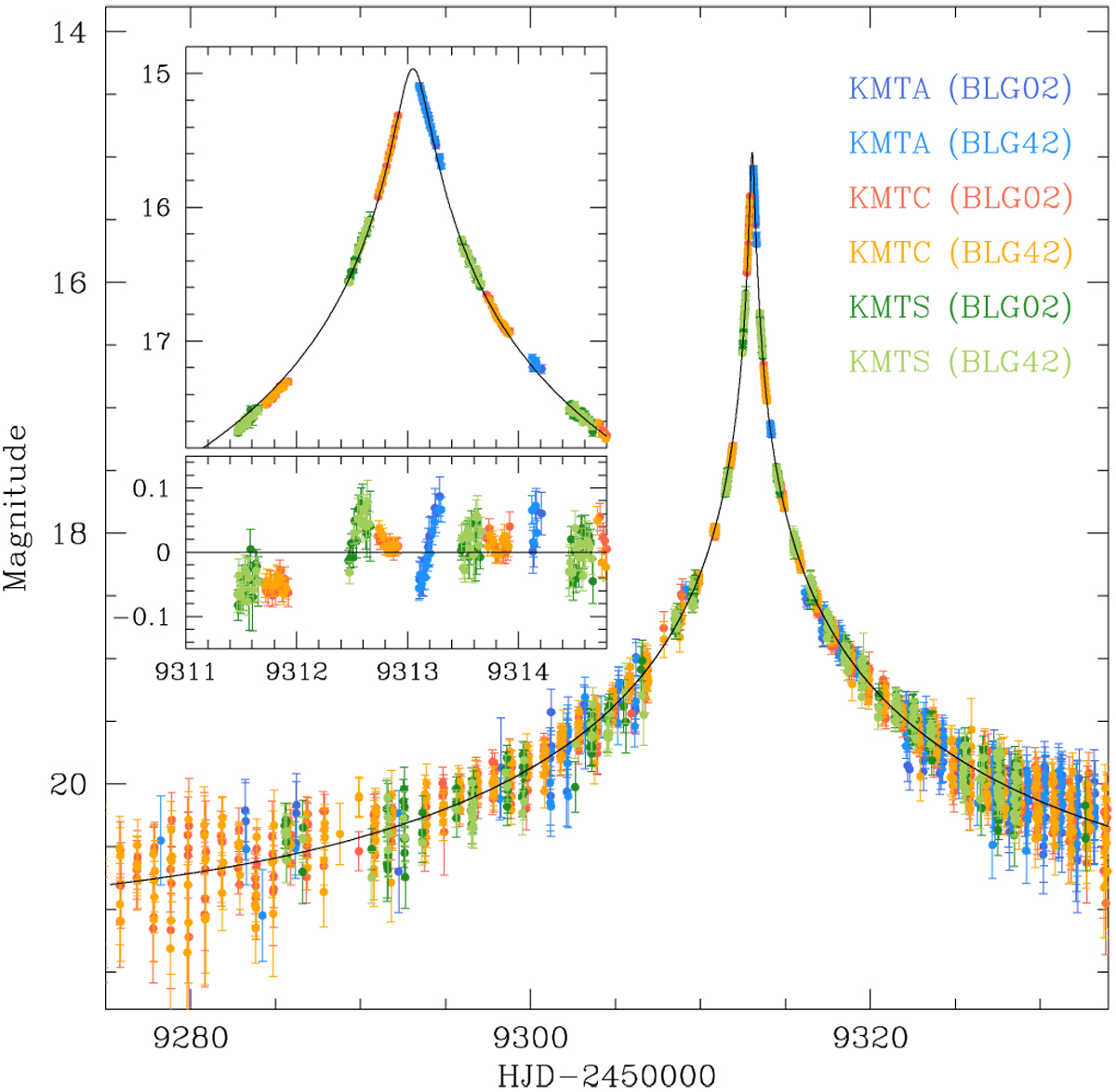