Aims: We present the complete Bayesian statistical analysis of the HArps-n red Dwarf Exoplanet Survey (HADES), which monitored the radial velocities of a large sample of M dwarfs with HARPS-N at TNG over the last 6 yr.
Methods: The targets were selected in a narrow range of spectral types from M0 to M3, 0.3 M⊙ < M★ < 0.71 M⊙, in order to study the planetary population around a well-defined class of host stars. We take advantage of Bayesian statistics to derive an accurate estimate of the detectability function of the survey. Our analysis also includes the application of a Gaussian Process approach to take into account stellar-activity-induced radial velocity variations and improve the detection limits around the most-observed and most-active targets. The Markov chain Monte Carlo and Gaussian process technique we apply in this analysis has proven very effective in the study of M-dwarf planetary systems, helping the detection of most of the HADES planets.
Results: From the detectability function we can calculate the occurrence rate of small-mass planets around early-M dwarfs, either taking into account only the 11 already published HADES planets or adding the five new planetary candidates discovered in this analysis, and compare them with the previous estimates of planet occurrence around M-dwarf or solar-type stars: considering only the confirmed planets, we find the highest frequency for low-mass planets (1 M⊕ < mp sin i < 10 M⊕) with periods 10 d < P < 100 d, focc = 0.85 - 0.21 + 0.46, while for short-period planets (1 d < P < 10 d) we find a frequency of focc = 0.10 - 0.03 + 0.10, significantly lower than for later-M dwarfs; if instead we also take into account the new candidates, we observe the same general behaviours, but with consistently higher frequencies of low-mass planets. We also present new estimates of the occurrence rates of long-period giant planets and temperate planets inside the habitable zone of early-M dwarfs: in particular we find that the frequency of habitable planets could be as low as η⊕ < 0.23. These results, and their comparison with other surveys focused on different stellar types, confirm the central role that stellar mass plays in the formation and evolution of planetary systems. 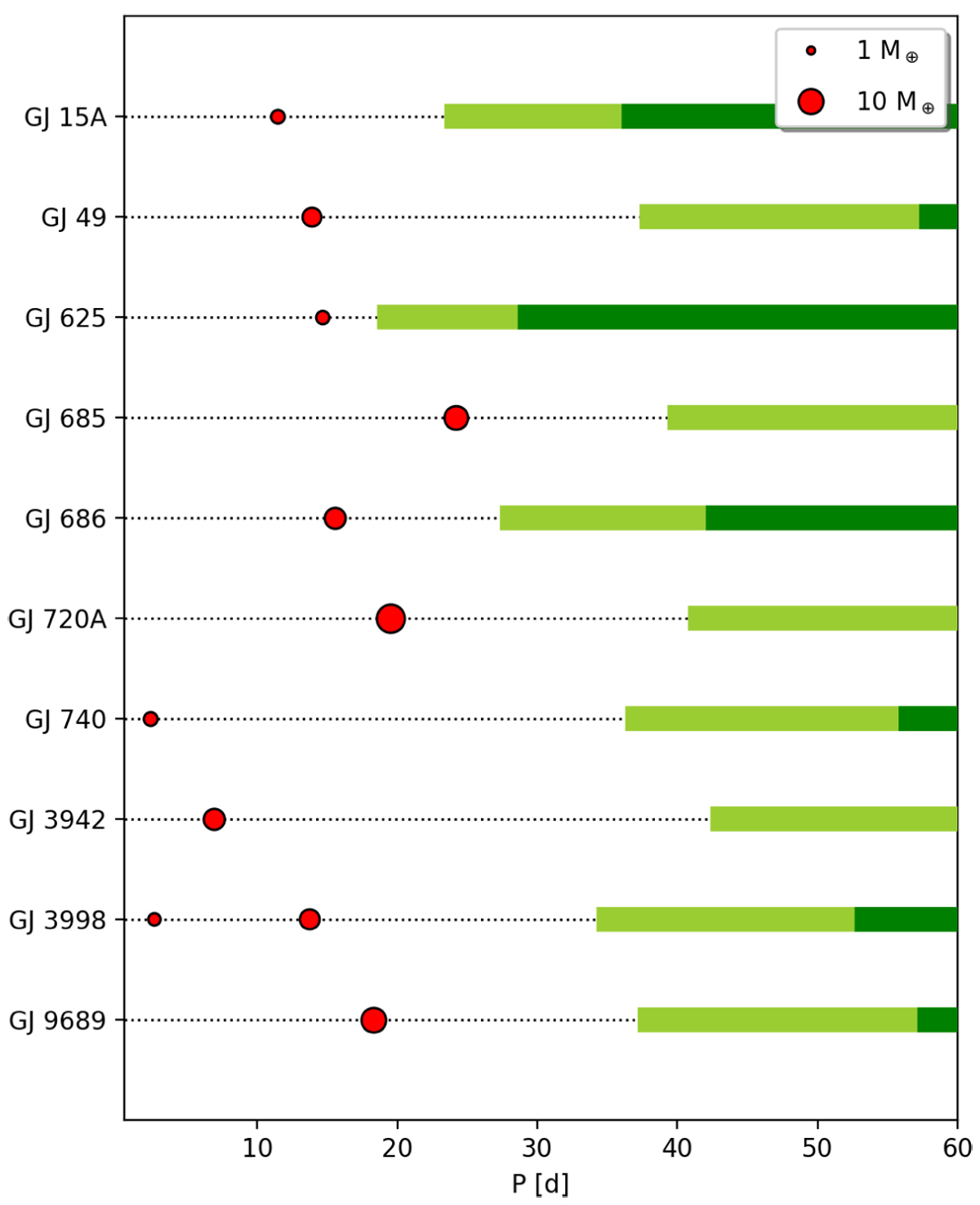