Aims: With the aim of finding short-term planetary signals, we investigated the data collected from current high-cadence microlensing surveys.
Methods: From this investigation, we found four planetary systems with low planet-to-host mass ratios, including OGLE-2017-BLG-1691L, KMT-2021-BLG-0320L, KMT-2021-BLG-1303L, and KMT-2021-BLG-1554L. Despite the short durations, ranging from a few hours to a couple of days, the planetary signals were clearly detected by the combined data of the lensing surveys. We found that three of the planetary systems have mass ratios on the order of 10−4 and the other has a mass ratio that is slightly greater than 10−3.
Results: The estimated masses indicate that all discovered planets have sub-Jovian masses. The planet masses of KMT-2021-BLG-0320Lb, KMT-2021-BLG-1303Lb, and KMT-2021-BLG-1554Lb correspond to ~0.10, ~0.38, and ~0.12 times the mass of the Jupiter, and the mass of OGLE-2017-BLG-1691Lb corresponds to that of the Uranus. The estimated mass of the planet host KMT-2021-BLG-1554L, Mhost ~ 0.08 M⊙, corresponds to the boundary between a star and a brown dwarf. Besides this system, the host stars of the other planetary systems are low-mass stars with masses in the range of ~[0.3-0.6] M⊙. The discoveries of the planets fully demonstrate the capability of the current high-cadence microlensing surveys in detecting low-mass planets. 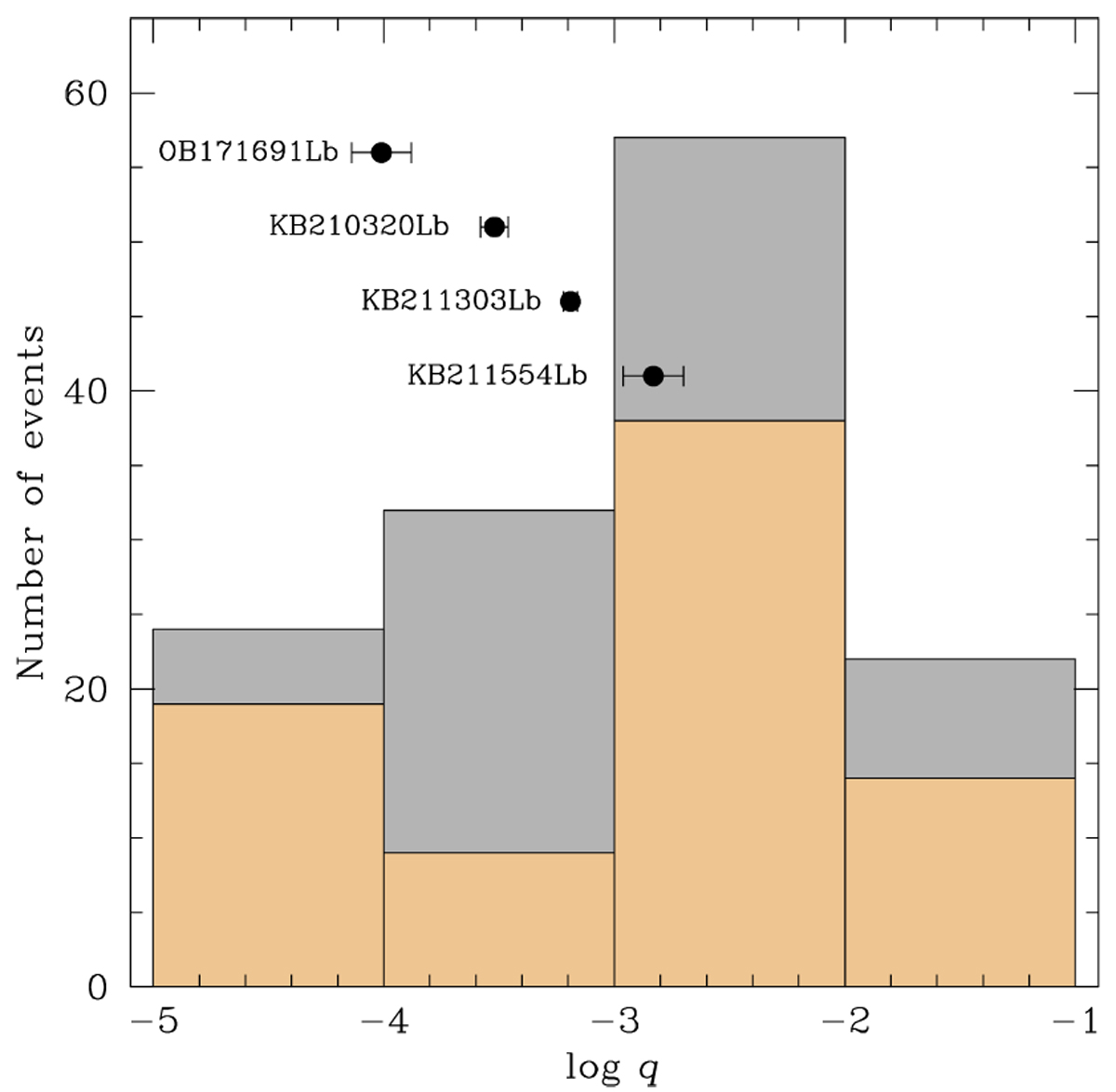