Asteroseismology of evolved stars to constrain the internal transport of angular momentum. V. Efficiency of the transport on the red giant branch and in the red clump

Context. Asteroseismology provides constraints on the core rotation rate for hundreds of low- and intermediate-mass stars in evolved phases. Current physical processes tested in stellar evolution models cannot reproduce the evolution of these core rotation rates.
Aims: We investigate the efficiency of the internal angular momentum redistribution in red giants during the hydrogen-shell and core-helium burning phases based on the asteroseismic determinations of their core rotation rates.
Methods: We computed stellar evolution models with rotation and model the transport of angular momentum by the action of a sole dominant diffusive process parameterised by an additional viscosity in the equation of angular momentum transport. We constrained the values of this viscosity to match the mean core rotation rates of red giants and their behaviour with mass and evolution using asteroseismic indicators along the red giant branch and in the red clump.
Results: For red giants in the hydrogen-shell burning phase, the transport of angular momentum must be more efficient in more massive stars. The additional viscosity is found to vary by approximately two orders of magnitude in the mass range M ∼ 1-2.5 M⊙. As stars evolve along the red giant branch, the efficiency of the internal transport of angular momentum must increase for low-mass stars (M ≲ 2 M⊙) and remain approximately constant for slightly higher masses (2.0 M⊙ ≲ M ≲ 2.5 M⊙). In red clump stars, the additional viscosities must be an order of magnitude higher than in younger red giants of similar mass during the hydrogen-shell burning phase.
Conclusions: In combination with previous efforts, we obtain a clear picture of how the physical processes acting in stellar interiors should redistribute angular momentum from the end of the main sequence until the core-helium burning phase for low- and intermediate-mass stars to satisfy the asteroseismic constraints. 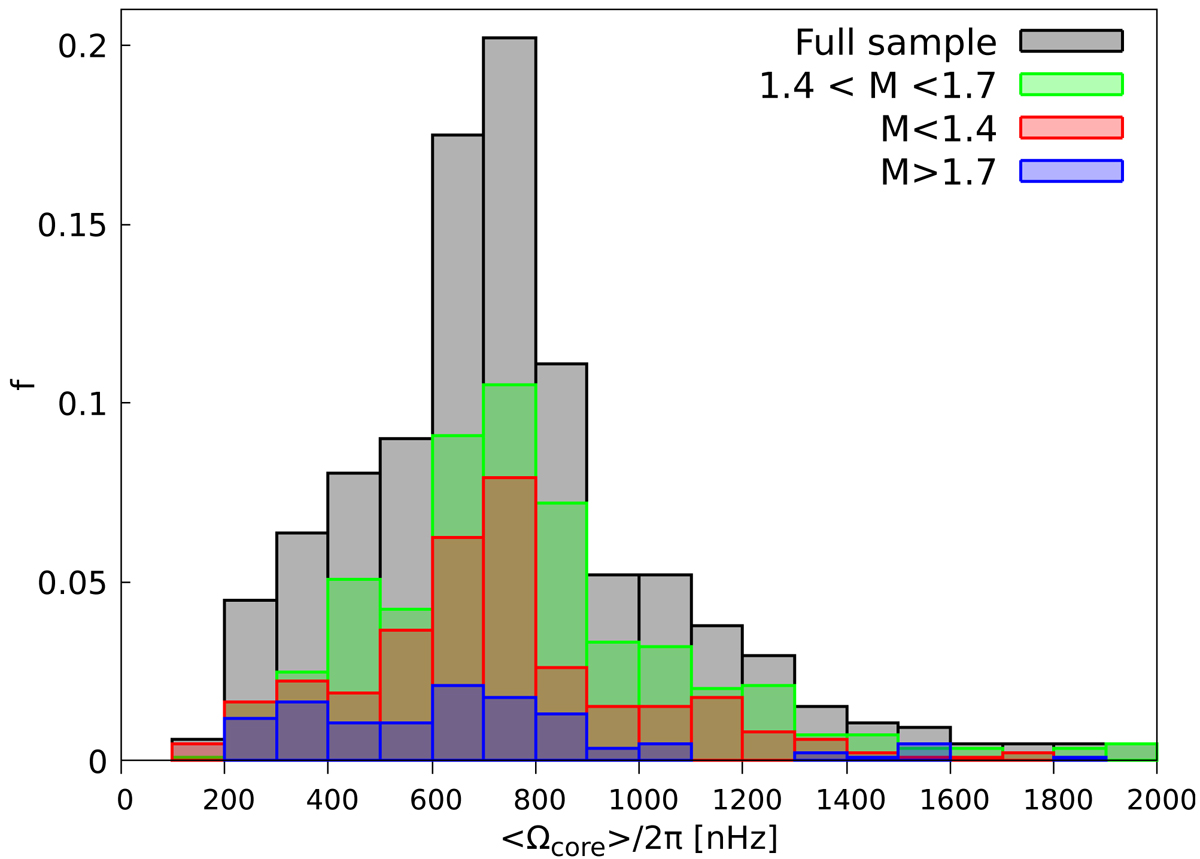