Galactic ArchaeoLogIcaL ExcavatiOns (GALILEO). I. An updated census of APOGEE N-rich giants across the Milky Way

We use the 17th data release of the second phase of the Apache Point Observatory Galactic Evolution Experiment (APOGEE-2) to provide a homogenous census of N-rich red giant stars across the Milky Way (MW). We report a total of 149 newly identified N-rich field giants toward the bulge, metal-poor disk, and halo of our Galaxy. They exhibit significant enrichment in their nitrogen abundance ratios ([N/Fe] ≳ +0.5), along with simultaneous depletions in their [C/Fe] abundance ratios ([C/Fe] < +0.15), and they cover a wide range of metallicities (−1.8 < [Fe/H] < −0.7). The final sample of candidate N-rich red giant stars with globular-cluster-like (GC-like) abundance patterns from the APOGEE survey includes a grand total of ∼412 unique objects. These strongly N-enhanced stars are speculated to have been stripped from GCs based on their chemical similarities with these systems. Even though we have not found any strong evidence for binary companions or signatures of pulsating variability yet, we cannot rule out the possibility that some of these objects were members of binary systems in the past and/or are currently part of a variable system. In particular, the fact that we identify such stars among the field stars in our Galaxy provides strong evidence that the nucleosynthetic process(es) producing the anomalous [N/Fe] abundance ratios occurs over a wide range of metallicities. This may provide evidence either for or against the uniqueness of the progenitor stars to GCs and/or the existence of chemical anomalies associated with likely tidally shredded clusters in massive dwarf galaxies such as "Kraken/Koala", Gaia-Enceladus-Sausage, among others, before or during their accretion by the MW. A dynamical analysis reveals that the newly identified N-rich stars exhibit a wide range of dynamical characteristics throughout the MW, indicating that they were produced in a variety of Galactic environments. 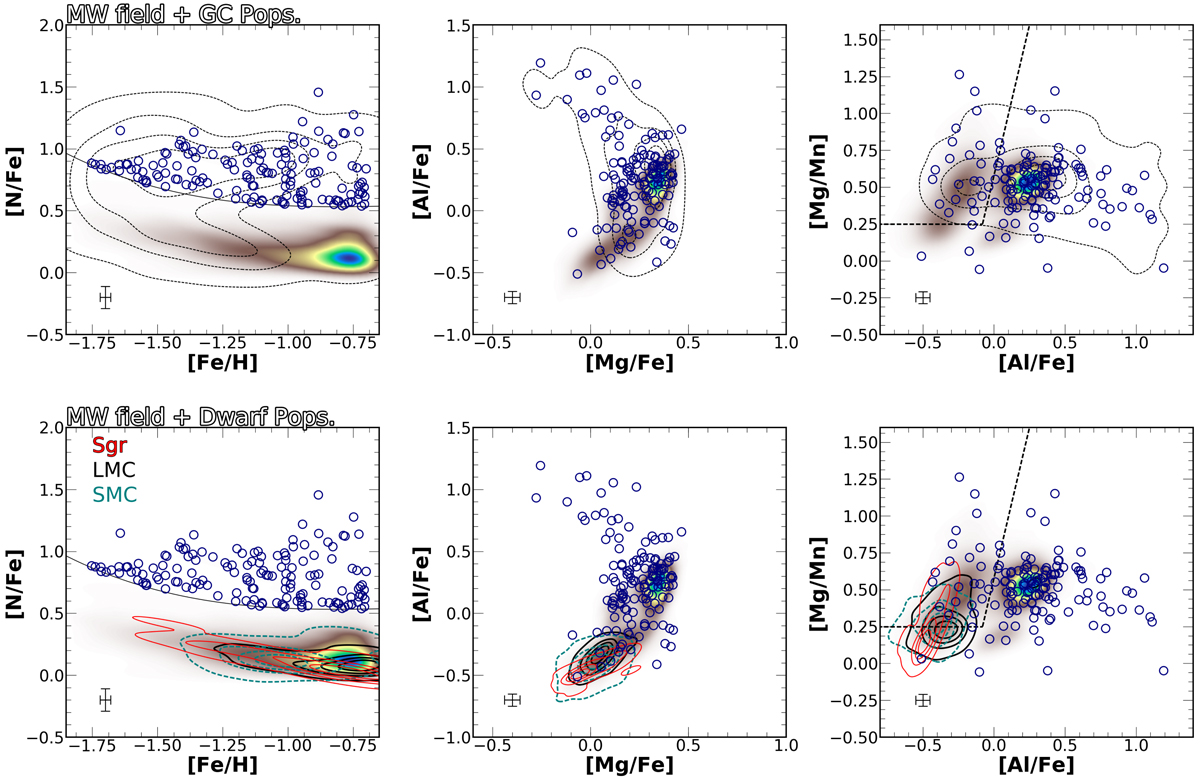