Pulsar scintillation studies with LOFAR. I. The census

Context. Interstellar scintillation (ISS) of pulsar emission can be used both as a probe of the ionized interstellar medium (IISM) and cause corruptions in pulsar timing experiments. Of particular interest are so-called scintillation arcs which can be used to measure time-variable interstellar scattering delays directly, potentially allowing high-precision improvements to timing precision.
Aims: The primary aim of this study is to carry out the first sizeable and self-consistent census of diffractive pulsar scintillation and scintillation-arc detectability at low frequencies, as a primer for larger-scale IISM studies and pulsar-timing related propagation studies with the LOw-Frequency ARray (LOFAR) High Band Antennae (HBA).
Methods: We use observations from five international LOFAR stations and the LOFAR core in the Netherlands. We analyze the 2D auto-covariance function of the dynamic spectra of these observations to determine the characteristic bandwidth and timescale of the ISS toward the pulsars in our sample and investigate the 2D power spectra of the dynamic spectra to determine the presence of scintillation arcs.
Results: In this initial set of 31 sources, 15 allow for the full determination of the scintillation properties; nine of these show detectable scintillation arcs at 120-180 MHz. Eight of the observed sources show unresolved scintillation; and the final eight do not display diffractive scintillation. Some correlation between scintillation detectability and pulsar brightness and a dispersion measure is apparent, although no clear cut-off values can be determined. Our measurements across a large fractional bandwidth allow a meaningful test of the frequency scaling of scintillation parameters, uncorrupted by influences from refractive scintillation variations.
Conclusions: Our results indicate the powerful advantage and great potential of ISS studies at low frequencies and the complex dependence of scintillation detectability on parameters such as pulsar brightness and interstellar dispersion. This work provides the first installment of a larger-scale census and longer-term monitoring of ISS effects at low frequencies. 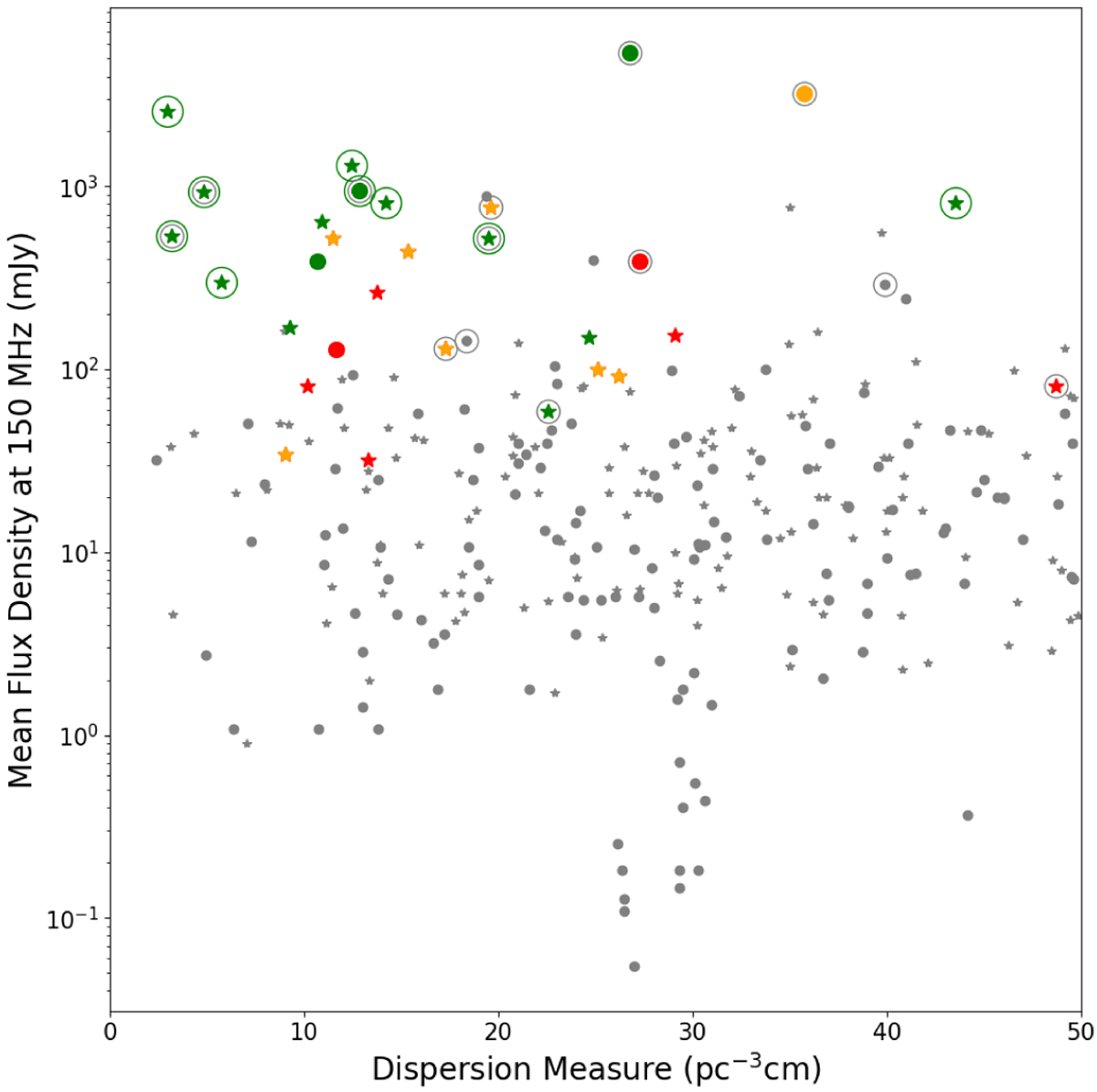