The disk of FU Orionis viewed with MATISSE/VLTI. First interferometric observations in L and M bands


Aims: We studied the accretion disk of the archetypal eruptive young star FU Orionis with the use of mid-infrared interferometry, which enabled us to resolve the innermost regions of the disk down to a spatial resolution of 3 milliarcseconds (mas) in the L band, that is, within 1 au of the protostar.
Methods: We used the interferometric instrument MATISSE/VLTI to obtain observations of FU Ori's disk in the L, M, and N bands with multiple baseline configurations. We also obtained contemporaneous photometry in the optical (UBVRIr'i'; SAAO and Konkoly Observatory) and near-infrared (JHKs; NOT). Our results were compared with radiative transfer simulations modeled by RADMC-3D.
Results: The disk of FU Orionis is marginally resolved with MATISSE, suggesting that the region emitting in the thermal infrared is rather compact. An upper limit of ~1.3 ± 0.1 mas (in L) can be given for the diameter of the disk region probed in the L band, corresponding to 0.5 au at the adopted Gaia EDR3 distance. This represents the hot, gaseous region of the accretion disk. The N-band data indicate that the dusty passive disk is silicate-rich. Only the innermost region of said dusty disk is found to emit strongly in the N band, and it is resolved at an angular size of ~5 mas, which translates to a diameter of about 2 au. The observations therefore place stringent constraints for the outer radius of the inner accretion disk. Dust radiative transfer simulations with RADMC-3D provide adequate fits to the spectral energy distribution from the optical to the submillimeter and to the interferometric observables when opting for an accretion rate M ~ 2 × 10−5 M⊙ yr−1 and assuming M* = 0.6 M⊙, Most importantly, the hot inner accretion disk's outer radius can be fixed at 0.3 au. The outer radius of the dusty disk is placed at 100 au, based on constraints from scattered-light images in the literature. The dust mass contained in the disk is 2.4 × 10−4 M⊙, and for a typical gas-to-dust ratio of 100, the total mass in the disk is approximately 0.02 M⊙. We did not find any evidence for a nearby companion in the current interferometric data, and we tentatively explored the case of disk misalignment. For the latter, our modeling results suggest that the disk orientation is similar to that found in previous imaging studies by ALMA. Should there be an asymmetry in the very compact, inner accretion disk, this might be resolved at even smaller spatial scales (≤1 mas). 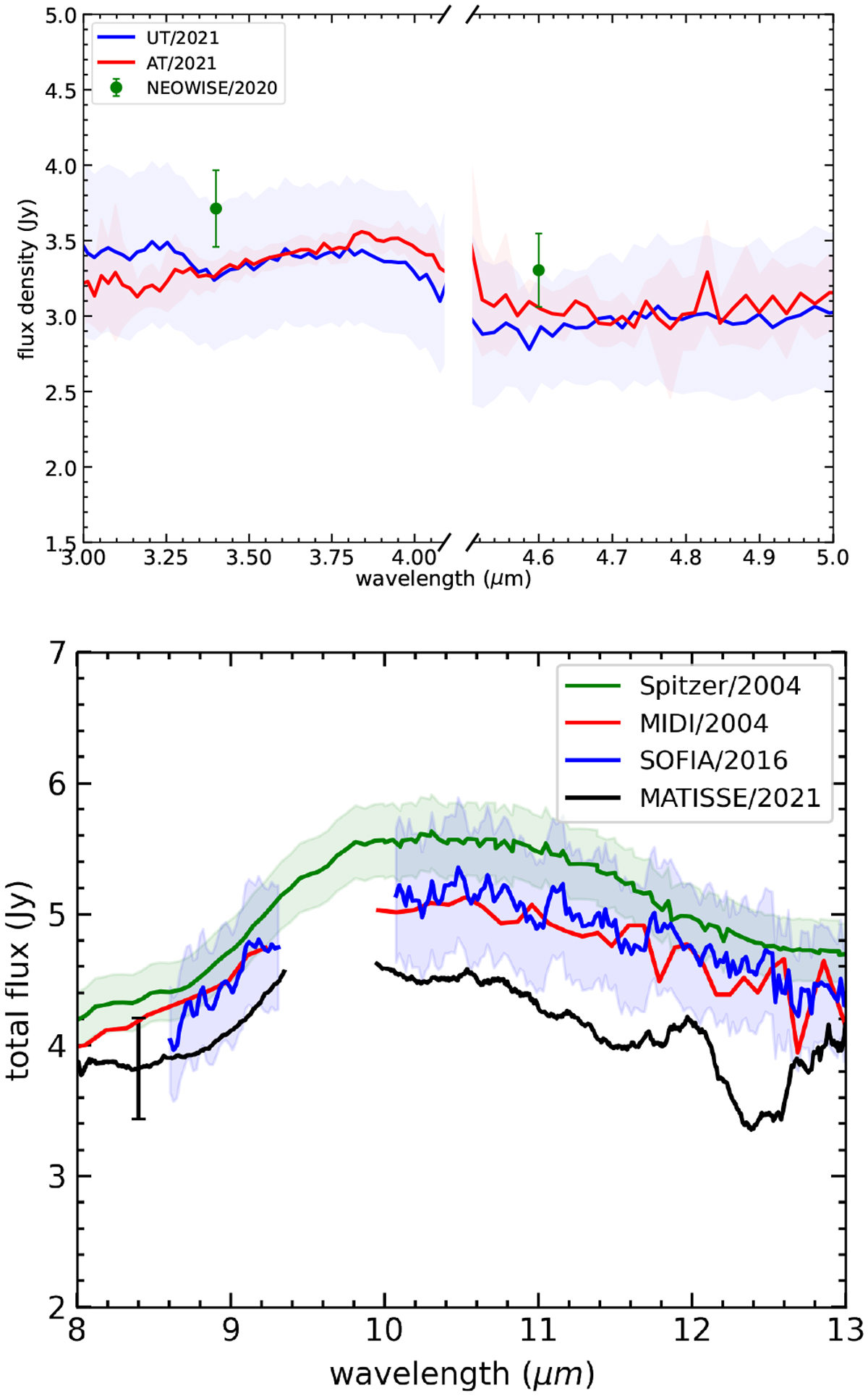