The CARMENES radial-velocity survey is currently searching for planets in a sample of 387 M dwarfs. Here we report on two Saturn-mass planets orbiting TYC 2187-512-1 (M* = 0.50 M⊙) and TZ Ari (M* = 0.15 M⊙), respectively. We obtained supplementary photometric time series, which we use along with spectroscopic information to determine the rotation periods of the two stars. In both cases, the radial velocities also show strong modulations at the respective rotation period. We thus modeled the radial velocities as a Keplerian orbit plus a Gaussian process representing the stellar variability. TYC 2187-512-1 is found to harbor a planet with a minimum mass of 0.33 MJup in a near-circular 692-day orbit. The companion of TZ Ari has a minimum mass of 0.21 MJup, orbital period of 771 d, and orbital eccentricity of 0.46. We provide an overview of all known giant planets in the CARMENES sample, from which we infer an occurrence rate of giant planets orbiting M dwarfs with periods up to 2 yr in the range between 2 and 6%. TZ Ari b is only the second giant planet discovered orbiting a host with mass less than 0.3 M⊙. These objects occupy an extreme location in the planet mass versus host mass plane. It is difficult to explain their formation in core-accretion scenarios, so they may possibly have been formed through a disk fragmentation process. 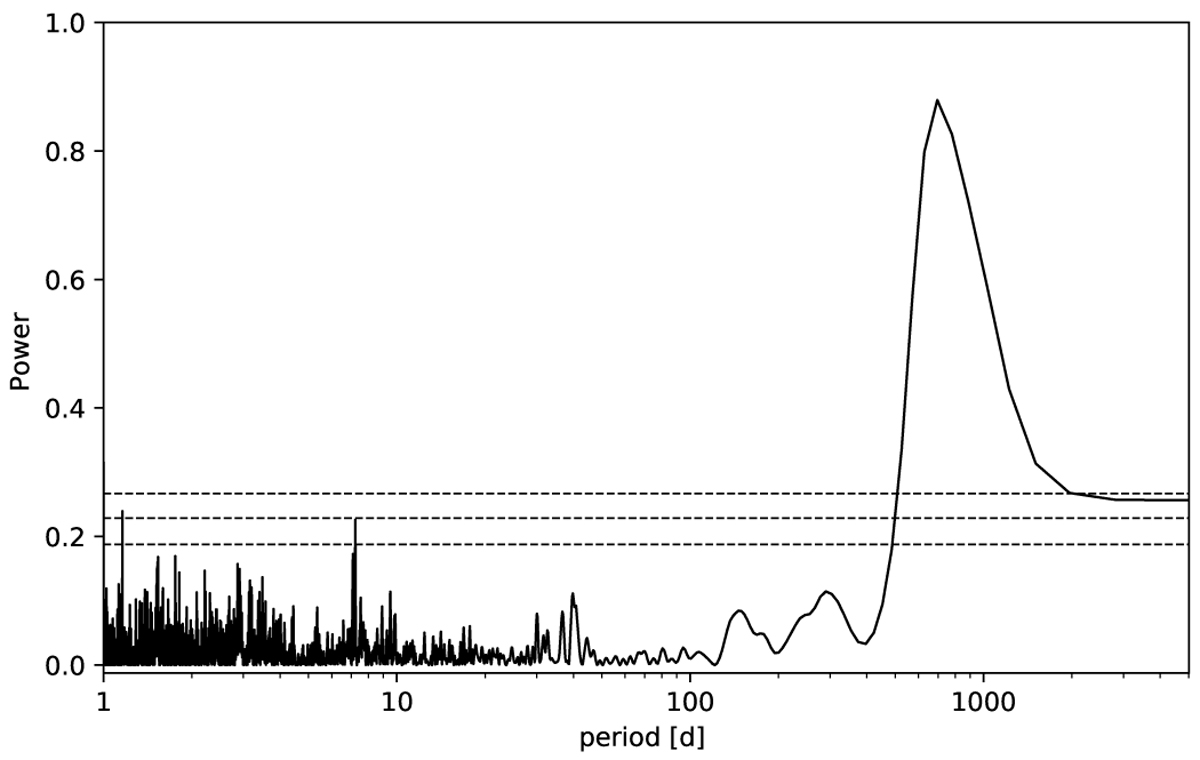