Asteroseismology of the multiple stellar populations in the globular cluster M4

We present a new asteroseismic analysis of the stars in the globular cluster (GC) M4 based on the data collected by the K2 mission. We report the detection of solar-like oscillation in 37 stars, 32 red giant branch (RGB) and six red horizontal branch (rHB) stars, which is the largest sample for this kind of study in GCs up to date. Combining information from asteroseismology and multi-band photometry, we estimate both the masses and the radii of our targets. Our estimates are in agreement with independent sources, serving as a crucial verification of asteroseismology in the low metallicity regime. As M4 is an old GC, it hosts multiple stellar populations differing in light element abundances and in helium mass fraction. This generates a mass difference between the populations along the RGB, which in the case of M4 is estimated to be 0.017 M⊙. With this wealth of information, we can assign population membership and estimate the average mass of the stellar populations; however, the current uncertainties do not allow us to resolve this mass difference. The population membership and the seismic data of RGB and HB stars allow us, however, to assess the integrated mass loss along the RGB of the first generation stars in the cluster. We obtain ΔM = 0.227 ± 0.028 M⊙, which is in good agreement with independent estimates. Finally, we observe the presence of a statistically significant mass-temperature gradient in the rHB stars. This represents the first direct, model-independent observation of the colour-temperature-mass correlation predicted by the theory. 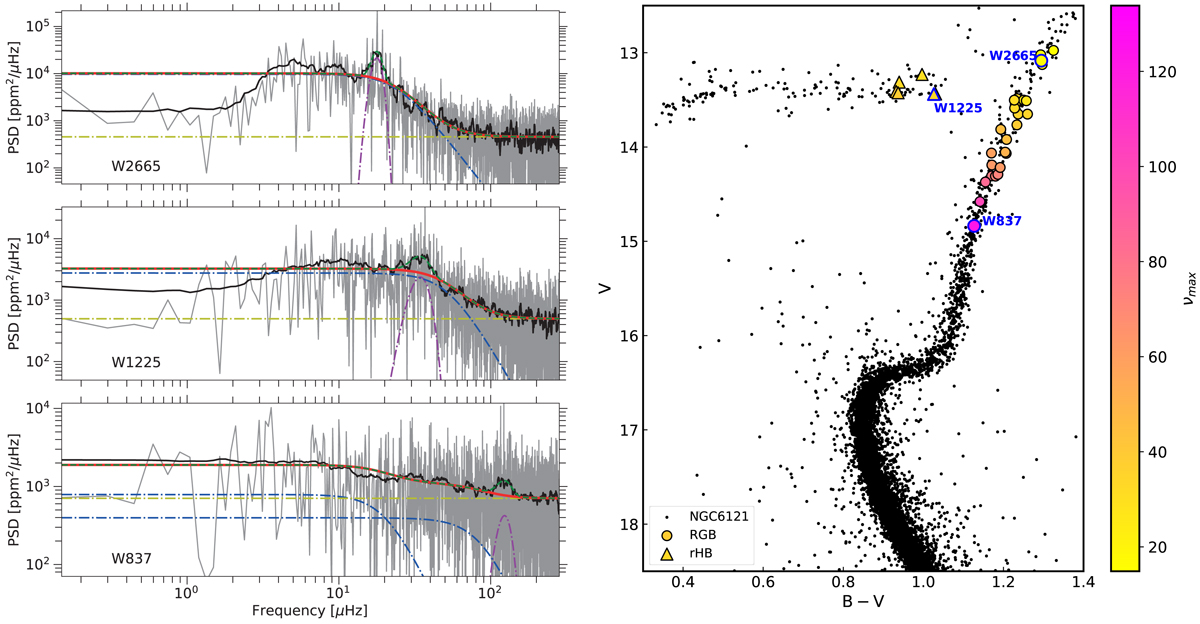