ALMA-IMF. I. Investigating the origin of stellar masses: Introduction to the Large Program and first results


Aims: Thanks to the high angular resolution, sensitivity, image fidelity, and frequency coverage of ALMA, we aim to improve our understanding of star formation. One of the breakthroughs expected from ALMA, which is the basis of our Cycle 5 ALMA-IMF Large Program, is the question of the origin of the initial mass function (IMF) of stars. Here we present the ALMA-IMF protocluster selection, first results, and scientific prospects.
Methods: ALMA-IMF imaged a total noncontiguous area of ~53 pc2, covering extreme, nearby protoclusters of the Milky Way. We observed 15 massive (2.5 −33 × 103 M⊙), nearby (2−5.5 kpc) protoclusters that were selected to span relevant early protocluster evolutionary stages. Our 1.3 and 3 mm observations provide continuum images that are homogeneously sensitive to point-like cores with masses of ~0.2 M⊙ and ~0.6 M⊙, respectively, with a matched spatial resolution of ~2000 au across the sample at both wavelengths. Moreover, with the broad spectral coverage provided by ALMA, we detect lines that probe the ionized and molecular gas, as well as complex molecules. Taken together, these data probe the protocluster structure, kinematics, chemistry, and feedback over scales from clouds to filaments to cores.
Results: We classify ALMA-IMF protoclusters as Young (six protoclusters), Intermediate (five protoclusters), or Evolved (four proto-clusters) based on the amount of dense gas in the cloud that has potentially been impacted by H II region(s). The ALMA-IMF catalog contains ~700 cores that span a mass range of ~0.15 M⊙ to ~250 M⊙ at a typical size of ~2100 au. We show that this core sample has no significant distance bias and can be used to build core mass functions (CMFs) at similar physical scales. Significant gas motions, which we highlight here in the G353.41 region, are traced down to core scales and can be used to look for inflowing gas streamers and to quantify the impact of the possible associated core mass growth on the shape of the CMF with time. Our first analysis does not reveal any significant evolution of the matter concentration from clouds to cores (i.e., from 1 pc to 0.01 pc scales) or from the youngest to more evolved protoclusters, indicating that cloud dynamical evolution and stellar feedback have for the moment only had a slight effect on the structure of high-density gas in our sample. Furthermore, the first-look analysis of the line richness toward bright cores indicates that the survey encompasses several tens of hot cores, of which we highlight the most massive in the G351.77 cloud. Their homogeneous characterization can be used to constrain the emerging molecular complexity in protostars of high to intermediate masses.
Conclusions: The ALMA-IMF Large Program is uniquely designed to transform our understanding of the IMF origin, taking the effects of cloud characteristics and evolution into account. It will provide the community with an unprecedented database with a high legacy value for protocluster clouds, filaments, cores, hot cores, outflows, inflows, and stellar clusters studies. 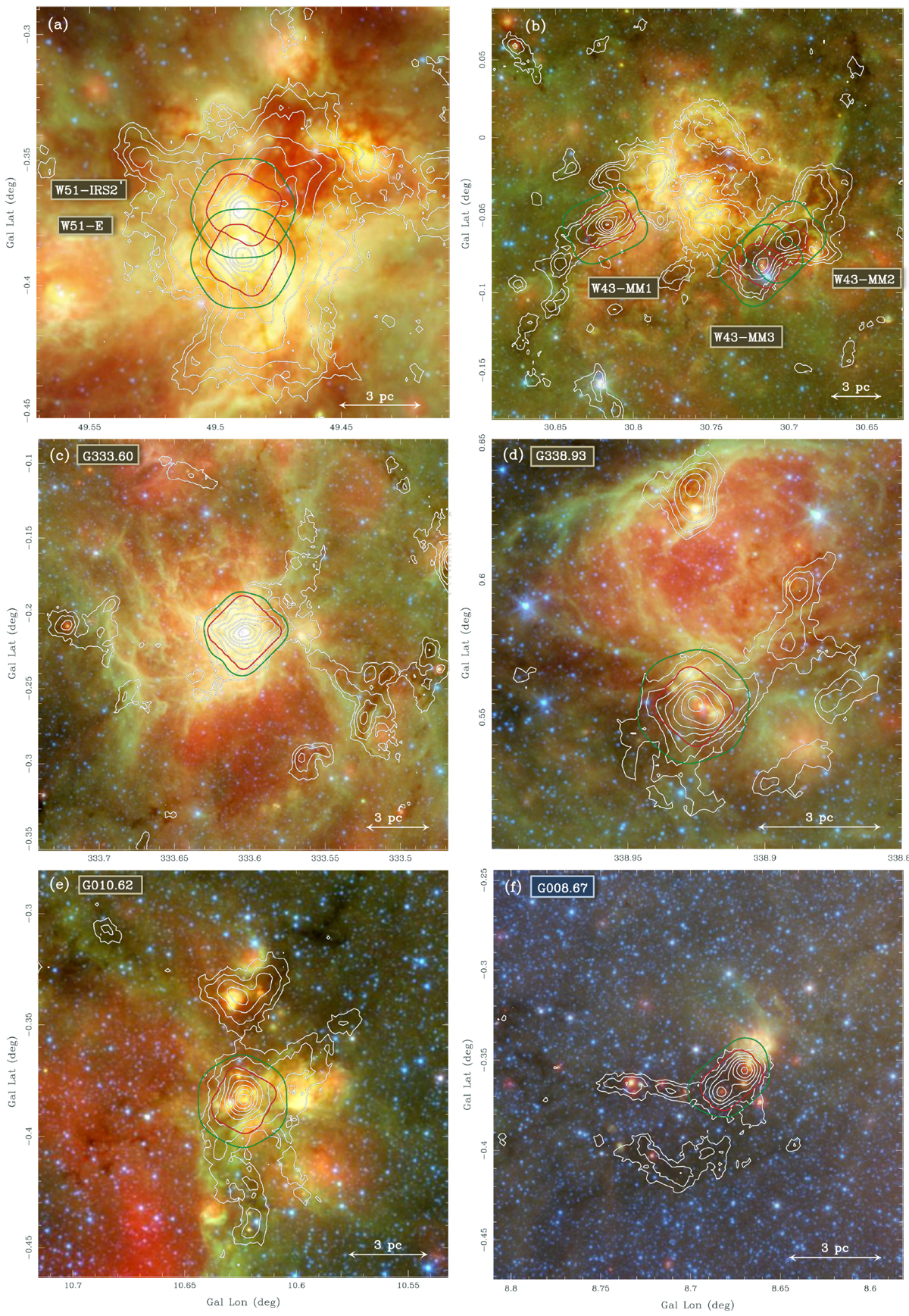