Thorough characterisation of the 16 Cygni system. II. Seismic inversions of the internal structure

Context. The advent of space-based photometry observations provided high-quality asteroseismic data for a large number of stars. These observations enabled the adaptation of advanced analyses techniques, until then restricted to the field of helioseismology, to study the best asteroseismic targets. Amongst these, the 16Cyg binary system holds a special place, as they are the brightest solar twins observed by the Kepler mission. For this specific system, modellers have access to high-quality asteroseismic, spectroscopic and interferometric data, making it the perfect testbed for the limitations of stellar models.
Aims: We aim to further constrain the internal structure and fundamental parameters of 16CygA&B using linear seismic inversion techniques of both global indicators and localised corrections of the hydrostatic structure.
Methods: We start from the models defined by detailed asteroseismic modelling in our previous paper and extend our analysis by applying variational inversions to our evolutionary models. We carried out inversions of so-called seismic indicators and attempted to provide local corrections of the internal structure of the two stars.
Results: Our results indicate that linear seismic inversions alone are not able to discriminate between standard and non-standard models for 16CygA&B. We confirm the results of our previous studies that used linear inversion techniques, but consider that the observed differences could be linked to small fundamental parameters variations rather than to a missing process in the models.
Conclusions: We confirm the robustness and reliability of the results of the modelling we performed in our previous paper. We conclude that non-linear inversions are likely required to further investigate the properties of 16CygA&B from a seismic point of view, but that these inversions have to be coupled to analyses of the depletion of light elements such as lithium and beryllium to constrain the macroscopic transport of chemicals in these stars and also to constrain potential non-standard evolutionary paths. 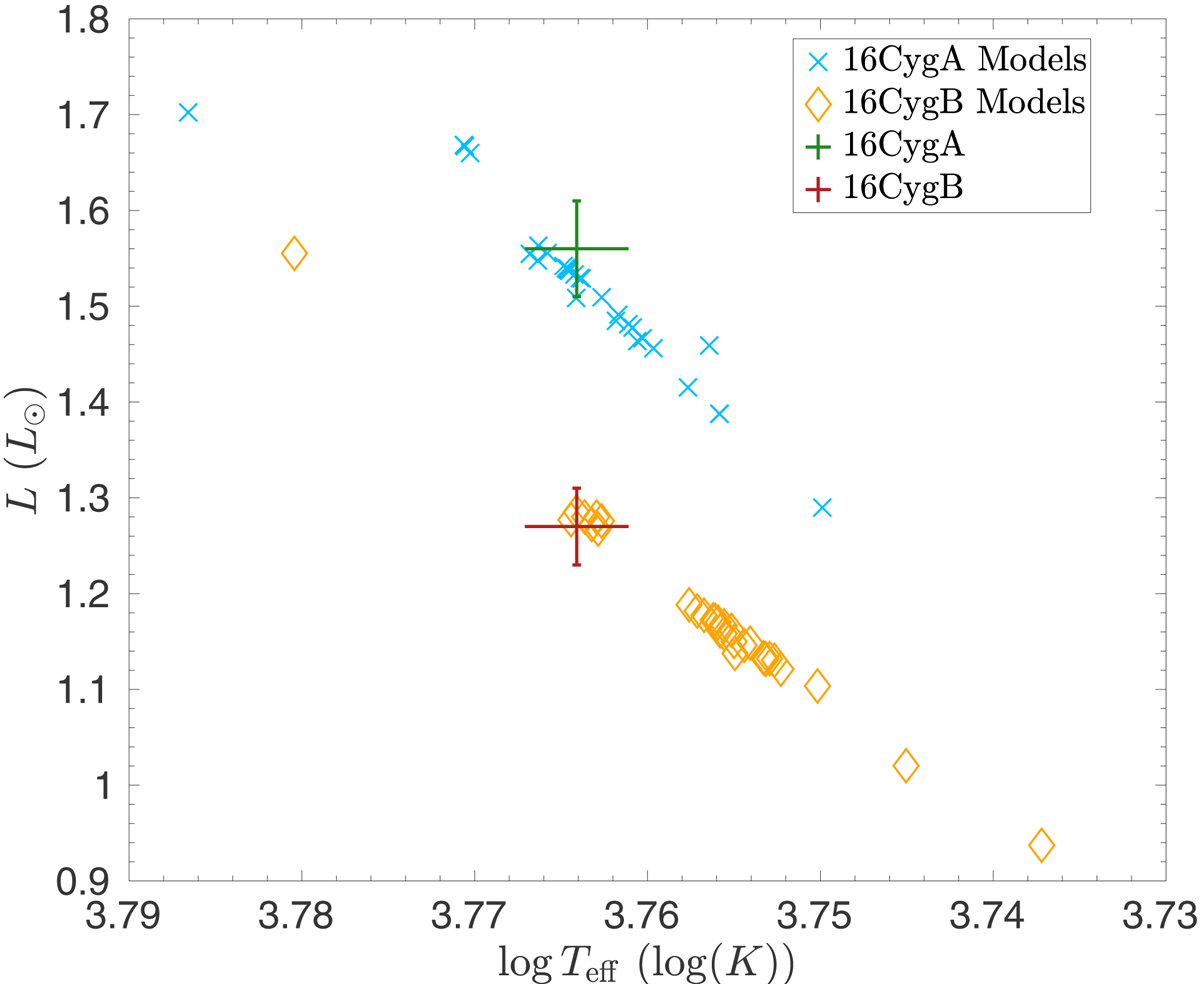