The miniJPAS survey: Identification and characterization of the emission line galaxies down to z < 0.35 in the AEGIS field

The Javalambre-Physics of the Accelerating Universe Astrophysical Survey (J-PAS) is expected to map thousands of square degrees of the northern sky with 56 narrowband filters (spectral resolution of R ∼ 60) in the upcoming years. This resolution allows us to study emission line galaxies (ELGs) with a minimum equivalent width of 10 Å in the Hα emission line for a median signal-to-noise ratio (S/N) of 5. This will make J-PAS a very competitive and unbiased emission line survey compared to spectroscopic or narrowband surveys with fewer filters. The miniJPAS survey covered 1 deg2, and it used the same photometric system as J-PAS, but the observations were carried out with the pathfinder J-PAS camera. In this work, we identify and characterize the sample of ELGs from miniJPAS with a redshift lower than 0.35, which is the limit to which the Hα line can be observed with the J-PAS filter system. Using a method based on artificial neural networks, we detect the ELG population and measure the equivalent width and flux of the Hα, Hβ, [O III], and [N II] emission lines. We explore the ionization mechanism using the diagrams [OIII]/Hβ versus [NII]/Hα (BPT) and EW(Hα) versus [NII]/Hα (WHAN). We identify 1787 ELGs (83%) from the parent sample (2154 galaxies) in the AEGIS field. For the galaxies with reliable EW values that can be placed in the WHAN diagram (2000 galaxies in total), we obtained that 72.8 ± 0.4%, 17.7 ± 0.4%, and 9.4 ± 0.2% are star-forming (SF), active galactic nucleus (Seyfert), and quiescent galaxies, respectively. The distribution of EW(Hα) is well correlated with the bimodal color distribution of galaxies. Based on the rest-frame (u − r)-stellar mass diagram, 94% of the blue galaxies are SF galaxies, and 97% of the red galaxies are LINERs or passive galaxies. The nebular extinction and star formation rate (SFR) were computed from the Hα and Hβ fluxes. We find that the star formation main sequence is described as log SFR [M⊙ yr−1] = 0.90−0.02+0.02 log M⋆[M⊙]−8.85−0.20+0.19 and has an intrinsic scatter of 0.20−0.01+0.01. The cosmic evolution of the SFR density (ρSFR) is derived at three redshift bins: 0 < z ≤ 0.15, 0.15 < z ≤ 0.25, and 0.25 < z ≤ 0.35, which agrees with previous results that were based on measurements of the Hα emission line. However, we find an offset with respect to other estimates that were based on the star formation history obtained from fitting the spectral energy distribution of the stellar continuum. We discuss the origin of this discrepancy, which is probably a combination of several factors: the escape of ionizing photons, the SFR tracers, and dust attenuation, among others. 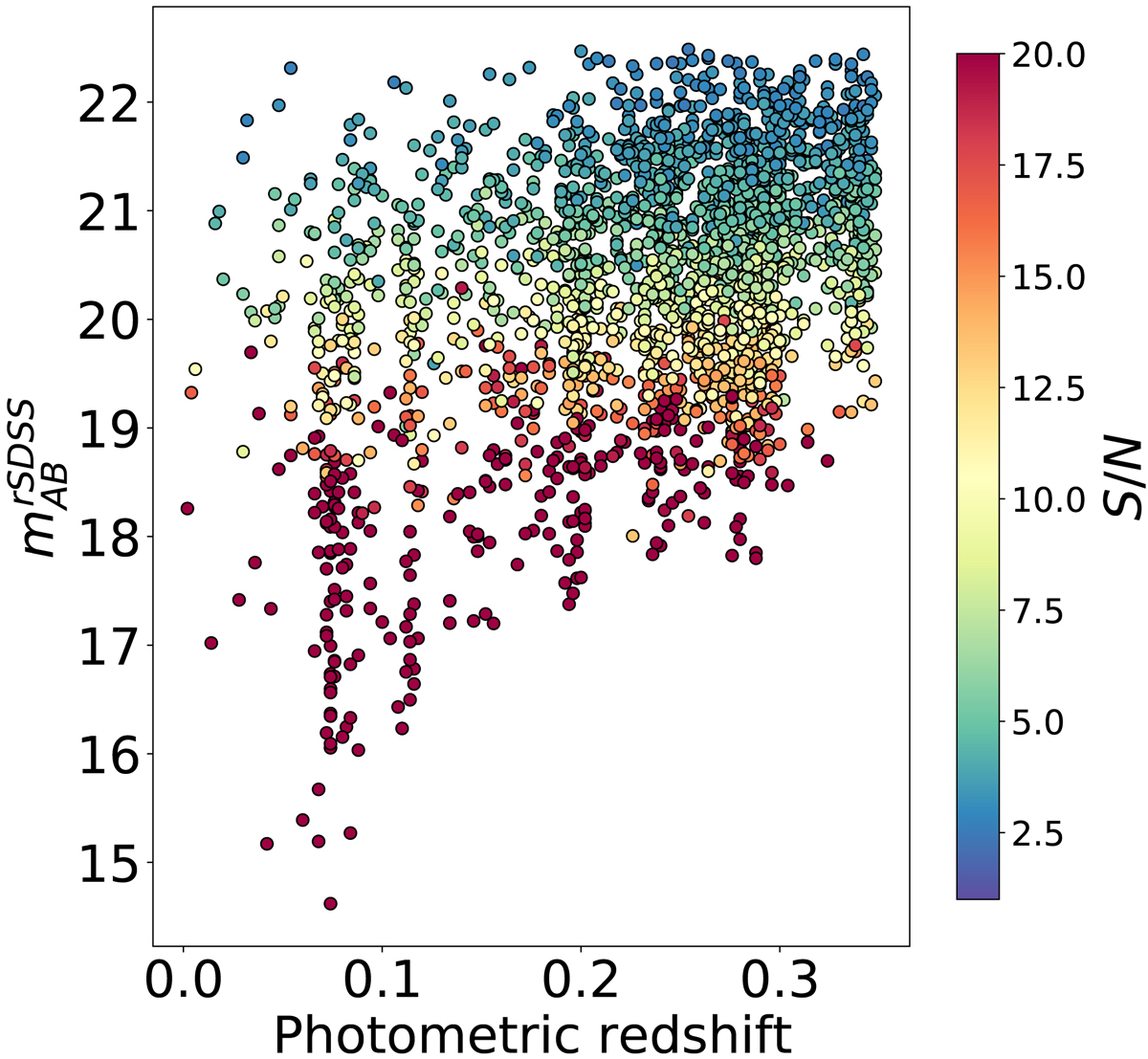